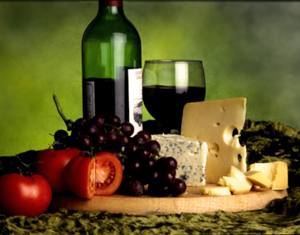 Getting started eating gluten-free may seem daunting. The typical American diet contains an overload of wheat, our main source of the problematic protein known as gluten. (The other sources are rye and barley.) But going gluten-free doesn’t have to be that difficult, doesn’t deprive you of wholesome, nutritious foods, and can be mastered with a little practice.

The first thing to keep in mind if you are avoiding gluten is that unprocessed meats, vegetables, fruits, rice and beans are all naturally gluten free. So if you enjoy an old-fashioned meal of meat, baked potato and veggies, a gluten-free diet won’t keep you from the foods you love.

On the other hand, there are some conventional, dietary mainstays that you have to give up. These include pretzels, pizza, bagels, rolls, hot dog buns, donuts and most breakfast cereals. The good news for those concerned with their nutrition: Most of the foods you have to stop eating are not very rich in nutrients. They’re merely heavy in starch and calories.

You have to cultivate the habit of reading labels on packaged foods if you hope to avoid gluten. Merely assessing the basic food contained in a can or box is often not sufficient. For example, you might think that a food like Rice Krispies, made primarily from rice (a gluten-free grain) would be OK to eat. But, as Everydayceliac.com points out, “Check the box of Rice Krispies, you’d think it’s gluten free since it’s a rice cereal. You’d be wrong. They use malt extract as a flavoring.” Malt is made from barley and contains gluten. So even though rice is gluten-free, not all foods made with rice lack gluten.

Beer is also made from malt. So unless you’re buying a beer specifically labeled “gluten-free,” the medical consensus is that a gluten-free diet excludes beer.

In general, foods that should be avoided (unless they are labeled “gluten-free”) include:

Foods that are gluten-free include:

For those addicted to baked goods, a variety of gluten-free alternatives to wheat-based cookies and cakes are now available. But these items are expensive, don’t often taste like their conventional counterparts and don’t contribute much to a healthy diet.

Some other tips for keeping gluten out of your foods:

In general, simple, basic foods that you prepare yourself and that exclude wheat, barley and rye are usually your best choices when you want to avoid gluten. For a fairly complete list of brand-name foods that are gluten-free, you can consult http://www.glutenfreeinfo.com/.