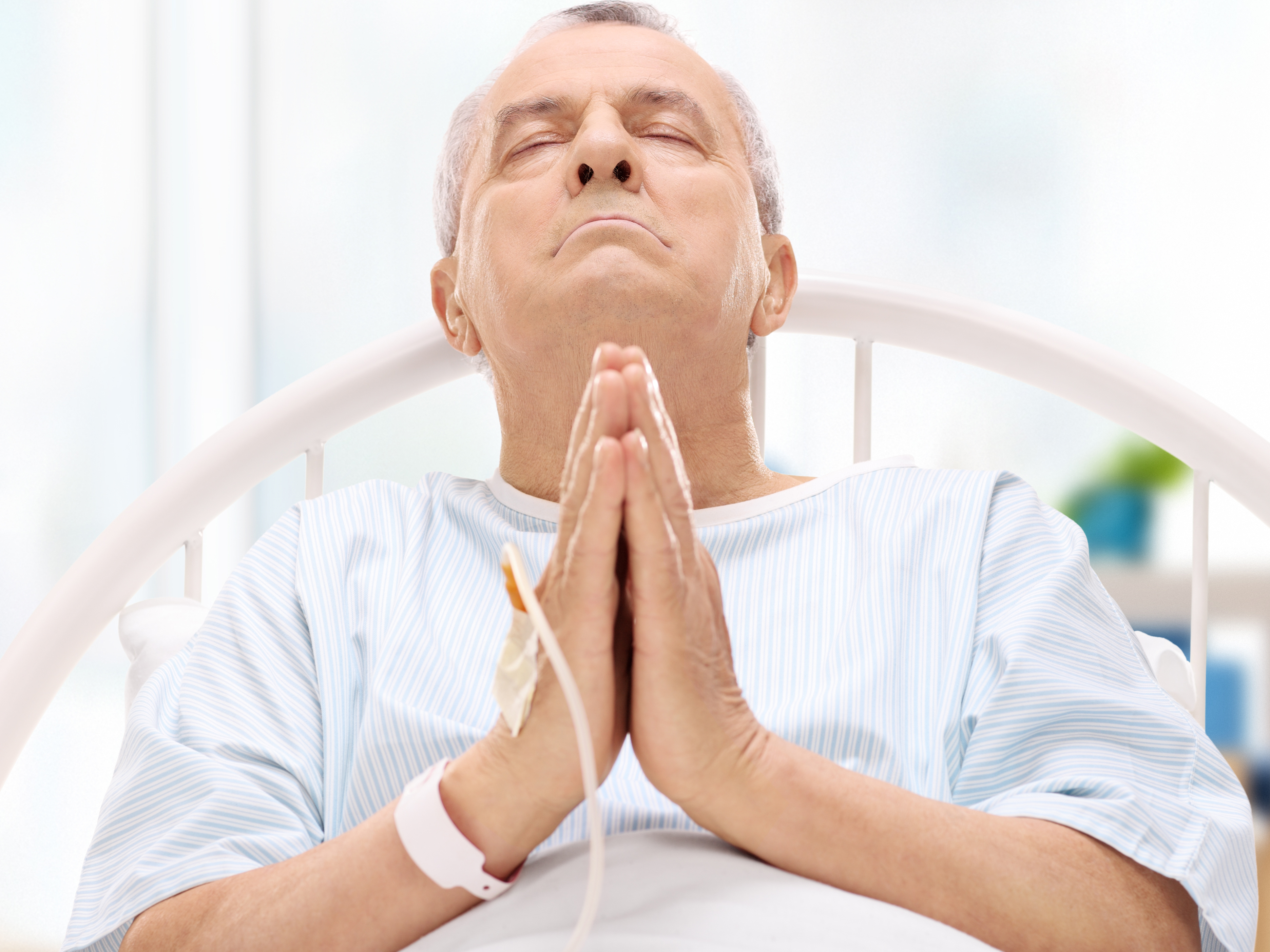 Spiritual beliefs and religious institutions have been with humans since the beginning of time, it seems. Every culture around the world holds some form of religious or spiritual beliefs about man, creator, the universe and our place in it. When it comes to horrible events like car accidents, disease and death, and explanations of the unknown, many turn to religion or spirituality to find console and meaning. And it seems when faced with diagnosis of cancer, and its drastic treatments, those patients who hold close some form of religion or spirituality fair better in three areas of quality of life when compared to those who do not.

Are you religious or spiritual?

Many often associate the word spiritual with the word religion, yet the two can be quite separate. In general terms, religion consists of an organized community that holds the same faith, believes in the same written doctrine and lives by the same code of behavior. It is quite organized and structured. And while spirituality is part and parcel of religion, the converse is not always true.

Spirituality, on the other hand, embraces a person’s individual beliefs and experiences relating to something “larger than them,” or divine in nature. It is a non-religious way of finding meaning in life and constructing a worldview based on what is held sacred to them, and perhaps others.

There are also people who are neither spiritual nor religious, and in any case, everyone gets ill from time to time, or contracts a life-threatening disease. Yet studies reveal that belief in the divine provides greater outcomes when compared to non-believers.

Health and quality of life

Regardless of belief system, retaining and restoring health and living with a good quality of life (QOL) are important. Interestingly, the word health comes from the root hal, meaning “to be whole.” Many people who are spiritual and/or religious, often express that their beliefs make them “feel whole.”

The American Cancer Society’s peer-reviewed journal Cancer, recently published results of a meta-analysis of a huge body of research which has examined the importance of religion and spiritualty for cancer patients and their experienced outcomes. A concise press release of the study provides a good snapshot of the data.

The study was an analysis of all available studies on the topic and contains more than 44,000 cancer patients associating religion and spirituality with their mental, social, and physical well-being. In other words, quality of life. Investigators focused on three separate analysis topics: physical health, mental health and social health.

The first analysis focused on the potential physical health benefits derived from a belief in religion or spirituality. The analysis revealed that patients who reported having a greater overall religiousness or spiritually had a greater ability to perform their usual daily tasks, when compared with non-religious or spiritual patients. They also experienced fewer physical symptoms of the cancer or its treatment.

The study’s lead author, Heather Jim, PhD, expanded on this, noting: “These relationships were particularly strong in patients who experienced greater emotional aspects of religion and spirituality, including a sense of meaning and purpose in life as well as a connection to a source larger than oneself.”

According to this section’s lead author, John Salsman, PhD, “Spiritual well-being was, unsurprisingly, associated with less anxiety, depression, or distress. Also, greater levels of spiritual distress and a sense of disconnectedness with God or a religious community was associated with greater psychological distress or poorer emotional well-being.”

The final analysis focused on social health among cancer patients or their ability to retain social roles and relationships during their illness. In this case, both religious and spiritual beliefs did show modest links with social health.

This sections’ lead author, Allen Sherman, PhD, explains, “When we took a closer look, we found that patients with stronger spiritual well-being, more benign images of God (such as perceptions of a benevolent rather than an angry or distant God), or stronger beliefs (such as convictions that a personal God can be called upon for assistance) reported better social health. In contrast, those who struggled with their faith fared more poorly.”

These are terrific findings, indeed. We now know through a massive analysis of data that belief in religion or having deep-seated spiritual beliefs can do much for improving the overall quality of life among cancer patients. We can infer, perhaps without too much of a stretch, that the same holds true for all disease patients. The power of the mind, of belief, is an essential component of health and wellbeing.

What we can’t say from these findings, is whether or not people with religious or spiritual beliefs suffering cancer lived longer than their counterparts who do not believe. But for me, having a better quality of life while I am alive is always more promising than a reduced quality life and suffering a longer life with it. Well, at least in theory.

Interestingly, the research on “longevity” shows that people who have spiritual practices, eat clean, practice meditation or relaxation techniques, take supplements, exercise and so on actually do not live longer than those who don’t. However, their quality of life is much improved and their joy in life is greater. And so it seems, if we can’t extend our lives in a measurable way, living its best quality is perhaps more than we can ask for.