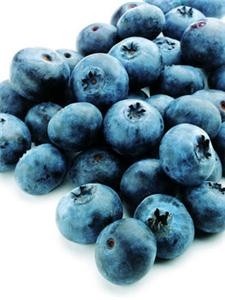 When a group of hamsters was fed byproducts of blueberry juice, researchers at the U.S. Department of Agriculture found that they had significantly lower cholesterol levels than rodents that were not given fruit skins or compounds.

The team of scientists used blueberry skins as well as fiber and polyphenols extracted from the skins that were left over after the fruits were juiced, and added the byproducts to high-fat hamster food.

The animals that were fed blueberry compound-spiked food had 22 to 27 percent lower plasma cholesterol levels than their counterparts that ate only the high-fat food. Additionally, levels of harmful LDL cholesterol were lowered by an average of 44 percent in the blueberry-fed rodents.

Authors of the study said that it is possible that one or more compounds found in blueberries has a positive effect on the liver, which is the organ responsible for creating cholesterol. The findings did not specify whether it was the blueberry skins, fiber or polyphenols that caused the beneficial effect.

The researchers noted that further research will be needed to see if the antioxidant-rich fruits have the same effects in humans.