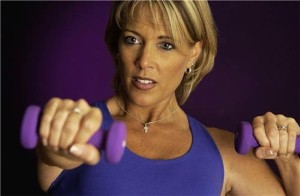 Colorectal cancer is the second leading cause of cancer-related deaths in the United States, according to the Centers for Disease Control and Prevention (CDC). In 2007, more than 53,000 Americans died from the disease, commonly referred to as colon cancer, the agency reported.

New research indicates that consistent exercise can help reduce the chances of being diagnosed with colon cancer, as well as lessen the risk of dying from the disease. The study, which was led by researchers at the Washington University School of Medicine and Barnes-Jewish Hospital in St. Louis, was the first to show that physical activity can make colon cancer less fatal.

The team concluded that individuals who exercised regularly for at least 10 years had the lowest risk of colon cancer death.

“You go for a 30-minute walk every day, and you’re going to reduce your risk of a number of diseases,” said Kathleen Wolin, the study’s lead author.