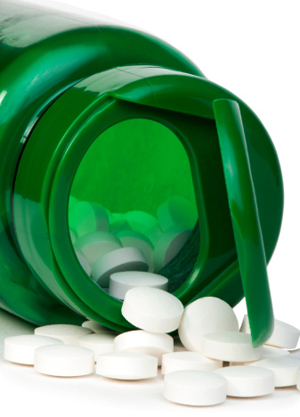 When Alzheimer’s disease robs your memory, it also shrinks the brain’s gray matter. But researchers at the University of Oxford have found that vitamin supplements may be able to slow this shrinkage.

The scientists found that when they gave B vitamins to elderly people who were starting to have memory difficulties, their brain shrinkage was reduced by more than 90 percent. In addition, they discovered that the brain areas that are most seriously impaired by Alzheimer’s, like the hippocapmpus and cerebellum, were most effectively protected.

“It demonstrates for the very first time that it is possible to modify the disease process in Alzheimer’s,” says researcher David Smith.