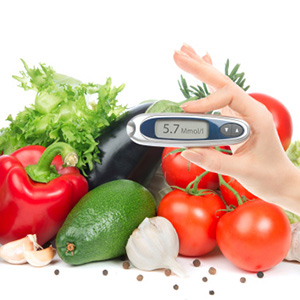 Diabetes is becoming the most widespread disease in the U.S. and the world. Researchers in Finland have identified five serious errors we’re making in our food choices and meals that are helping this epidemic grow out of control. Are you on the wrong dietary path?

According to the scientists at the University of Eastern Finland, you increase your risk of metabolic syndrome (a prediabetic condition) when you:

The researchers analyzed the diets of people suffering metabolic syndrome. You have metabolic syndrome if you have two of these characteristics: high blood pressure, high blood sugar, blood cholesterol low in HDLs and high in LDLs and/or too many pounds around the middle.

This research shows that cleaning up your diet to lower the risk of diabetes is not that complicated: Eat more fruits and vegetables. Skip the fast food. Forego the refined grains found in bread, rolls, sugary breakfast cereal, cakes and cookies. And ditch the soft drinks and avoid over indulgence in alcoholic beverages.