Home » The Food That Can Give You Diabetes 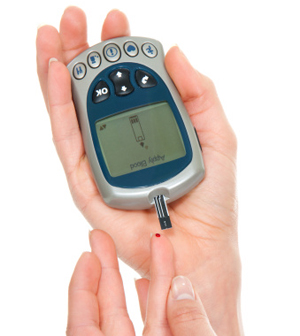 If you want to shrink your risk of diabetes, researchers warn that there’s one common food you must avoid. These scientists have found that the countries that consume the highest levels of this food have the highest rates of diabetes. And the U.S. is No. 1.

The villainous food is high fructose corn syrup (HFCS). It’s more dangerous to your health than normal sugar. The average American takes in more than a pound of HFCS every week. It is added to soft drinks and processed foods.

“HFCS appears to pose a serious public health problem on a global scale,” says researcher Michael I. Goran, professor of preventive medicine at the Keck School of Medicine at the University of Southern California (USC). “The study adds to a growing body of scientific literature that indicates HFCS consumption may result in negative health consequences distinct from and more deleterious than natural sugar.”

The research, performed jointly by USC and the University of Oxford, shows that out of 42 countries studied, the United States has the highest per capita consumption of HFCS at a rate of 25 kilograms, or 55 pounds, per year.

The second highest is Hungary, with an annual rate of 16 kilograms, or 46 pounds, per capita. Canada, Slovakia, Bulgaria, Belgium, Argentina, Korea, Japan and Mexico are also relatively high HFCS consumers. Germany, Poland, Greece, Portugal, Egypt, Finland and Serbia are among the lowest HFCS consumers. Countries with per capita consumption of less than .5 kilogram per year include Australia, China, Denmark, France, India, Ireland, Italy, Sweden, the United Kingdom and Uruguay.

“Most populations have an almost insatiable appetite for sweet foods, but regrettably our metabolism has not evolved sufficiently to be able to process the fructose from high fructose corn syrup in the quantities that some people are consuming it,” says researcher Stanley Ulijaszek. “Although this syrup can be found in many of our processed foods and drinks, this varies enormously from country to country.”