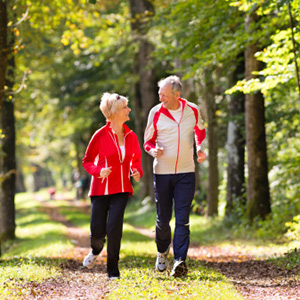 Just what is it about the word exercise that is such a turnoff? For some of us this word is synonymous with unpleasant pain, sweating, smelling and fatigue: an activity that takes too much time, money and energy. However, you know it is something you must do for your health and happiness, right? In this article and my next few reports, I’ll address the science and psychology of exercise as medicine. Then I’ll discuss ways you can become enthusiastic about launching a consistent exercise program.

Most Of Us Don’t Exercise Enough

Even children know that exercise is one of the basic requirements to getting and staying well. Nearly 80 percent of adults in America, however, do not get the recommended amounts of exercise each week, according to a Centers for Disease Control and Prevention (CDC) recent report [1]. Researchers looked at the exercise habits of more than 450,000 U.S. adults (age 18+) taken from random phone calls across all 50 States regarding their level and duration of aerobic exercise and strength training in their leisure time.

Probably most of these same 80 percent of adults who under-exercise are people who would rather just be covered under a health insurance plan so they can worry less about future pain and suffering from illness.

My opinion is that having a health plan and access to a doctor, clinic and hospital assumes greater importance if you don’t exercise. But, in fact, the best health insurance is an understanding of how the body works and what factors lead to disease; to know your particular disease risk factors and your most important lifestyle areas to focus on; and then to get to work each day to keep the doctor away. Why not effectively reduce or eliminate illness and feel good right now? For 99 percent of us (I’m included), this means exercise in some form at or beyond the recommended amount.

What is the recommended amount?

The U.S. government has produced sufficient research, analysis and correlation with chronic illnesses to confidently recommend at least 2.5 hours of moderate-intensity aerobic exercise each week or 1.25 hours of vigorous-intensity activity (or a combination of both) weekly. At the same time, each of us should be doing muscle-strengthening activities for the rest of the muscle groups like doing weightlifting, push-ups, pull-ups and core strengthening (i.e., sit-ups, yoga) at least twice a week. I’ll explain more about the types and details of these exercises in a later report.

Specifically, what illness risk can be reduced by exercise?

Let’s start with the leading cause of death in America: heart disease.

A study reported in the December 2013 Public Library of Science [2] (PLoS, a peer-reviewed journal) analyzed a15-year prospective study of 8,662 subjects who had no previous history of heart disease, stroke or diabetes. Those who engaged in “vigorous exercise” had only 16 percent the death rate from heart disease in those years compared to those who rarely exercised. That’s quite a dramatic difference, wouldn’t you say? Do you know a pharmaceutical drug without potentially harmful side effects that can effectively lower your risk of heart disease that much? It doesn’t exist.

What effect does exercise have on the risk of cancer, diabetes and other illnesses? As you might guess, fitness correlates with fewer illnesses as we age. A study published in the August 2012 Archives of Internal Medicine [3] showed that of 18,670 participants followed for 40 years, those in the bottom 20 percent of the fitness scale had almost twice the chronic illnesses by age 50 as those in the bottom 20 percent. That’s impressive to know: Just by faithfully exercising you can cut your chances of illness later in your life by half!

Physical activity has been shown to decrease the risk of certain cancers, especially at the level of elite athleticism [4]. A study reported in the October 2013 issue of Medicine And Science In Sports And Exercise [5] followed 111,266 runners and 42,136 walkers for 11.7 years. After adjusting for age, gender, race, and other confounding variables, those who exercised ≥ 1.8 MET-hours/d (walking or jogging daily) had 43.2 percent lower brain cancer mortality rates compared to non-exercisers.

What about exercise’s effect on lowering stress levels? It probably depends on what exercise you do, right? Sex obviously is one of the better stress-reducing exercises on the planet. (And, I’ll venture to guess, in the entire cosmos.) Yoga, running, bicycling and myriad other activities also lower stress as long as you do them correctly.

Running too fast or far so that you feel sick and then feeling sick with the thought of running again later obviously doesn’t relieve stress. So don’t be overly competitive or you can stress yourself out!

Now, what about the big problem: obesity? There are many studies on this subject [6] [7], but simple observation convinces you that exercise is a critical ingredient needed to reverse obesity for the long term. What’s more, it takes more than the recommended 2.5 hours of aerobic/strength training exercise per week to hold down your weight, according to some recent observations.

A 2010 JAMA report [8] of 34,000 middle-age women in the Women’s Health Study followed for 13 years revealed that (on average) they needed moderate to vigorous exercise for one hour daily in order to keep from gaining more than five pounds.  Moreover, vigorous activities were more effective than slow walking in achieving this  kind of weight control [9] [10]. According to this study, bicycling and speed walking helped prevent weight gain, but slow walking was not effective [11].

Even though it is fun to look at studies, we all inherently know (even without research to prove it) that consistent exercise keeps a body fit and a mind sound, while lowering the incidence of illness over time.

The tougher questions likely focus on how to fit exercise into your lifestyle if you lack motivation. Therefore, in my next article I’ll share with you a whole new way to view and experience exercise that should make it exciting for you. Then I’ll explore some exercise ideas to make it more fun and consistent.

These ideas should make your exercise routine less routine.