Home » The most dangerous food in your kitchen 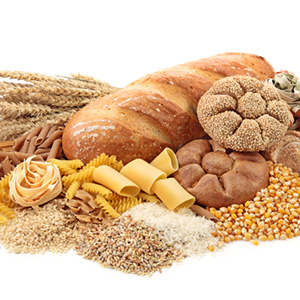 What’s the most harmful food you can eat aside from sugar? A growing consensus points to grains. They endanger your waistline while threatening your heart and pancreas more than almost any other item you can eat.

Think about this: I didn’t give up grains and go on the paleo diet for my heart health. I did it in an effort to improve my memory and deal with digestive issues. But it resulted in heart benefits I didn’t expect.

As I was losing weight, enjoying clearer skin, experiencing less arthritis in my hands and losing about 20 pounds over the course of two years, my high blood pressure went away.

That’s right. It just went away — even though I had had high blood pressure ever since it was first measured back in high school.

I now blame my long-standing blood pressure problem on grains. I don’t know how else to explain why it is now gone.

About 20 years ago, when I was in my 30s, I was an addicted runner. I ran about 50 miles a week. I took part in marathons, triathlons, 10Ks and other road races. My weight seemed to be about as low as it could get and still be at a healthy level. (I weigh about 3 pounds less now.)

But my blood pressure was stuck at hypertension — no matter how much I exercised or tried to eat what I considered a healthy diet.

My doctor’s non-explanation explanation for my hypertension was that it was due to genetics. In his view, there was nothing that could be done for it except to take medication, which I did: ACE inhibitors, calcium channel blockers, beta blockers.

Well, the last time I went to a doctor for a checkup, she took my blood pressure and then matter-of-factly told me: “I guess your high blood pressure is gone.”

And I was taking exactly zero medication.

I still jog. But I do half as much running as I used to — maybe 2 or 3 miles a day at the most. I lift some weights three times a week, but keep it light to reduce my chances of injury. And I stretch.

And eat a paleo diet devoid of grains.

No wheat. No barley. No rye. No corn. No oats. No quinoa. A tiny bit of rice once in a while.

Eat As Much As You Want

I’ve always had a big appetite and a fast metabolism. But the paleo diet has allowed me to eat as much food as I want, whenever I want.

And grains are forbidden.

I’m not alone in my desertion of grains. An aversion to grains has gained traction among a wide variety of experts and proponents of the paleo diet.

According to Mark Sisson, who writes the blog marksdailyapple.com, “Apart from maintaining social conventions in certain situations and obtaining cheap sugar calories, there is absolutely no reason to eat grains.”

As David Perlmutter, M.D., notes: “It may seem draconian,” he says, “but the best recommendation I can make is to completely avoid grains.”

Perlmutter, whose book Grain Brain warns about the negative effects grains produce on your memory and learning abilities, says: “Most grain foods, whether we’re talking about quinoa, amaranth, the very popular grains of the day, the reality is they still are associated with a carbohydrate surge. They have a fairly high glycemic index, meaning that after 90 to 120 minutes, your blood sugar is going to go up, and that is detrimental to the brain.”

Your Belly Or Your Life

Cardiologist William Davis has focused most of his anti-grain writings on pointing out the problems with the wheat in our diets.

He has observed that, “Over 80% of the people I meet today are pre-diabetic or diabetic. In an effort to reduce blood sugar, I asked patients to remove all wheat products from their diet based on the simple fact that, with few exceptions, foods made of wheat flour raise blood sugar higher than nearly all other foods.”

He also points out that whole grains cause just as many health problems as refined grains: “Yes… even whole grains (increase your blood sugar). More than table sugar, more than a Snickers bar. Organic, multigrain, sprouted–it makes no difference.”

There are a lot of reasons to give up grains. For me, the drop in my blood pressure offers constant reassurance that after a lifetime of searching for the right diet, I’m finally on the right track.