Home » The REAL reasons you are overweight 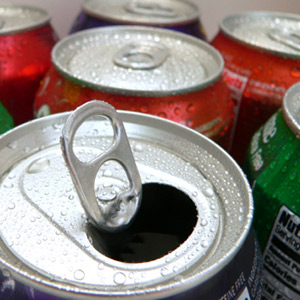 If you find it hard or impossible to reduce your weight, there are probably things in your diet you are overlooking that hampering your efforts to be slimmer or healthier.

For instance, consider the beverages you drink every day.

Many people drink soft drinks to the exclusion or near exclusion of all other beverages. Many choose diet soft drinks, foolishly thinking they are healthier choices.

According to a study in the American Journal of Public Health, if you consume more than two cans of soda each day, you can increase your chances of suffering from depression and anxiety by as much as three times the risk faced by those who drink few to no sodas.

Check out even more evidence that sodas are just plain bad for your health:

Diet drinks that contain no HFCS are equally unhealthy. The sweetener aspartame is a neurotoxin. In the body it breaks down into phenylalanine, aspartic acid and methanol. When methanol is heated above 86 degrees F, it converts into formaldehyde. The human body’s resting temperature is 98.6 degrees F.

The Most Important Meal

If you really want to lose weight, remember what your mom used to tell you about the importance of eating a good breakfast, because it’s true.

Studies show that skipping that first all-important meal of the day makes your brain crave high-calorie foods. This is because your body needs to make up those lost calories, according to Anthony Goldstone, M.D., Ph.D., of Imperial College in Great Britain.

Goldstone also believes that skipping breakfast may not only provide a stumbling block to losing weight, but it could possibly cause you to gain weight.

Previous studies have shown that people who eat breakfast on a regular basis generally consume fewer calories, tend to eat less saturated fat and cholesterol, tend to weigh less and tend to gain less weight over the years.

Plus, another study seems to show that eating breakfast each morning may help reduce your risk for obesity and insulin resistance syndrome by as much as 35 percent to 50 percent. If you regularly eat whole-grain cereal as your breakfast food of choice, you have a 20 percent less chance of dying from cardiovascular disease, according to a Harvard study.