Home » The Rising Rates Of Autism 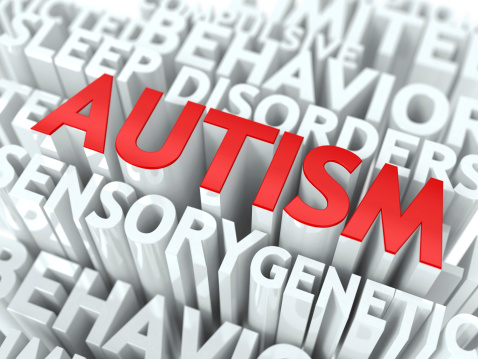 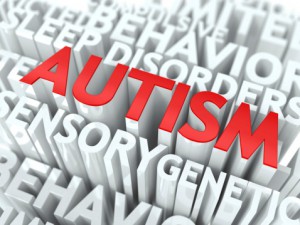 Autism is a complex neurological condition that manifests in varying degrees of severity, measured along what’s called the autism spectrum. People on the autistic spectrum generally have issues communicating and forming relationships, and show significant differences in the way their brains function, affecting behavior, motor skills, thought processes, sensory experiences and more. While many families and individuals experience this condition as disruptive and challenging, some people on the autism spectrum show remarkable traits associated with genius-level mental abilities and talents. Obviously, our understanding of this common condition is still quite limited.

Amid the emerging research however, one fact is clear: The rates of autism are rising. The most recent data from the Centers for Disease Control estimates that one in 50 children may have an autism spectrum disorder, an increase from one in 88 children estimated five years prior. These numbers have been going up for decades. And while it’s true we are better at diagnosing these conditions, improved diagnosis alone doesn’t account for the increase in numbers.

Given autism’s complex, often debilitating symptoms and growing prevalence, it’s no wonder that people want to figure out what’s causing it. However, we need to be careful when assessing blame. There may be a variety of causes, including genetics and environment. In fact, a new study shows that people with autism are more likely to be missing specific genes, carrying only one copy of a certain gene when they should normally have two copies. This absence of certain genes in autism patients may be responsible for the altered brain activity characteristic of this condition.

Some researchers theorize that autism is a result of the interaction between an individual’s genes and the environment. Specifically, a growing body of research is pointing to environmental toxins as a potential culprit. These health-robbing compounds, found in pesticides, flame retardants and other common chemicals can have a major impact on neurons, brain development, DNA and gene expression.

One of the most concerning things about autism is how many common chemicals may play a role in its development. For example, a recent study from the University of California, Davis looked at how a flame retardant chemical called BDE-49 damages neural mitochondria, the cellular power plants that give neurons their energy. Autism is thought to result from abnormal brain development, and this loss of neural energy may be an important factor.

Interestingly, California has a higher rate of autism than many other States. The State also has a strong fire safety code. While these laws don’t mandate fire retardants, they certainly encourage their use. As a result, toxic fire-retardant compounds like BDE-49 are ubiquitous, found in everything from sofas to car seats.

Another study analyzed the genes of 50 genetically identical twins. Some of the pairs of twins had autism in only one twin. The autistic subjects had a number of “epigenetic” differences compared to their non-autistic siblings, even though they share identical genes.

Epigenetics refers to the influence of factors outside of the cell nucleus that “talk” to the genes, communicating information both from the external environment and from the individual’s internal chemistry. These signals influence which genes are activated and which are deactivated, making genetic expression and behavior a constantly changing phenomenon, rather than something fixed by our genetic destiny.

In the case of twins who share the same basic genetic make-up, these differences in the autistic twin’s individual gene activity suggest that signals from the environment may influence the development of autism. It’s a sobering finding. However, the good news is that epigenetics can also be altered beneficially.

Heavy metals may be a potential environmental trigger for autism. Toxins like mercury, lead and cadmium have definite impacts on neural development. A recent study, conducted at Arizona State University, investigated blood and urine in children with and without autism. They found a significantly higher heavy metal load in the autistic children. Even more troubling, the children with higher concentrations of these toxins had more severe autism.

Some researchers have suggested links between autism and childhood vaccines, many of which contain mercury. Other research indicates that many children with autism have inherited genetic alterations that reduce their ability to detoxify chemicals and heavy metals, resulting in an accumulation of toxins with detrimental effects.

A number of studies link diet with severity of autism symptoms. Some studies have found significant changes in the digestive function of autistic patients, including specific immune and inflammatory reactions that occur in the gut after eating certain foods. In particular, wheat and gluten products may trigger a unique immune response that produces symptoms associated with autism. Other foods that appear problematic for autism include dairy products and sugar as well as artificial sweeteners such as aspartame and processed foods.

While the verdict is still out on the relationship between environmental toxins and autism, the growing body of evidence supports this possibility. We should all be doing everything possible to avoid these harmful compounds. That means eating organic produce, researching household items with less hazardous chemicals and generally being more aware of potential toxin exposure.

Regardless of the link to autism, it’s just a good idea to be careful about the items we allow into our bodies. Regular, seasonal detoxification using gentle detox supplements and a healthy, nutrient-dense diet is an important step for maintaining long-term health and may make a difference for people struggling with autism and its related complications. Any detoxification program for someone with autism should be carefully undertaken under the guidance of a healthcare practitioner who is knowledgeable and experienced in working with this sensitive population.