Home » The Running Controversy Over What Marathons Do To Your Heart 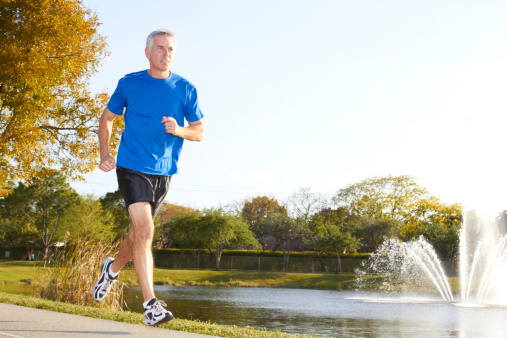 Exercise, in general, helps your heart and cardiovascular system grow stronger. But experts disagree about how much exercise is too much. Research that examines the hearts of long distance runners is not very reassuring.

When researchers at the Université Laval in Québec, Canada analyzed what happens when recreational runners take on marathon running, they discovered that those who finished the race damaged their heart muscles. In a continuing study, they found the effect was temporary and eventually reversed. However, they caution that this type of damage is more widespread in less fit distance runners.

They also stress that distance runners should train properly before running marathons.

Heart examinations showed that running a marathon led to a decrease in left and right ventricular function in half of the runners. When a lot of the heart was impacted, the heart also showed swelling and reduced blood flow.

“We first established that marathon related segmental function decrease — observed in more than half of all segments — is associated with a decrease in resting perfusion and increase in myocardial edema,” says researcher Eric Larose. “We also found that heart muscle changes were more common and widespread in runners with lower fitness and less training. Finally, we observed that these changes were transient.”

Larose doesn’t necessarily believe these temporary effects are a cause for alarm: “Segmental function decrease is associated with poor prognosis in the presence of CAD or cardiomyopathy. Segmental dysfunction also indicates a poor prognosis in adults without cardiovascular disease. Although we don’t know whether such changes mean that recreational runners are at risk, the attendant edema, and reduced perfusion suggest transient injury.

“The changes are more widespread among those with lower fitness levels and less training. Although no permanent injury was observed in this group of runners, the findings suggest that there may be a minimum fitness level needed beyond which the heart can bounce back from the strain of training and running a long race. Furthermore, these results emphasize the need for proper preparation before recreational distance runners engage in a marathon race.”