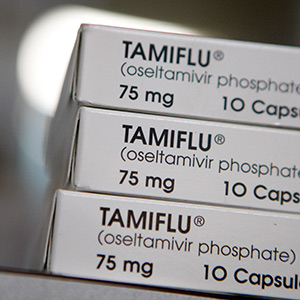 Many people who suffer from the flu take the drug Tamiflu which is supposed to fight the infectious virus that causes influenza. But does Tamiflu reduce your complication of dying from the flu? Nobody really knows because the drug company that makes the medication has withheld many relevant studies of the drug.

Dr. Ben Goldacre, writing in The Guardian, points out that “Astonishingly, in withholding this information for five years, Tamiflu’s makers, Roche, have broken no law — and it is only an accident of history that this drug has become the poster child for change.”

Goldacre argues that Big Pharma, in cahoots with regulators like the Food and Drug Administration (FDA), have colluded to bury the results of many studies that show pharmaceuticals don’t work.

Fortunately, the secrecy surrounding drug trials may soon change. A movement is afoot to force drug companies to release all their results.

As Goldacre notes, “Some 130 patient groups, representing more than 100 million patients, have signed up to All Trials, a campaign I co-founded with the BMJ and other groups a year ago. Others supporting the campaign include Nice, the Medical Research Council and GlaxoSmithKline one of the biggest drug companies in the world.”

Meanwhile, Tamiflu may be beneficial as Big Pharma claims. But there’s no way for your doctor or you to really know for sure. As a medical committee in England points out: “There remains a lack of consensus over how well Tamiflu works and there is disagreement about whether regulators and NICE (National Institute for Health and Care Excellence) received all the information on Tamiflu during the licensing process.”