Home » The Vitamin That Kills The Pain 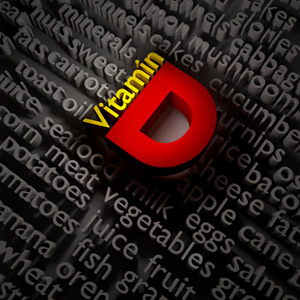 If you suffer the pain and fatigue of fibromyalgia, researchers have good news. A simple vitamin supplement can shrink your pain and may be better for you than a drug.

Scientists in Austria have found that people with fibromyalgia syndrome (FMS) who have low vitamin D levels can use vitamin D3 supplements to reduce their pain. Vitamin D, say the researchers, may be a cost-effective alternative or adjunct to other treatment.

“Low blood levels of calcifediol (a precursor to the active form of vitamin D in the blood) are especially common in patients with severe pain and fibromyalgia. But although the role of calcifediol in the perception of chronic pain is a widely discussed subject, we lack clear evidence of the role of vitamin D supplementation in fibromyalgia patients,” says researcher Florian Wepner of the Orthopaedic Hospital in Speising, Vienna, Austria. “We therefore set out to determine whether raising the calcifediol levels in these patients would alleviate pain and cause a general improvement in concomitant disorders.”

The researchers found that about six months of supplementation with vitamin D3 reduced pain and helped relieve morning fatigue in people with FMS.

“…FMS is a very extensive symptom complex that cannot be explained by a vitamin D deficiency alone. However, vitamin D supplementation may be regarded as a relatively safe and economical treatment for FMS patients and an extremely cost-effective alternative or adjunct to expensive pharmacological treatment as well as physical, behavioral, and multimodal therapies,” says Wepner. “Vitamin D levels should be monitored regularly in FMS patients, especially in the winter season, and raised appropriately.”