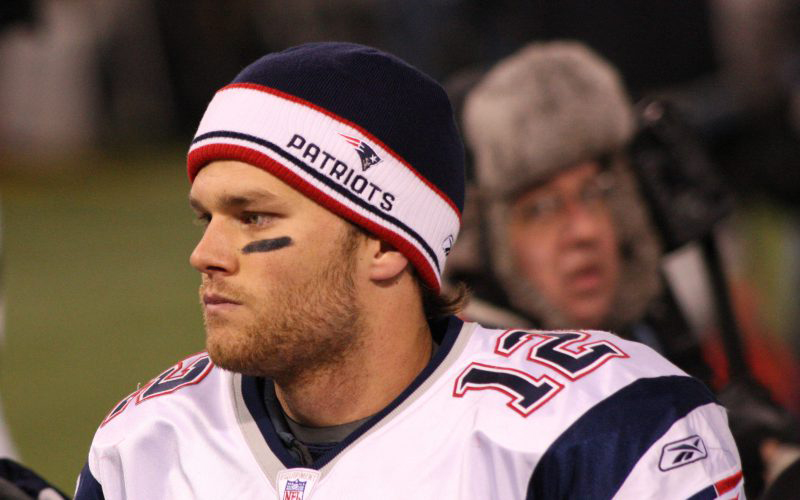 Food is health and health is food. But the practitioners of orthodox medicine do not want you to know that. They prefer to let you get sick so they “practice” their medicine on you and treat your symptoms with drugs.

So it’s not surprising that The New York Post would trot out an orthodox medicine-taught “nutritionist” to establish that New England Patriots quarterback Tom Brady’s healthful diet and lifestyle as unscientific hokum, dangerous, “sketchy” and unattainable by most people.

Brady just played his record-breaking fifth Super Bowl win. No other quarterback has won more than four. It is an amazing feat for a 39-year-old who, as the Post notes, was considered stocky and slow and picked in the sixth round of the draft but who is now considered one of the best quarterbacks ever. He is still on top of his game, and is obviously doing something right.

So what’s his secret? Tom Brady and his wife, Gisele Bündchen, eat only organic and adhere to an alkaline diet. As The Post notes, “Followers believe that consuming so-called ‘acidic’ foods, such as meat and dairy, will cause the blood to become acidic and promote disease growth.”

Well, my friends, that is exactly the case, as I have written many times. Death comes with total saturation of the body with acid. The Western diet is mostly acid. Acid (low pH) causes fermentation and disease.

When tissue cell calcium is low, the void is filled with acid. Viruses, fungus and bacteria can only survive in an acid environment. Acid buildup in the tissue is toxic waste that creates more toxic waste. It compounds toxic waste. This is exactly what is happening to millions of Americans, but it is a slow process and does not appear as arthritis for many years.

Vaginal infections including herpes simplex II, as well as kidney and urinary tract infections, thrive in a body saturated and debilitated with acidity. Candida albicans is also the result of too much acid in the cell fluids. It has been proven many times that as acidity is reversed to alkalinity, candida goes away.

Standard medicine orthodoxy in the Post article claims you can’t make your blood more alkaline, and therefore thinner and less viscous. Of course, that’s what they want you to believe so that they can prescribe you their blood thinning drugs as you age.

In fact many diseases such as diabetes, high blood pressure and obesity are caused by acidosis, and many other serious illnesses like cancer thrive in acidic environments.

Most people need alkalinity to balance their pH. The consequences of low or acid pH are serious, leading to acidic saturation of the body and death.

Dr. Theodore A. Baroody in his book, “Alkalize or Die,” writes:

When there is an overindulgence in acid-forming foods (especially fried processed foods) the body sickens. In its marvelous wisdom, the body will make every possible effort to rebalance this transgression by expelling as quickly as possible, all acid-forming residues. But when this alkaline reserve is depleted, death follows.

To replenish and sustain your alkaline reserves, follow the Rule of 80/20 — which means to eat 80% of your foods from the alkaline-forming list and 20% from the acid-forming list.

Research, clinical experience and knowledge of the “greats” in nutrition have re-confirmed this ideal ratio of 80/20%. In fact, competent practitioners from as long ago as Hippocrates have been using this ratio to heal virtually every condition known. When Hippocrates’ dietary recommendations were calculated according to present biochemical means, the same ratio appeared – 80/20%. To accomplish this, eat 8 out of 10 foods in a day from the alkaline-forming list in Chapter 8. Balance your food by using the Rule of 80/20, and your alkaline reserves will not diminish. (emphasis in the original. –BL)

Common foods that are most alkaline found in Chapter 8 of Baroody’s book include:

There are too many to mention them all here, but I have listed most of them in “Where are you on the Nutrient-Density Line?,” which is a diet similar to Baroody’s Rule of 80/20.

High pH or about 7.25 is alkaline and increases the oxygen content of the blood and tissue. Alkaline pH is very positive for health.

As a general rule, raw, whole foods are alkaline and healthy. Meats are always acid.

Now back to Tom Brady and the article in The Post. The 80/20 diet is obviously working for Brady, despite the slander and “guilt by association” the author uses to discredit it. The Post tries to link Brady with Robert O. Young, a naturopath and author of the “pH miracle” set of books who was convicted of practicing medicine without a license after a patient of his died (then parenthetically mentioning that Brady had no association with Young.)

Brady never worked with Young, although the Post would like you to associate the two of them. Also, note that Young’s “crime” was not in being responsible for the patient’s death. Rather, it was in not receiving official American Medical Association sanction. Had he acquired the official imprimatur of the AMA little or nothing would be said about a dead patient, as we see more than 250,000 times each year.

It has long been common practice by the AMA, Big Pharma and government agencies to squash by hook or crook any new treatment or cure that doesn’t come from the medical-industrial complex, especially when it works and/or cannot be patented.

Following the 80/20 diet may not make you play or look like Tom Brady, but it will help you toward reaching of state of complete health.