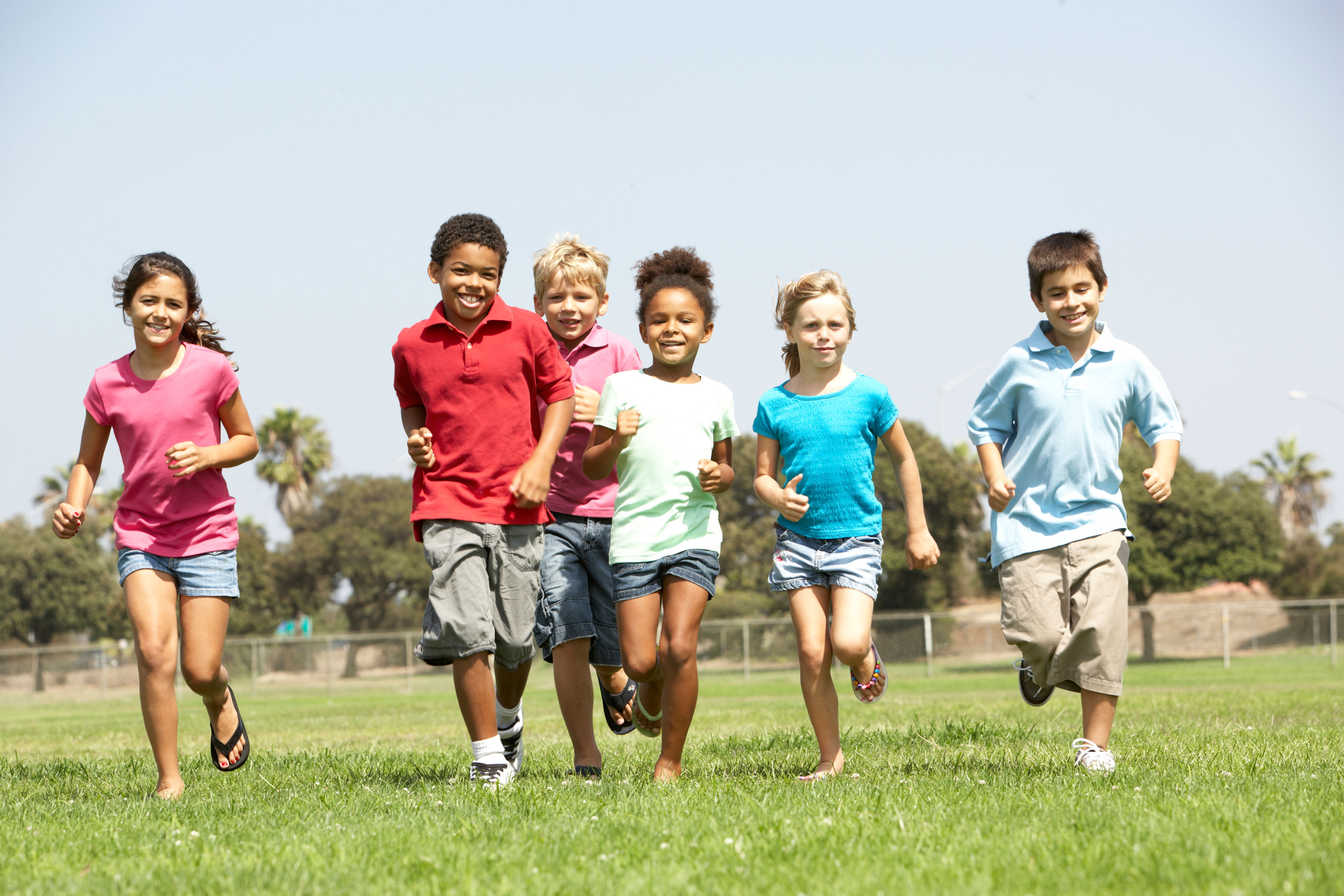 With all the excitement that takes place during the summer season, it’s easy to forget about the common hazards brought on by extremes in weather, outdoor activities and more. Paying attention to kids during this time is especially important, particularly in cases of sunburn and dehydration. Here’s a list of common summer health hazards and the best natural ways to address them.

During the hotter, longer days of summer, the sun’s rays are stronger and much more dangerous for the skin in terms of burns and heat-related problems. In the extra heat we shed layers of clothing for comfort. And despite the known risk of skin cancer, many people still want to tan in the sun, which in many cases involves burning of the skin.

The best advice: Stay out of the sun, or cover yourself with specific SPF clothing or all-natural sunscreen with minimum 30 SPF. Sunburns cause pain, tightness, swelling and dark redness of the skin. Heat and inflammation from the burn can be treated topically with arnica gel as well as systemically with foods and botanicals such as fresh vegetables, mint, honeysuckle and turmeric.

Peeling skin after a sunburn

Peeling after sunburn is part of the natural repair mechanisms of the skin as it sheds the burned, dead skin. In the days following a sunburn, the dried, dead skin is still intact and continues to protect the tender, new skin being rebuilt underneath. The dead skin begins to flake or peel a few days later, when the new skin is ready to be exposed. However, these new skin cells are more vulnerable to burning. So make sure to take even further precaution against sunburns with the strategies discussed previously while skin is in the peeling state. Light, natural moisturizers and aloe vera can be very helpful at this stage in the process, to reduce the look of peeling and help to nourish and protect new skin cells. 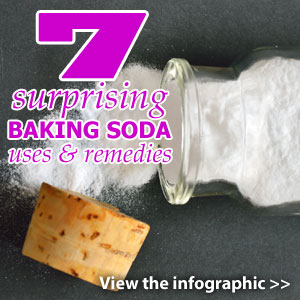 These plants are rich in oils that produce allergic reactions in many people. Reactions are typically seen in the form of an oozing rash, itching, redness and swelling; and they can range from mild to life-threatening, depending on the person. If severe allergic reaction occurs, such as immediate swelling or blockage of the air passage, emergency medical attention is critical. For most people however, the reaction is less intense, but still uncomfortable, and can last up to two weeks. The reason reactions tend to be worse in the summer is that the heat causes pores to open and allows the oils to spread more easily, which is why cold water rinses are important after exposure, rather than a hot shower. Also, people tend to spend more time out in nature during warmer months and are, therefore, more at risk of exposure. Treatments can include topical creams containing zinc oxide and ferric oxide such as the classic “calamine lotion,” which helps to reduce itching and also acts as a mild astringent to prevent spreading, reduce infection and dry out the rash. The herb Grindelia (Gumweed) has shown benefits when applied topically as an herbal infusion. Green clay and/or oatmeal, salt or baking soda are also used to draw out the oils, dry the rash and help reduce inflammation and itching. A Tibetan herbal formula has been researched for its ability to reduce inflammation, combat infection and help to modulate overactive immune responses causing heightened allergic reaction to the oils in poison oak and poison ivy.

Mosquito and other bug bites

The warmth and humidity in summer are heaven to mosquitos and other bugs. And the more time spent outdoors during the long warm days, the greater the chances of being stung or bitten by a pesky bug. Bug bites usually cause localized reactions, creating a red itchy welt or minor swelling. The same topical treatments for poison oak and poison ivy can also help with bug bites to draw out the poison and reduce inflammation and itching. Also, calendula balm, arnica cream, aloe vera and other topical ointments can help soothe the skin and reduce pain and inflammation.

Heat rash is a reddish rash usually caused when sweat ducts are blocked by constrictive clothing. The sweat ducts swell and can become itchy. But in prolonged cases, heat rash can lead to a more serious infection and may spread to lymph nodes or other areas. If fever, swollen lymph nodes or pus in the affected areas are present, be sure to call your doctor right away. First-line treatments: Remove clothing, get out of the heat or sun and let the skin air dry. Again, the same topical remedies for poison oak/poison ivy and bug bits can also help to alleviate the rash. Chinese herbs such as Ce Bai Ye (Platycladus orientalis), as well as menthol and camphor, are good topical choices to cool the area, reduce pain and decrease inflammation.

Bees, wasps and hornets gather near sources of fresh water such as pools, lakes and swimming holes, where people also congregate during the heat of summer. It’s easy to get stung while swimming or walking near these areas. In most cases, bee stings are painful and annoying for a few days. But some individuals are extremely allergic to them. In fact, some people can die from one bee sting and these people often carry an “Epi Pen” with them in case they get stung and go into shock. Often, the first reaction is to put your hand right away on the sting, in response to the pain. But this is the wrong thing to do. The sac that holds the venom is at the top of the stinger; and if you put pressure on the sting with your hand, you’ve pushed most of the venom into your skin. What you should do is get a pair of tweezers or forceps and pull the stinger out from the top, to avoid releasing more venom. One of the first things to do after you’re stung and you’ve removed the stinger is to apply something that can absorb the venom. Salt is very useful for this. Pack fine sea salt into the sting, and it will help to pull the venom out of the skin. Other drying agents that can pull out the venom include bentonite clay or baking soda. Ointments such as arnica gel (Traumeel gel) or calendula balm help soothe and reduce inflammation.

Heat stroke is very dangerous, especially for children. It is caused when the body temperature is drastically elevated over a short period, without time to acclimate. Extreme dehydration also plays a role. If you notice that you are or your child is very out of it, dizzy, or exhausted and unable to focus in intense heat, or if nausea or vomiting is present, get to the emergency room for treatment. A 500 ml saline IV can save lives. It’s best to prevent heat stroke altogether by staying out of intense heat and resting rather than participating in intense activity during extreme heat. Always stay well-hydrated with electrolyte fluids containing sodium, potassium and magnesium.

Most of us don’t drink enough water normally; during intense heat, dehydration can be potentially deadly, especially for children. Children are smaller with less of a fluid reservoir so they dehydrate much more quickly. It’s particularly dangerous in dry climates because sweat evaporates so quickly you may not even notice that you are losing a large amount of fluids. Symptoms can be similar to heat stroke, so cooling down and resting are critical. It’s also crucial to replenish fluids and electrolytes as mentioned above. After a certain point, however, there’s only so much that oral hydration can do if the dehydration is extreme. In these cases, a saline IV can also save lives. Extreme dehydration and heat stroke are both medical emergencies and can be deadly if not treated promptly.

Swimmer’s ear is caused when water enters the ear canal and gets trapped by excess ear wax, temporarily reducing hearing. It can also cause inflammation and swelling and may lead to ear infections in more serious cases. A gentle method to help provide relief involves the application of an antiseptic, softening agent to the ear, such as tea tree oil, grapefruit seed oil, garlic-infused olive oil or a rubbing alcohol and white vinegar mixture. To get out the water, lie sideways to allow the mixture to sit in the ear for a few minutes, and then gently flush with a large, warm water-filled syringe.

Specific supplements can also be taken to help reduce inflammation-related congestion and pressure in the ears. A Tibetan herbal formula provides anti-inflammation, immune and circulation support. Another recommendation is a medicinal mushroom formula that also promotes circulation and drainage and offers protection against possible infection. It’s also very important to support the mechanical drainage of the ear and sinuses. This can be done through stimulating specific pressure points around the ears, nose and forehead; massaging there two to three times a day is highly effective.

By taking a few extra measures in advance, we can ensure we get the most out of our relaxing vacations, summer celebrations and outdoor adventures.