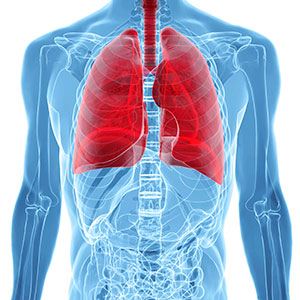 Tuberculosis and other similar lung diseases are becoming more deadly and difficult to treat. But a vitamin that helps the immune system can speed the lungs’ recovery and make antibiotics more effective.

Researchers at the Centre for Health Sciences at Barts and The London School of Medicine and Dentistry have found that taking vitamin D can help antibiotics wipe out Mycobacterium tuberculosis, the bacterium that causes tuberculosis.

The study examined 146 people in England who had drug-sensitive tuberculosis. Taking vitamin D along with a course of drugs cleared tuberculosis from the lungs in an average of five weeks. Without vitamin D, the same process took six weeks.

The scientists also discovered that people with a particular genetic type of vitamin D receptor in their cells turned out to be much more vitamin D responsive than other people. Their tuberculosis cleared remarkably faster when they were given vitamin D at the same time as they received antibiotics.

Another fact discovered in the research: 97 percent of the people in the study who had tuberculosis were found to be vitamin D deficient.

According to researcher Adrian Martineau: “Vitamin D is best known for its effects on bones – it prevents rickets and osteomalacia — but it also has important effects on the immune system. High dose vitamin D was used to treat TB in the days before antibiotics were available, but clinical trials have not previously been performed to find out how TB patients’ genetic make-up can affect their response to vitamin D supplementation. The finding that patients who have a particular type of vitamin D receptor are very responsive to vitamin D is new and gives us insights into how vitamin D can affect the immune response.”