Home » When Arthritis Starts To Hurt 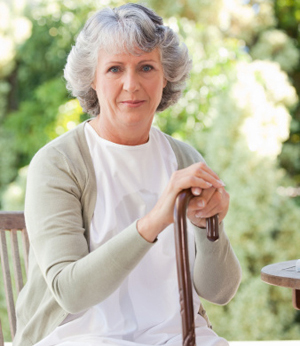 The pain of arthritis plagues Americans as we grow older, despite advances in medical science. It doesn’t seem fair that pain should increase with advancing age, when we deserve more happiness and comfort, not less. In this report I’ll discuss the process of arthritis and what conventional medicine has to offer for treatment. In a future article I’ll explore the root causes of arthritis and what you can do about it other than prescription medications to control the pain.

The cause of arthritis is considered to be idiopathic (unknown) according to conventional medical belief. Yet rheumatologists look for and treat approximately 100 forms of arthritis. These include the categories of osteoarthritis, spondylitis, psoriatic arthritis, systemic lupus erythematosus, dermatomyositis, gout, reactive arthritis and reflex sympathetic dystrophy. Some of these conditions lead the body to produce specific antibodies that can be identified, yet clearly all these types of arthritis represent inflammatory conditions of the joints and tissues.

Like most types of arthritis, rheumatoid arthritis is considered an autoimmune disorder. In any autoimmune condition (and in all inflammatory conditions that I believe arise in similar fashion), your immune system becomes sensitized by proteins in the gut or in the blood. This triggers a host of immune system cells that produce inflammation in an attempt to protect the individual.

These immune cells are white blood cells that dump inflammatory chemicals that lead to tissue damage. [1] In the process, the fighter cells attack your bones and joints causing recurring flares of pain, swelling and eventually bone erosion with disfigurement. In rheumatoid arthritis patients other problems with inflammation lead to:

The classic arthritis medicines are the well-known non-steroidal anti-inflammatory drugs (NSAIDs) such as aspirin, ibuprofen and longer-acting related compounds. Of course, these can have serious side effects.

For example, NSAIDs are the 15th leading cause of reported deaths in the U.S. They can cause stomach bleeding, directly causing more than 16,000 deaths and 100,000 hospitalizations annually. Speaking about NSAIDs, a 1999 New England Journal of Medicine article [2] reported, “Yet these toxic effects remain largely a ‘silent epidemic,’ with many physicians and most patients unaware of the magnitude of the problem.”

The next prescription medication of choice is the longer-acting anti-inflammatory drug prednisone (or equivalent) at high doses. This is very effective for many types of inflammatory conditions, but safe only for the short term — less than four weeks. The longer the duration and more frequent the courses of prednisone, the more horrible and irreversible the side effects can be. Prednisone can lead to moon-shaped face, buffalo-humped shoulders and upper torso, accelerated osteoporosis, weight gain, immune suppression, and steroid psychosis (which is not very common). They can also adversely affect the stomach lining just like the NSAIDs.

An effective and safe prescription medication for pain relief is tramadol (Ultram®). It blocks pain by acting on the brain like opioid narcotics, but without their side effects or addictive properties. Some people feel so good on tramadol that it can be habit-forming.

Also available are stronger analgesics: narcotics. These, of course, will make you loopy at high doses. They are also addictive if taken for longer than four weeks. From 1962 to 1988, the U.S. experienced a 300 percent increase in drug addiction as a direct result of the use of prescribed narcotics. (In comparison, during that same time period, illegal, recreational drugs smuggled in from Colombia had only a 30 percent increase.)

There is another class of medications used to treat rheumatoid arthritis: the slower-acting disease-modifying antirheumatic drugs (DMARDs). These include gold (Solganal®), methotrexate (Rheumatrex®, Trexall®), and hydroxychloroquine (Plaquenil®). They help prevent progressive joint destruction. However, they are not anti-inflammatory agents and do less for pain relief. A newer DMARD is Arava® (leflunomide).

One other drug class for arthritis includes the “biologic” medications etanercept (Enbrel®), infliximab (Remicade®), anakinra (Kineret®), adalimumab (Humira®), rituximab (Rituxan®) and abatacept (Orencia®). These “biologic” drugs reduce levels of an important protein of the immune system, tumor necrosis factor (TNF). TNF is a normal part of an immune response. Lowering TNF in your blood lowers the inflammatory effect of arthritis. However, in the process of lowering TNF, your immune system is also weakened substantially. In fact, these drugs lower your ability to fight infections and at the same time potentially have several other serious side effects.

Oh, did I mention that not only do these drugs potentially have serious side effects, but they also stop working if you stop taking them? They have enormous cost, too, which poses a real financial strain for most people. Not to worry though, they have special assistance programs to help you pay for them — for the many years ahead.

In my next article on arthritis, I’ll discuss the pathophysiology of arthritis: what really causes it. Then I’ll discuss natural and safe ways to reverse these causes.