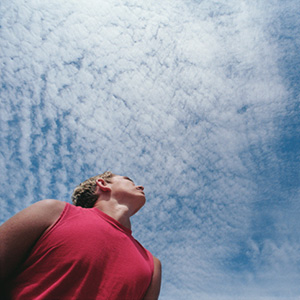 There’s not a cloud in the sky. Not even a breeze. But despite its tranquil appearance, research shows that certain changes in the weather can kill you. And you’ll never see it coming.

The danger, according to a study at the Yale School of Public Health, is that when the temperature changes drastically, even without severe weather, your chance of dying or being hospitalized because of a stroke increases significantly.

“Weather is not something people would typically associate with stroke risk; however, we’ve found weather conditions are among the multiple factors that are associated with stroke hospitalizations,” says researcher Judith H. Lichtman, Ph.D., M.P.H., an associate professor in epidemiology at Yale.

According to Lichtman: “This study suggests that meteorological factors such as daily fluctuations in temperature and increased humidity may be stressors that increase stroke hospitalizations. People at risk for stroke may want to avoid being exposed to significant temperature changes and high dew point (high humidity) and, as always, be prepared to act quickly if they or someone they know experiences stroke signs and symptoms.”