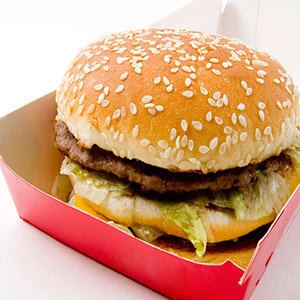 Who would you rather take nutritional advice from a dietitian or McDonald’s? Unfortunately, dietitians, one of the primary sources of nutritional guidance in the U.S., are on the take from big food companies like McDonald’s.

A report in Mother Jones shows how big food companies like McDonald’s, Coca-Cola, PepsiCo and other junk food purveyors have used their financial clout to keep dietitians’ associations from adequately warning Americans about the harm of soft drinks and sugar-filled snacks.

As evidence, writer Kiera Butler shows how, at a recent conference of the California Dietetic Association (CDA), dietitians were fed a steady stream of propaganda from chain restaurants, Wal-Mart, candy makers, Kraft, the Corn Refiners Association and McDonald’s.

At the conference’s panel discussion of the effects of high fructose corn syrup, for instance, the “experts” who claimed the sweetener is not especially harmful were all from the corn industry.

Butler notes that most of the dietitians she spoke to at the meeting didn’t even know that the sessions were sponsored by food companies.

“I hope they’re telling us the real science,” said one attendee.

As Marion Nestle, a professor of nutrition at New York University warns: “I worry a lot about food industry co-optation of my profession. Food companies are smart. They know that if they can make friends and help inform dietitians and nutritionists that the people they are supporting or helping will be reluctant to suggest eating less of their products.”