Home » Your Kids Are Giving Out Your Personal Information Online 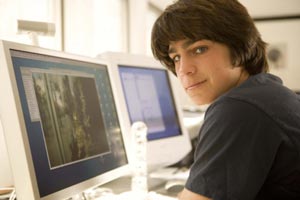 A new study of what kids are doing online shows that their parents don’t have a clue about their children’s Internet habits. Research at Tel Aviv University that looked at Middle Eastern youngsters shows that 73 percent of children are giving out personal information while only 4 percent of parents believe this is taking place.

“The data tell us that parents don’t know what their kids are doing,” warns Dafna Lemish from the Department of Communication at Tel Aviv University who surveyed parents and their children about the children’s activities on the Internet.

Other findings of the study:

Only 9 percent of parents knew their kids had been meeting with strangers. Lemish suspects that the gap between what children are doing and what parents know about is even wider in the U.S., where children from middle-class backgrounds have more opportunity to surf online privately.