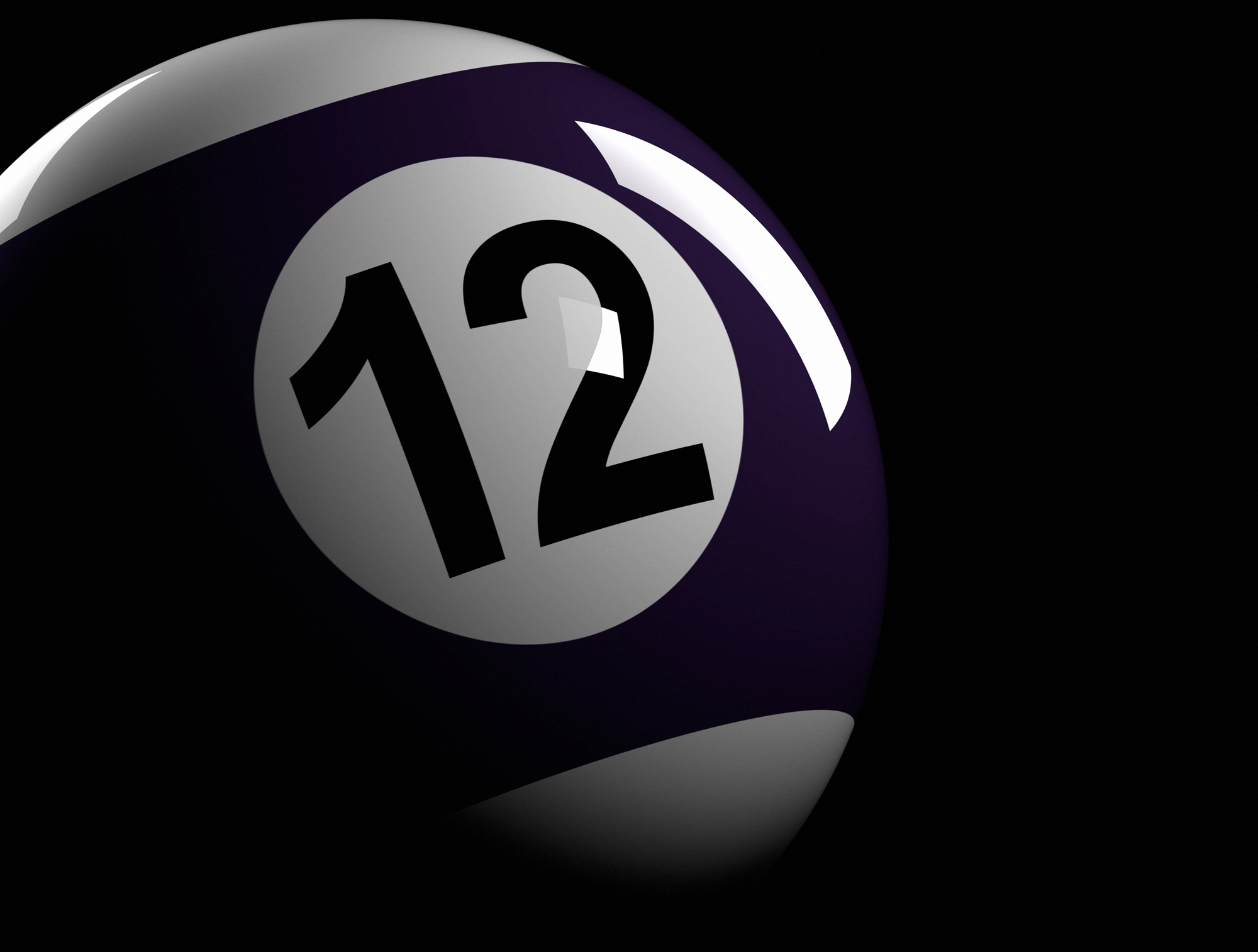 Prevention and inhibition of prostate cancer can include a number of lifestyle actions, and one that men can engage in several times a day involves making certain food and supplement choices. More specifically, there are various nutrients that have been shown to be effective in protecting against prostate cancer and inhibiting its development or progression. Here are 12 natural prostate cancer killers you should include in your diet or supplement program.

AHCC. Active hexose correlated compound (AHCC) is a proprietary medicinal mushroom extract consisting of several species of Basidiomycete mushrooms, including shiitake. This supplement, which is marketed primarily for people who have cancer, was developed and mainly researched in Japan. In a study of AHCC in early stage prostate cancer, use of the supplement was associated with prolonged PSA doubling time. A case study of a man with castration-resistant prostate cancer showed an “excellent serologic response to AHCC,” suggesting the supplement may be beneficial against this form of prostate cancer.

The producer of AHCC recommends taking 1 gram daily for general maintenance of the immune system and 3 grams for specific conditions.

Cayenne. Chili peppers, aka cayenne peppers (Capsicum annuum) are a source of capsaicin, a substance that not only provides the hot, spicy trademark of these vegetables but possesses prostate cancer killing properties as well. In a recent study from Spain, researchers showed that capsaicin induced the death of prostate cancer cells. More specifically, capsaicin increased factors involved with autophagy, the natural destructive process of cells that takes apart dysfunctional components. A previous study from UCLA School of Medicine reported that capsaicin inhibited the growth of prostate cancer cells.

Cayenne powder is an effective way to take this supplement. You should begin with a small amount (1/8 teaspoon) mixed in water taken two to three times daily and increased slowly. Consult with your healthcare provider before beginning cayenne supplements.

Cruciferous vegetables and DIM. The wealth of variety in the cruciferous vegetable category makes eating these prostate cancer killers an easy habit to adopt. The broccoli, kale, cauliflower, Brussel sprouts, and other members of this group are rich in a phytochemical known as DIM (3,3’-diindolylmethane). DIM has been shown to be effective in inhibiting an enzyme involved in prostate cancer cell growth and cell suicide (apoptosis) while not impacting healthy cells. Cruciferous vegetables also harbor indole-3-carbinol (I3C), a phytochemical that protects DNA from damage, promotes apoptosis, and prevents growth of cancer cells. (24, 18, 20-23) If you choose to use DIM and I3C supplements, recommended dosages are 14 mg DIM and 80 t0 160 mg for I3C.

Curcumin. This bioactive ingredient found in the spice turmeric has been widely studied for its anticancer properties. Curcumin has been shown to fight prostate cancer on several fronts. For example, it induces cell death, reduces expression of receptors for sex hormones (which interferes with cancer growth), and inhibits the spread of cancer cells. Recent research published in the International Journal of Oncology noted that curcumin was effective in fighting cancer-associated fibroblasts, which are key in the malignant progression of cancer.

Use curcumin liberally in your food, including soups and stews, on vegetables and grains, and in smoothies. As a supplement, consider taking a highly absorbable form of curcumin as directed on the package.

Ginger. It’s only been a few years since researchers discovered that whole ginger extract can be helpful in the management of prostate cancer. In that important study, scientists observed that ginger inhibited cancer cell growth and tumor growth, promoted apoptosis, and inhibited cell life progression (cell cycling) in mice. Numerous subsequent studies have supported these findings, including a University of Texas at Austin study in which a team demonstrated how 6-shogaol, a potent compound in ginger, reduced survival, inhibited tumor growth, and induced cell suicide in both human and mouse prostate cancer cells.

Thus far there’s no decision about an effective dosage of ginger for men who want to help prevent prostate cancer. Based on what has been shown to be effective in mice, 648 mg per day may be suggested for a 176-pound man (8.1 mg per 2.2 lb).

Green tea. The polyphenols in green tea known as catechins inhibit the growth of cancer cells in the prostate, as demonstrated in both laboratory and human studies. For example, one trial showed that catechins in green tea were 90 percent effective in preventing prostate cancer in men who had pre-malignant lesions. (45) The men in the study took 200 mg of green tea catechins three times daily for one year. Numerous laboratory studies have pointed to the benefits of green tea and its catechins in prostate cancer, including a University of Toledo (Ohio) study in which the main catechin in green tea, epigallocatechin-3-gallate (EGCG), was noted to “provide protective effects against inflammation in the prostate and benefit prostate cancer treatment.”

The amount of EGCG in each cup of green tea can vary greatly depending on the brand, form of the tea, how you prepare it, where it was grown, and so on. You may get as much as 180 mg EGCG per cup, but don’t always count on it. Supplements for prostate health may be a better option if you don’t want to brew the natural tea.

Modified citrus pectin. Most plants, and especially citrus, have the complex fiber known as pectin. To improve the bioavailability of citrus pectin, scientists developed a modified version, which makes it highly water-soluble and able to attach itself to certain molecules that can inhibit cancer cells. In addition, a small study indicated that modified citrus pectin can increase the prostate-specific antigen (PSA) doubling time in men with prostate cancer who did not respond to localized treatment. Seven of 10 men in the study experienced the increase after taking modified citrus pectin for 12 months.

Modified citrus pectin supplements should be taken without food. A suggested dosage is 5 to 15 grams per day.

Omega-3. You may recognize cold water fish such as sardines, herring, salmon, and tuna as great good sources of omega-3 fatty acids, but did you know that these fats (especially eicosapentaenoic acid [EPA] and docosahexaenoic acid [DHA]) may be associated with a lower risk of developing prostate cancer? That was the finding of a New Zealand study involving 317 prostate cancer cases and 480 healthy controls, although not all studies of omega-3 and cancer have come to the same conclusion. Although research findings are conflicting, a recent Canadian review reported there may be an association between higher intake of omega-3 fatty acids and reduced prostate cancer mortality.

To take advantage of the cancer-fighting powers of omega-3s, you need to eat several servings of cold water fatty fish every week. You also can consider taking a high-quality fish oil supplement that delivers at least 700 mg of EPA and 500 mg of DHA daily.

Pomegranate. The pomegranate may be a challenging fruit to break into and eat, but it also has shown a tough side when it comes to fighting prostate cancer. A University of California Riverside review pointed out that pomegranate juice and extracts have been shown to significant interfere with the growth of prostate cancer cells in the cultures as well as in animals. Three components found in the fruit — ellagic acid, luteolin, and punicic acid — have demonstrated an ability to inhibit the growth and spread of cancer. In men with prostate cancer, pomegranate juice and extract were able to extend PSA doubling time.

Many men find it easier to enjoy pomegranate as a juice, although you should limit your intake because of its high sugar content. Pomegranate extracts standardized for punicalagins (a bioactive ingredient) are readily available. Suggested dosage for prevention of prostate cancer is 80 to 120 mg daily.

Quercetin. Fruits, vegetables, and flowers can thank the plant pigment quercetin for their colors. Studies of this flavonoid, which has anti-inflammatory and antioxidant properties, have focused on laboratory and animal studies and thus far have uncovered its ability to reduce the growth of prostate cancer cells and put the brakes on substances called oncogenes, which can transform normal cells into tumor cells. Experiments using human prostate cancer cells have revealed that quercetin can induce DNA damage and the death of these cells.

Quercetin supplements are available as pills and capsules and frequently are combined with bromelain, another natural anti-inflammatory. A suggested dosage is 500 mg daily for preventive purposes and at least twice that amount as a complementary prostate cancer dose.

Resveratrol. You likely recognize resveratrol as the antioxidant found in red wine and red grapes and a supplement lauded for its antiaging qualities. But resveratrol also has demonstrated cancer-fighting abilities, particularly in the lab using human prostate cancer cells and in animal studies. In an early study, resveratrol was named as the most potent of four wine polyphenols against prostate cancer cells. Numerous subsequent studies have shown that resveratrol can inhibit prostate cancer progression, protect DNA, fight inflammation and free radicals, and reduce tumor development and volume.

Resveratrol supplements are available, but be sure to look for pure resveratrol. The suggested dosage is 20 to 250 mg daily.

Vitamin D. Cancer is caused by genetic mutations, so it makes sense to prevent such cell damage. Vitamin D is a substance that have an impact on at least 200 human genes that are involved in regulating cell proliferation, development, and apoptosis. Numerous studies have shown that vitamin D status has a direct effect on cancer risk. Men who have higher levels of vitamin D, for example have a lower risk of deadly prostate cancer. (25,26) Vitamin D is best obtained via exposure to sunlight and supplementation. Men should have their blood level of vitamin D checked and take steps to keep it within a healthy range of 50 to 80 nanograms per milliliter (ng/mL).

AHCC research. What is AHCC?