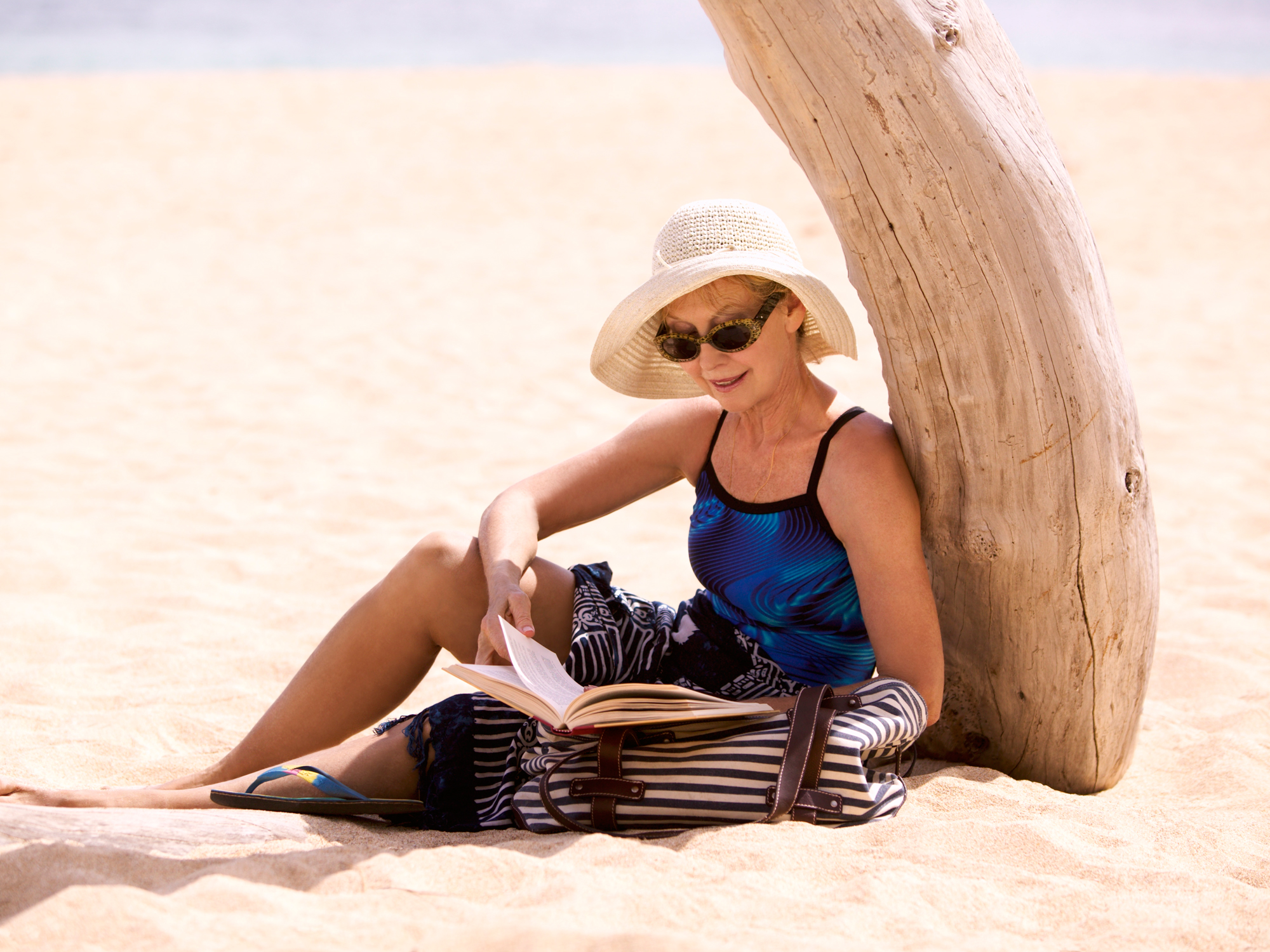 There’s a lot of false (and deliberately misleading) sunscreen facts on the internet and it’s critical that you know the truth, so you can protect your skin from the harshest rays of the sun.

Before I begin, I want to remind you that your body is encouraged to produce vitamin D when exposed to sunlight. Your body needs vitamin D to absorb calcium, boost your immune system, and so much more. Yes, you can get it through food and supplements (especially if you live in a predominantly cloudy or cold climate).

However, when you can, your best source is regular and responsible exposure to the sun. Burning is terrible! Avoid being out between 10 a.m. and 2 p.m. since the ultraviolet rays are harshest then. However, early morning or late afternoon, 15 minutes a day on bare skin or 30 minutes twice a week is sufficient to get what your body needs to produce vital vitamin D. If you have sensitive or very fair skin, you may need to adjust this general recommendation.

Your body receives no vitamin D benefit if your skin is coated in sunscreen. That’s an important fact about sunscreen none of the manufacturers bother to mention.

Sunscreen Fact #1.
If you’re worried about skin cancer, you should know that sunscreen doesn’t prevent it. Those people who persistently avoid the sun are the ones who (when they finally venture out) develop skin cancer. The dangerous chemicals found in most commercial sunscreens do nothing but increase your cancer risk!

Sunscreen Fact #2.
The chemicals in most sunscreens – the ones sold on market shelves all over the world have hormone-disrupting properties. They’ve been shown in studies to increase the risk of breast cancer and interfere with male fertility. These products are applied to the skin, which gives them an immediate pathway through your pores into your bloodstream. While manufactures like to gloss over the facts about sunscreens, there is no denying that we’re learning more and more about topically applied toxins.

Sunscreen Fact #3.
The rate of skin cancer has gone up 92% since the sunscreen industry incorporated chemical radiation absorbing compounds into sunscreens. I often quote the fact that New Zealand and Australian farmers who work 365 days a year in what can arguably be described as the most intense sunlight anywhere, and rarely use sunscreens, have the lowest incidence of skin cancer in the western world.

By contrast, their city cousins, who have a much higher incidence of using sunblock creams (at a higher level than any population in the world), have the highest level of skin cancer on earth.

Sunscreen Fact #4.
There’s a big deal made of sun protection factor (SPF) and you’ll see that many supposed experts recommend SPF15 or higher. That’s a waste of your money. Approximately 93% of ultraviolet rays are blocked by SPF15. Higher formulas are far more expensive while only giving you another point or two of protection (even if you went all the way to SPF100).

Sunscreen Fact #5.
Organic sunscreen compounds work differently and you need to choose carefully. There are two common forms of natural or organic sun blocks. They either contain titanium dioxide or zinc oxide. Titanium dioxide is not legitimately natural (it’s a di-oxide, which means it’s a processed and manipulated group of molecules) and should be avoided.

Your best choice is zinc oxide, one of the safest and longest used natural compounds known. Its’ use in skin protection and repair goes back to the Australian Aboriginals and the tribes of Africa. Zinc oxide works as a sunscreen by the simple process of radiation reflection. The zinc molecules do not absorb radiation, but reflect it back out, harmlessly (like a mirror). That’s why zinc oxide looks white (full spectrum sunlight looks pure white to our brain).

Sunscreen Fact #6.
Sunscreens that use zinc but are not white when in sunlight have been further processed. In order to appease consumers more worried about vanity than skin protection, a chemical company developed a non-whitening zinc oxide-based product. They did this by finely grinding the zinc and then subjecting the molecules to a chemical process that cloaked the reflecting ability of the natural zinc with a chemical called triethoxycaprylylsilane.

This is a silicon-based compound and that should put you on the alert (and they don’t have to list it in the ingredients). This nasty sounding chemical reduces the radiation reflecting component of the zinc and makes it into more of a radiation absorbing compound. Just because the FDA says it’s safe means nothing. Avoid these non-whitening zinc oxide sunscreens at all costs!

There’s only one form of safe, natural sunscreen and that is unaltered zinc oxide. This is the only sunscreen component that should ever be used for sunscreen. Any “expert” who tries to sell you anything else is deliberately distorting facts about sunscreen.

A natural sun cream with 8% zinc oxide will provide you with an over 15 SPF (always check your labels). Responsible exposure and a natural zinc oxide sunscreen are your keys to enjoying the sun with far less risk!

Soak up the sun (in moderation)!