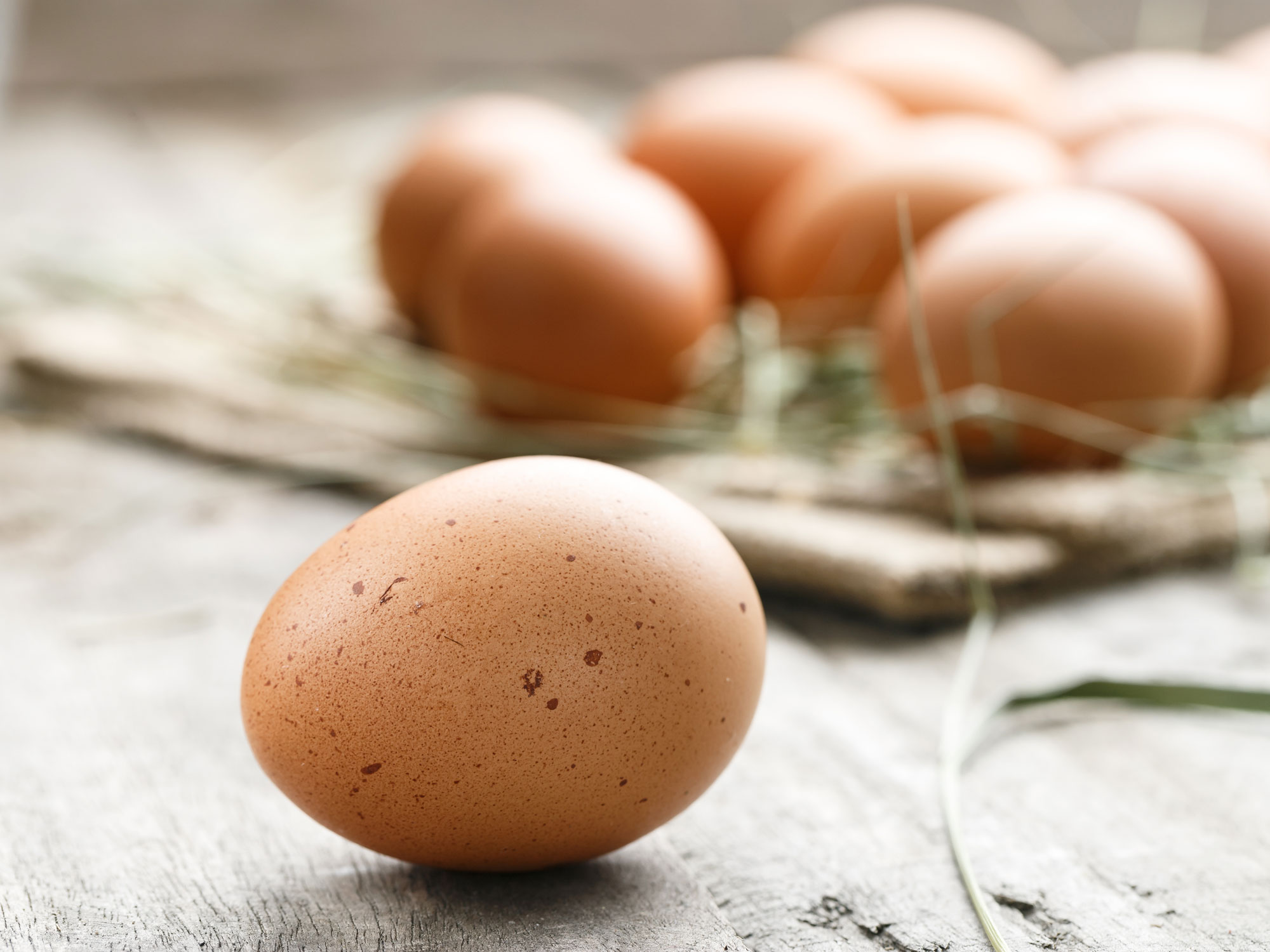 The advice we’ve received about eggs has traveled a strange path.

When I was a kid, eggs were part of a healthy breakfast and a good source of protein to start the day (I never liked them much, but my mom sure believed in them!).

Then, in 1967, a Harvard study concluded that cholesterol was causing us all to have heart attacks and that we needed to stop eating so many eggs.

Of course, it turned out that the Sugar Research Foundation had paid the study authors $50,000 in today’s dollars to paint fat as the enemy when sugar was really causing all those heart attacks.

Since then, you’ve been able to buy an egg white omelet in almost any diner in America (I don’t know about you, but something was always missing for me…)

Today, we’ve begun to realize that, like anything else, eggs are good for you, if eaten in moderation.

Researchers at the University of Edinburgh have managed to splice a human gene into the DNA of chickens, causing them to lay eggs that contain a significant amount of two different proteins used to treat cancer in humans.

“Production from chickens can cost anywhere from ten to 100 times less than the factories,” says Dr. Lissa Herron of Roslin Technologies in Edinburgh. “So hopefully we’ll be looking at at least ten times lower overall manufacturing cost.”

Cancer treatment research has pointed to replacing certain chemical proteins that are deficient in the body. These drugs are synthetically produced by pharmaceutical companies and can be very expensive to manufacture.

Although Dr. Herron is clear that these “drugged eggs” are not yet ready for human use, one would hope that, at some point, the goal is to pass those cost savings on to the patients who need those drugs.

That remains to be seen.

But this research raises the question of how far we want to go down the road of genetically modifying our food.

Can something like genetically modified eggs be proven safe? Or, will it be just a case of NOT turning up any dangers?

David Williams, a cellular biologist at the University of California, admits that he is in the minority when he cautions against moving forward heedlessly into this territory.

Williams notes that when plants are genetically modified, the genes that are inserted can change for many reasons, and it may not happen for generations. The result, he fears, will be potentially toxic plants slipping through the cracks.

And, as with so many things, money talks.

Much of the funding for research into genetic modification comes from the companies who sell GM seeds. If you’re a biologist who points out the possible risks, your credibility is questioned.

The jury is still out on GMO safety

And let’s remember… as of right now when we speak of genetically modified foods, we’re talking crops — not animals. You might remember much fanfare a few years ago about genetically engineered salmon. Though the first salmon farm in the U.S. has been approved, the FDA is still holding out on approving production in the U.S. for now.

Changing the DNA in animals meant for the table — or animals that produce food for your table, like eggs — is new territory.

In a perfect world, we could end up with great GMO eggs that cure cancer. But we’ve already seen what can go wrong. It will be decades before they are ready for testing on humans, and then, possibly years before we know if we’ve dodged a bullet.