Home » The herbicide living in your body 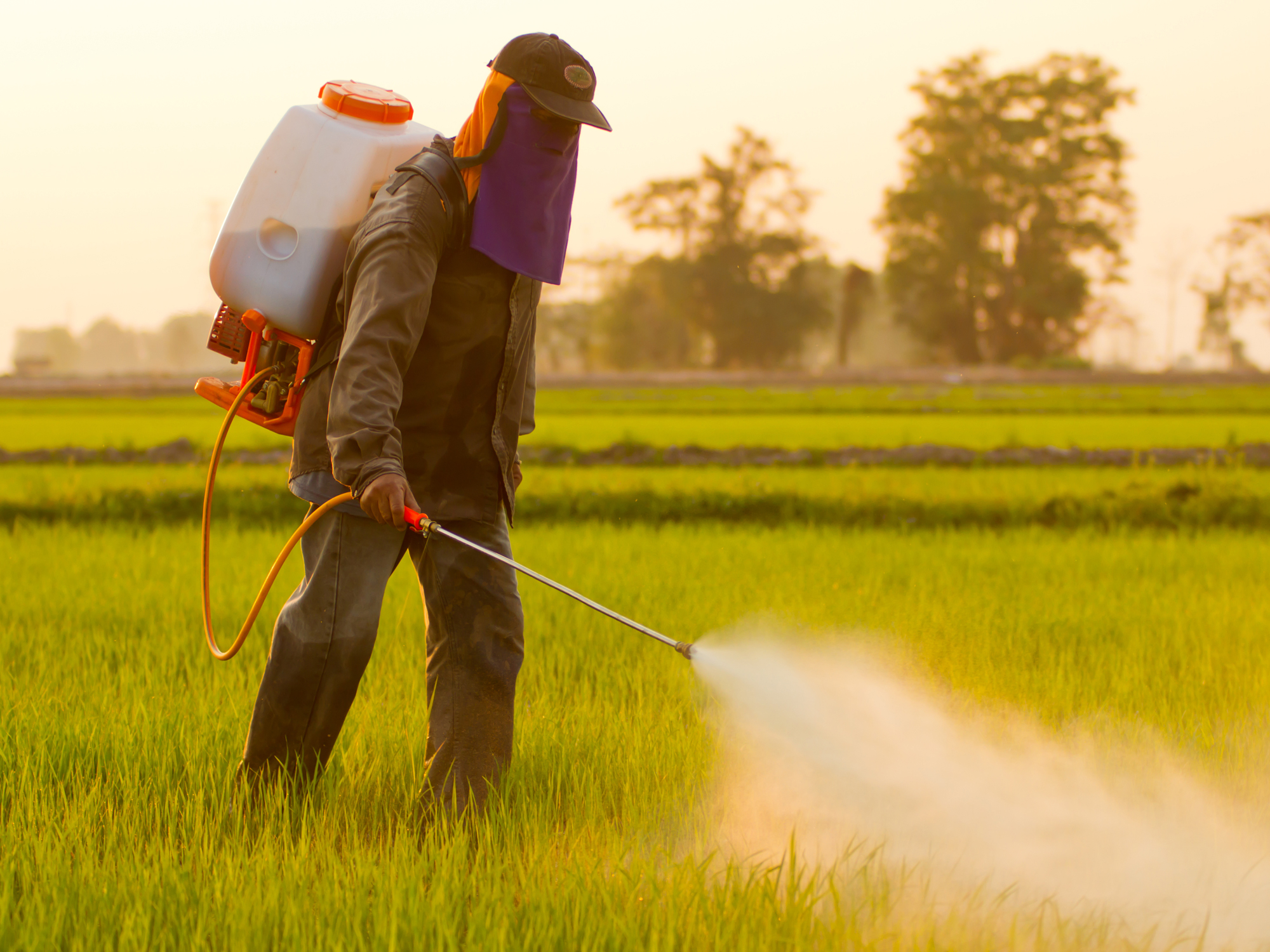 It’s easy to turn a deaf ear to certain health threats… especially if you feel powerless to do anything about them. That makes it easy to let something like toxic pesticide exposure fall to the back burner.

Exposure to herbicides is not just a theoretical threat. It is already happening. And I’m seeing it in my practice…

My 6-year old patient, Diego, has been struggling with behavior problems for several years. Worse, his skin rashes are nearly uncontrollable. So his doctor and mother decided to get his urine tested for exposure to glyphosate. His level came back at 3.95 ug/g, far above the 95th percentile (2.5 ug/g) for his age.

Now, how old are you? Make no mistake: Glyphosate, the most prevalent herbicide used today by far, is seeping into your food and settling into your body — and has been for quite a few years….

Glyphosate is by far the most widely used herbicide in the world. It was introduced in the 1970’s to kill weeds. You likely know it as the primary chemical in Roundup®.  It kills weeds by targeting the enzymes needed to produce three important amino acids: Tyrosine, tryptophan, and phenylalanine.

Since the 1970s, the amount of glyphosate being sprayed on our crops has increased nearly 100-fold. Commercial glyphosate formulations can have as much as a 41% concentration while domestic use products as low as 1% concentration.

The problem is that these three amino acids are not only important in plants, but in humans too. That’s largely because this chemical also inhibits enzymes of many bacteria too — preferentially disturbing our healthy gut bacteria. Therefore, it is known to alter the microbial flora of our intestine.

I’ve written a few articles previously on leaky gut syndrome and intestinal wall immune hypersensitivity, which is probably the major contributor to chronic inflammation and chronic diseases. I’ve read that glyphosate also depletes the micronutrient content of food too.

More common that you think

If you’re like a lot of people, you think this herbicide scare is just for other people. Maybe you feel fine now and think your exposure is minimal.

Well, what if I told you that when crops such as wheat, oats, sugar cane, lentils, peas, potatoes, sunflowers, and cantaloupe are almost ready to harvest, farmers douse them with glyphosate to get a drier and quicker harvest?

Just this year, UC San Francisco reported the first ever testing of glyphosate in the American general public. They found that 93% of all those tested were positive for glyphosate residues. They are planning to release their full report later in 2016, but indicate this percentage will be very reflective of all Americans.

How can we reliably study the effects of this herbicide in humans over time? It is very different than studying its effects from accidental glyphosate ingestion — symptoms of acute exposure are easy to measure: Eye and skin irritation, abdominal pain, vomiting, excess fluid in the lungs, or slowing and weakening of the heart.

It’s the long-term effects that are especially troublesome…

Over time, glyphosate causes insidious illnesses that can only be seen with large epidemiological studies linked to basic plant and animal studies. We have to consider what happens when it seeps into our organ tissues, and accumulates in body fat — over years. If there is no doubt that it bio-accumulates in animals, why should we think it doesn’t do the same in humans? The fact is, it can and does bio-accumulate in humans, in addition to hurting our food supply.

Unfortunately for use, glyphosate is now being combined with other even more toxic chemicals to improve its effectiveness. It is these complex and variable mixtures that are likely to link to birth defects and neurological disorders in children…fertility problems in young adults…and cancer in aging people.

Let us consider the reports of Don Huber, a proven expert on Glyphosate. Don is Emeritus Professor at Purdue University, senior scientist on USDA’s National Plant Disease Recovery System, and lead researcher of more than 100 peer-reviewed articles on this chemical. He has been a plant physiologist and pathologist for over 40 years. Don tells us that glyphosate has many likely and proven health hazards for animals and humans. He points to its effects on “endocrine disruption, DNA damage, reproductive and developmental toxicities, neurotoxicity, cancer, and birth defects.”

Other researchers reported last year more on glyphosate’s toxicity at low exposures over time: It has teratogenic (birth defects), tumorigenic (farmers are suing over these cancer-causing effects) and hepatorenal (liver and kidney) adverse effects.

Guess how they explained the mechanism of its toxicity? By endocrine (hormone) disruption and other metabolic alterations. I have written previously about the dangers of xenoestrogens (hormone mimickers) which contribute largely to chronic disease.

If you consider all the studies correlating glyphosate usage and likely contamination (but not exactly proving causation) in humans world-wide, you’ll find the following chronic illnesses:

Therefore, regarding the resistance of Monsanto and herbicide producers, unbiased scientists have published a “Statement of Concern” earlier this year. They state that:

Glyphosate and its companion chemicals can be measured in your urine by Great Plains Laboratory.

To find out what can be done to treat and cleanse yourself from glyphosate exposure… before it causes chronic illness, see my post on treating herbicide buildup in your body.

To a clean environment and feeling good,
Michael Cutler, M.D.