Home » Is selenium the answer to Graves’ eye disease?

Graves’ disease is an autoimmune disorder that causes your thyroid gland to become overactive. Unfortunately, in some cases, it can lead to vision problems. Fortunately, it’s not too common, only affecting a small segment of the population. But if you were in that group, wouldn’t you like to know how a trace mineral might help?

Hyperthyroidism can cause your immune system to attack the muscles and tissues around the eyes resulting in Graves’ orbitopathy. Doctors don’t think it can be prevented, but you’re more likely to get it if you smoke. Most people notice eye symptoms within six months of being diagnosed.

The symptoms of Graves’ orbitopathy

Two recent reviews are trying to shed some light on selenium’s controversial use for patients with mild Graves’ orbitopathy.

In the journal Nature Reviews Endocrinology, a team from Denmark and the United Kingdom “provided an in-depth overview of the role of selenium in thyroid disorders.” In the journal Hormones, investigators from Germany and Poland focused specifically on Graves’ disease.

Clinicians have widely recommended Selenium for a broad range of autoimmune thyroid diseases; however, it is only recommended for mild cases. 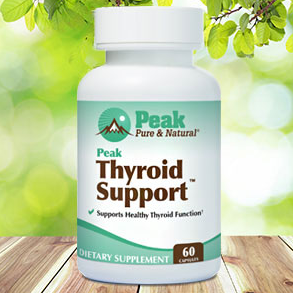 various parts of the world could result in significantly different selenium intake levels.

There has been considerable interest in selenium supplementation for patients with Graves’ orbitopathy after reviewing the 2011 study by the European Thyroid Association/European Group on Graves’ Orbitopathy (EUGOGO).

According to experimental evaluations in 12 months, these benefits were retained and were not found in the group treated with pentoxifylline.

This single study is limited and lacks verification because it has not been replicated in another independent trial.

Selenium deficiency is rare in the U.S, but certain groups of people could be at risk, including those:

According to Douglas S. Ross, M.D., in an interview with MedPage Today, “I tell patients about the European study and why it may not be applicable to the U.S. But I do suggest to my patients who are not candidates for more aggressive treatment to try it: 100 mcg bid, available at Whole Foods and many pharmacies,” he says. “Because of its association with type 2 diabetes, I suggest they try it for 6 months and then stop it if [there is] no benefit.”

Authors of both reviews recognize the potential for selenium supplementation and emphasize the growing need for randomized trials.

Do patients with grave’s orbitopathy benefit from extra selenium? — Medpagetoday.com

What eye problems does graves’ disease cause?   — Webmd.com