Home » Why you need to get rid of your kitchen sponge… TODAY! 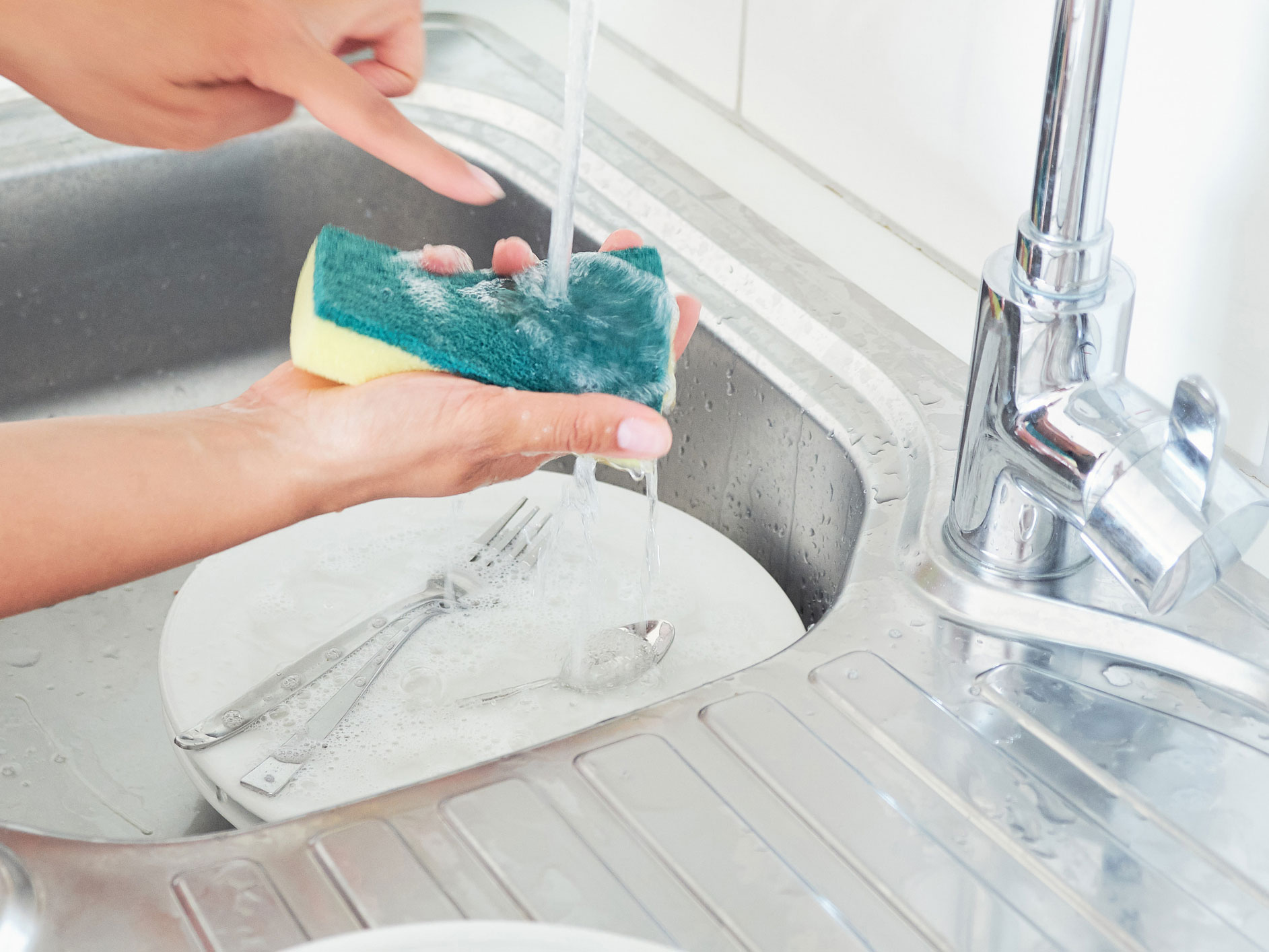 What’s the germiest room in your house?

You know it’s not the bathroom since that just seems too obvious. So, it’s probably the kitchen, right?

But where in the kitchen?

Here’s a hint: the most microbe-ridden thing in your kitchen is the one thing that’s supposed to be making things cleaner and more sanitary.

It’s a hidden world of 5.5 trillion microbes that can make you sick.

Fortunately, there are “workarounds” that can purge this repository of germs … IF you’re willing to change your habits just a bit.

Read on… I think you’ll agree it’s worth it.

Your kitchen sponge: A world of disease

A 2017 study found that the kitchen sponge you’re using may contain as many as 45 billion bacteria per square centimeter. Even after you wash it and rinse it.

That’s about the same amount found in an average human stool sample.

Not great. Even the authors of this study were surprised by this number.

“It was one to two orders of magnitude more than we initially expected to find,” says Markus Egert, professor of microbiology and hygiene at Furtwangen University, who led the study.

“One problem we have with bacteria and microbes is that we cannot see them. And if you don’t see them, you don’t believe they are there.” It’s just the way we humans are.

Egert and his team analyzed 14 used kitchen sponges, collected from households in southwestern Germany. When they looked inside the sponges through a microscope, the results were even more startling and disturbing.

Apparently, even these researchers had not considered that there could be a world of nasty bacteria living inside those sponges.

So, what can you do about the fact that the thing you’re using to clean your dishes is actually full of disease?

A lot, actually, if you’re willing to make a few changes.

A sponge isn’t the only way to clean your dishes

You can’t clean a sponge enough to get rid of all the bacteria. In fact, you may be helping them to thrive and multiply.

In Egert’s study, sponges that were cleaned with soap and water actually ended up with colonies of bacteria that had developed resistance to detergents.

“Improper cleaning may make the situation even worse,” he says. “Cleaning, especially by non-cleaning experts at home, usually does not clean all the bacteria inside because there is such a large amount of microbes. Some survive, and become more resistant; if you do this a couple of times, you might select for more pathogenic communities.”

Ditch the sponge and get a brush

The ideal way to sanitize your dishes is to use a dishwasher. The hot water and heat will kill bacteria, as long as you use the full energy cycle, not the energy-saving settings.

If you don’t use a dishwasher, get yourself a plastic or silicone brush.

They stay drier (you can stand them up and let them drip), are easier to clean thoroughly, and they don’t have the crevices that sponges do, where microbes can set up housekeeping.

Food that sticks to a brush can’t bury itself inside and is easily spotted and removed.

If you MUST use a sponge…

If, after all this, you’re still terribly attached to your kitchen sponge, here are some things you should do to minimize your exposure to microbes.

First, if you use that sponge on a daily basis, then stock up. You should throw it away at least every two weeks, possibly sooner.

Related: The deadly E. coli germs in your kitchen

In between, there are three ways to clean it.

The best way is to soak it for five minutes in ¾ cups of bleach poured into a gallon of water.

The third and least effective choice is to soak it in full-strength vinegar for five minutes.

But really, wouldn’t you rather just use a nice, clean brush, avoid the hassle, and know that your dishes are really clean and germ-free?