Home » The Best Supplements For Detox And A Healthier Heart 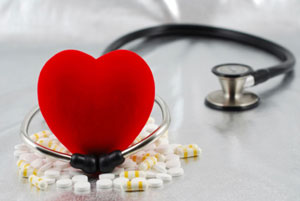 While EDTA chelation moves calcium out of the arterial lining in order to improve blood flow, it also removes heavy metals out of your body such as aluminum, cadmium, mercury and lead. Also, chelation to improve cardiovascular health can be achieved by other safe nutrients besides EDTA. I’ll discuss these and other nutrient supplements that improve blood flow for improved health and longevity.

Previously, I discussed the fact that chelation with EDTA in IV and oral forms represents one way to improve cardiovascular health. Did you also know it causes your body to excrete minerals which are unquestionably toxic? Toxic metals contribute to autoimmune diseases and the underlying inflammation process of chronic illness, including heart disease. Consider the fact that lead is toxic to your brain and nerves. Even a slightly increased lead level raises your chance of death by 46 percent. In a 2002 article in Archives of Internal Medicine, researchers reported that 4,292 individuals age 30 to 74 years were found to have slightly elevated blood lead levels. Among these people with slightly elevated levels, there was a 46 percent increased death rate (all-cause mortality) during the study compared to those with completely “normal” blood lead levels.

At the University of Michigan, a small study of the effect of one dose of an oral EDTA chelation product on 14 patients ages 29 to 73 showed excretion of the heavy metals by the following amounts:

During the chelation process, you may lose some beneficial trace elements, such as zinc and calcium, along with the toxic ones I’ve listed. However, with a diet of adequate fresh vegetables or even taking a zinc and calcium supplement, you can easily offset this.

More good news: EDTA appears not to deplete the trace minerals cobalt, chromium and copper; and it even helps retain the beneficial trace mineral magnesium. [1] Furthermore, EDTA is an amino acid that enhances the absorption of zinc with protein and the amino acids cysteine and methionine. [2]

EDTA is not the only chelation method on the market. A food nutrient called inositol hexaphosphate (IP6, or phytate) has been shown to effectively keep calcium out of the arteries and in the bones where it should be. A 2006 study reported in Frontiers in Bioscience showed a highly significant reduction in the calcium content of aorta and heart tissue in rats treated with phytate. [3] In humans it is known that supplementing with 1,000 mg IP6 daily moves calcium out of your arteries while also leaving calcium in your bones where it helps strengthen them; scientific studies show that IP6 helps convey to where it belongs in the skeleton.

A 2008 report published in the Journal of Medicinal Food [4] looked at 1,903 subjects and found that with increasing amounts of IP6 consumption there was increasing bone mineral density (less osteoporosis). A 2012 study confirmed this finding, which was reported in the European Journal of Nutrition.[5] In this study of 157 postmenopausal women, scientists found a strong correlation between high urinary IP6 concentrations and stronger bones of the lumbar spine over 12 months.

In addition to IP6, vitamin K2 (menaquinone) is another nutrient that shows impressive promise. This critical vitamin activates proteins that prevent excess calcium deposition in your blood vessels. [6] [7] The two forms of vitamin K2, MK-7 and MK-4, both “shuttle” calcium out of your bloodstream and into your bones.

Other Supplements For Healthy Heart And Blood Flow