Home » The great water debate — how much do you need? 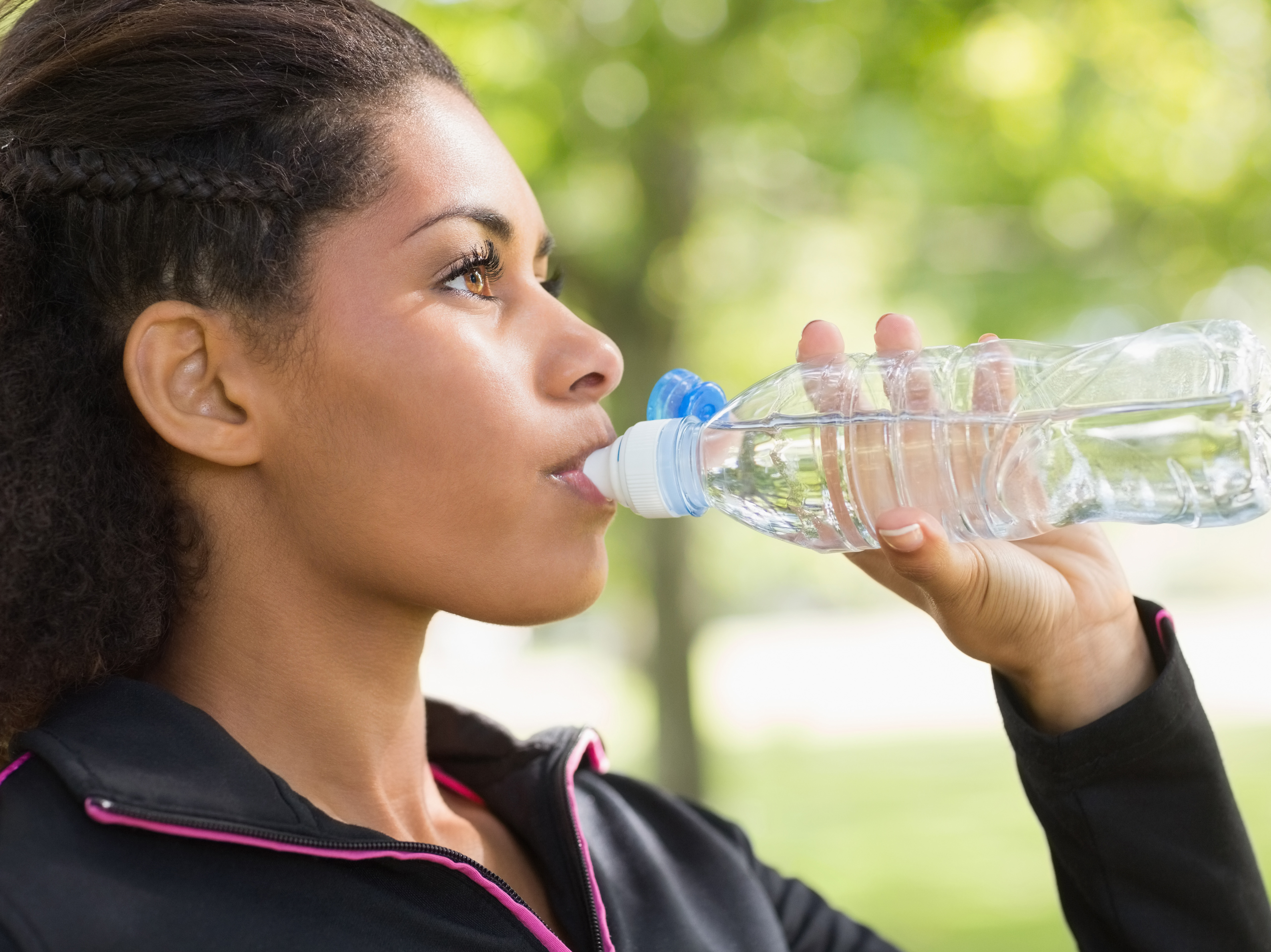 How much water do you need to drink every day?

The “8 glasses a day” argument rages on, but here are a couple of things you might want to know.

First, you can drink too much and throw off your electrolyte balance.

Dr. Tim Noakes collected data for ten years and found endurance athletes who consumed from 16-24 fluid ounces per hour during exercise typically replenished as much fluid as is efficiently possible.

He also noted the prevalence of hyponatremia (low blood sodium) during ultra marathons and triathlons in runners who hydrated excessively. Low blood sodium is called hyponatremia. As your body’s water levels rise, your cells begin to swell … the effects can be life-threatening.

So unless you are an ultra-marathoner, you don’t need to be drinking 64 ounces of water a day to stay hydrated. You are getting fluids from food, and you are probably not losing as much as an extreme athlete does each day.

Second, warmer temperatures with humidity can change the equation.

Have a look at this chart. 1 If it’s 70 degrees out, even if the humidity is high, you have no worries. Still feels like 72 out. But if it’s 95 degrees and the humidity is very high, like it is in many southern states, it can have the same effect on your body as when it’s 160 degrees out!

When the scientists examined dehydrated young women, they found that mild dehydration causes headaches, fatigue, and difficulty concentrating. Thirsty women also perceive tasks as more difficult when slightly dehydrated, although there is no substantive reduction in their cognitive abilities.

In young men, mild dehydration causes some difficulty with mental tasks, particularly in the areas of vigilance and working memory. While young men also experience fatigue, tension and anxiety when mildly dehydrated, adverse changes in mood and symptoms were “substantially greater in females than in males, both at rest and during exercise,” according to the researchers.

In order to stay properly hydrated, research suggests about 5 ounces of water every 15 to 20 minutes of exercise. Other than that, thirst is your body’s best indicator.