Home » To eat less, listen to this appetite-controlling sound 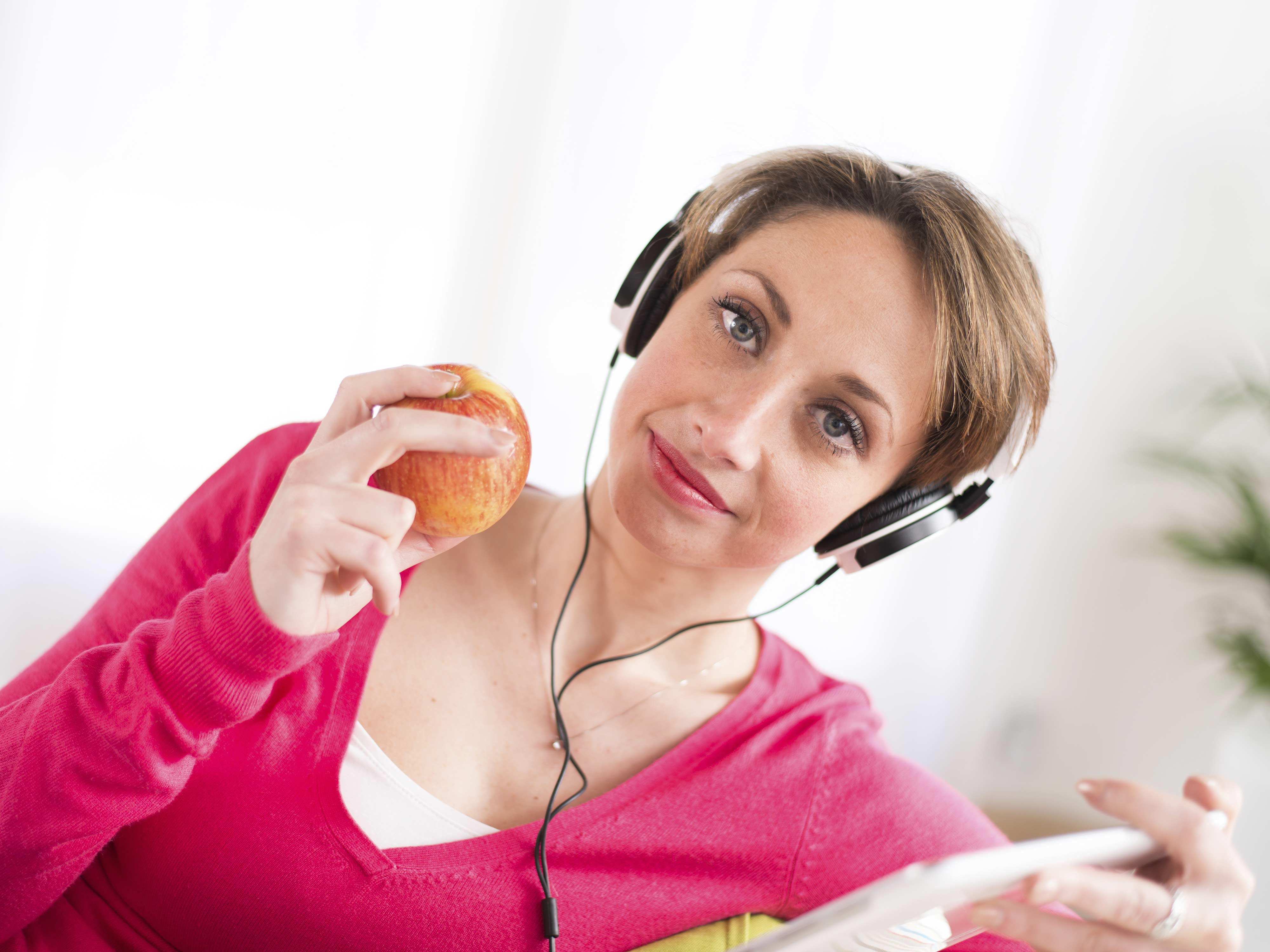 This sound may actually help you cut down on the amount of food you eat. If you guessed rap music, you’d be wrong. It’s even more intolerable than that. And if you suffer from misophonia — it would probably work even better on you…

The sound is chewing — or masticating. That sounds really grates on a lot of people’s nerves. For some people it’s downright intolerable, maybe even repulsive if you suffer from misophonia—the hatred of sounds, of which the worst offenders are reported to be lip-smacking and chewing.

But you could use it to your advantage.

Researchers at Brigham Young University and Colorado State University have found that the noise your food makes while you’re eating can have a significant effect on how much food you eat.

Test it out. The next time you are eating choose a quieter environment. Turn down the TV, close the windows and take out the ear buds. Then make a concerted effort to listen to the concert happening in your mouth as you chew your meal, bite after bite.

“Sound is typically labeled as the forgotten food sense,” adds Ryan Elder, assistant professor of marketing at BYU’s Marriott School of Management. “But if people are more focused on the sound the food makes, it could reduce consumption.”

Elder and Mohr carried out three separate experiments on the effect of that “food sound salience” and found even suggesting people think of eating sounds (through an advertisement) can decrease consumption.

The most fascinating experiment discovered people eat less when the sound of the food is more intense. In that study, participants wore headphones playing either loud or quiet noise while they ate snacks. Researchers found the louder noise masked the sound of chewing and subjects in that group ate more — 4 pretzels compared to 2.75 pretzels for the “quiet” group.

“When you mask the sound of consumption [chewing], like when you watch TV while eating, you take away one of those senses and it may cause you to eat more than you would normally,” Elder said. “The effects many not seem huge — one less pretzel — but over the course of a week, month, or year, it could really add up.”