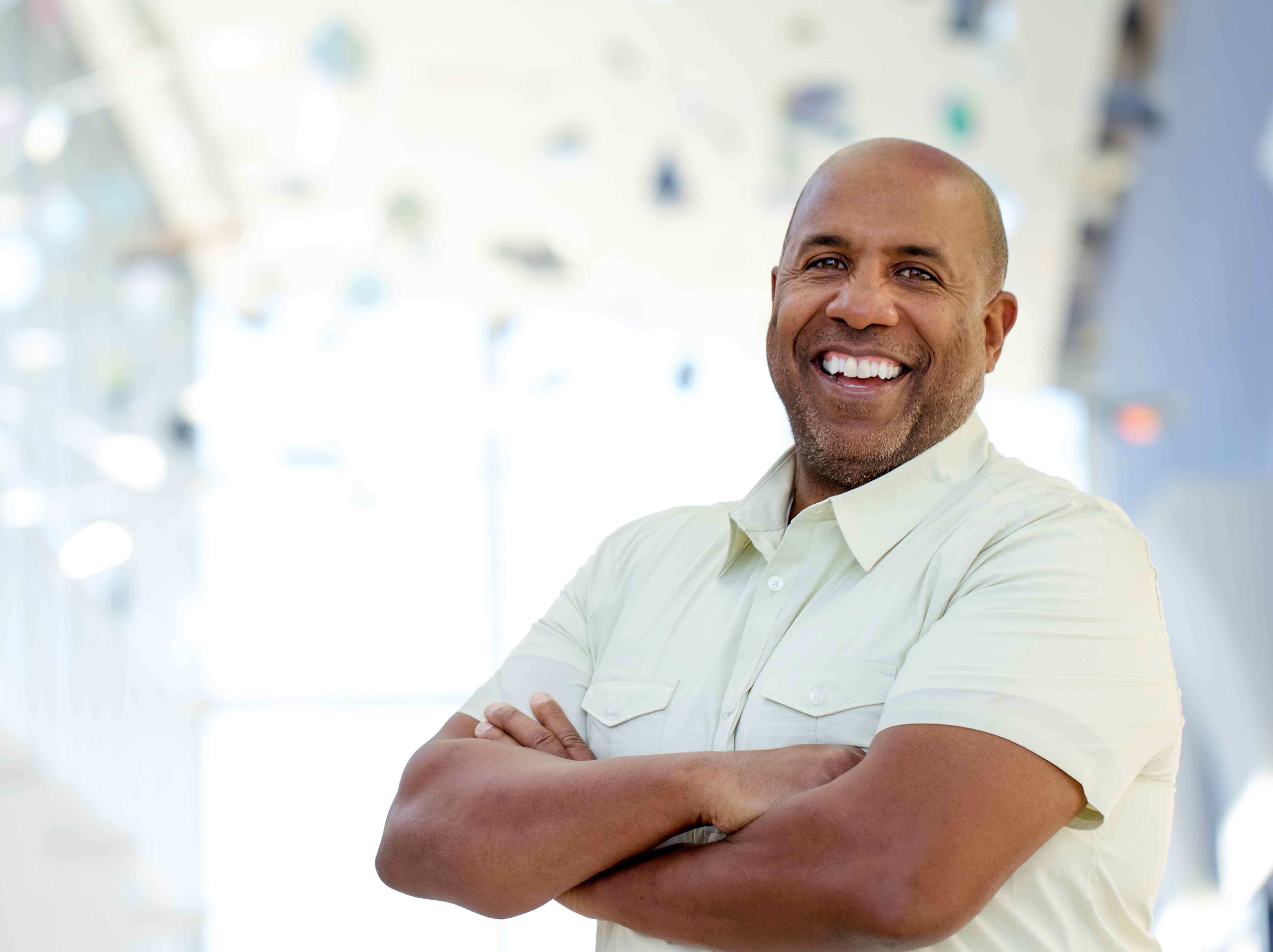 You’ve probably heard how body language is an essential component of how others see you. But it also has a profound effect on how you perceive yourself and — not coincidentally — on your body’s T-levels, the hormones associated with confidence, dominance, and stress.

In recent years, Dr. Amy Cuddy has performed experiments in which she tracks the effects of various physical postures on key hormones. The results have been striking: just two minutes in a “power posture” position results in an average 20 percent jump in testosterone and an average 25 percent drop in the stress hormone cortisol. Two minutes in a “repressed posture” had the opposite effect. In theory, a habitual sloucher who shifted into a power pose could boost his T-levels by an astonishing 40 percent.

So what’s a power pose?

In truth, power poses are somewhat predictable positions: reaching your arms overhead like a track star crossing the finish line; leaning back in a chair with your hands behind your head like a CEO taking a refreshing pause; standing with your hands on hips, chest out, superhero style. Repressed postures are various versions of collapsed, small, or curled-in poses (think of the position you probably assumed while hunched over a tiny desk, filling in answer bubbles on a standardized test).

In work settings, people in positions of authority tend to gravitate toward “dominant” postures, while lower-status workers gravitate toward repressed ones. Instinctively, it seems, people take on the body language appropriate to their “station”— thus reinforcing the perceived social order.

Cuddy’s encouraging findings suggest that it doesn’t need to be this way. Instead, you can fake it till you make it. In those moments when you’re feeling stressed and re- pressed, go ahead and “superman it up” by putting your hands on your hips and puffing out your chest for a minute or two — and you’ll feel better. Worried you’ll look foolish? Head to the break room, an outdoor spot, or even the bathroom and go for it. The boss might notice that newfound confidence and reward you accordingly. Your T-levels certainly will.

According to Cuddy, these power postures amount to more than mere posturing. “When people feel more personally powerful, they become more present,” Cuddy says in a summary of her work. “Better connected with their own thoughts and feelings, which helps them to better connect with the thoughts and feelings of others. Presence — characterized by enthusiasm, confidence, engagement, and the ability to connect with and even captivate an audience — boosts people’s performance in a wide range of domains.”

You can find more tips and tools for increasing your confidence and testosterone naturally in my book Your New Prime: 30 Days to Better Sex, Eternal Strength, and a Kick-Ass Life After 40.