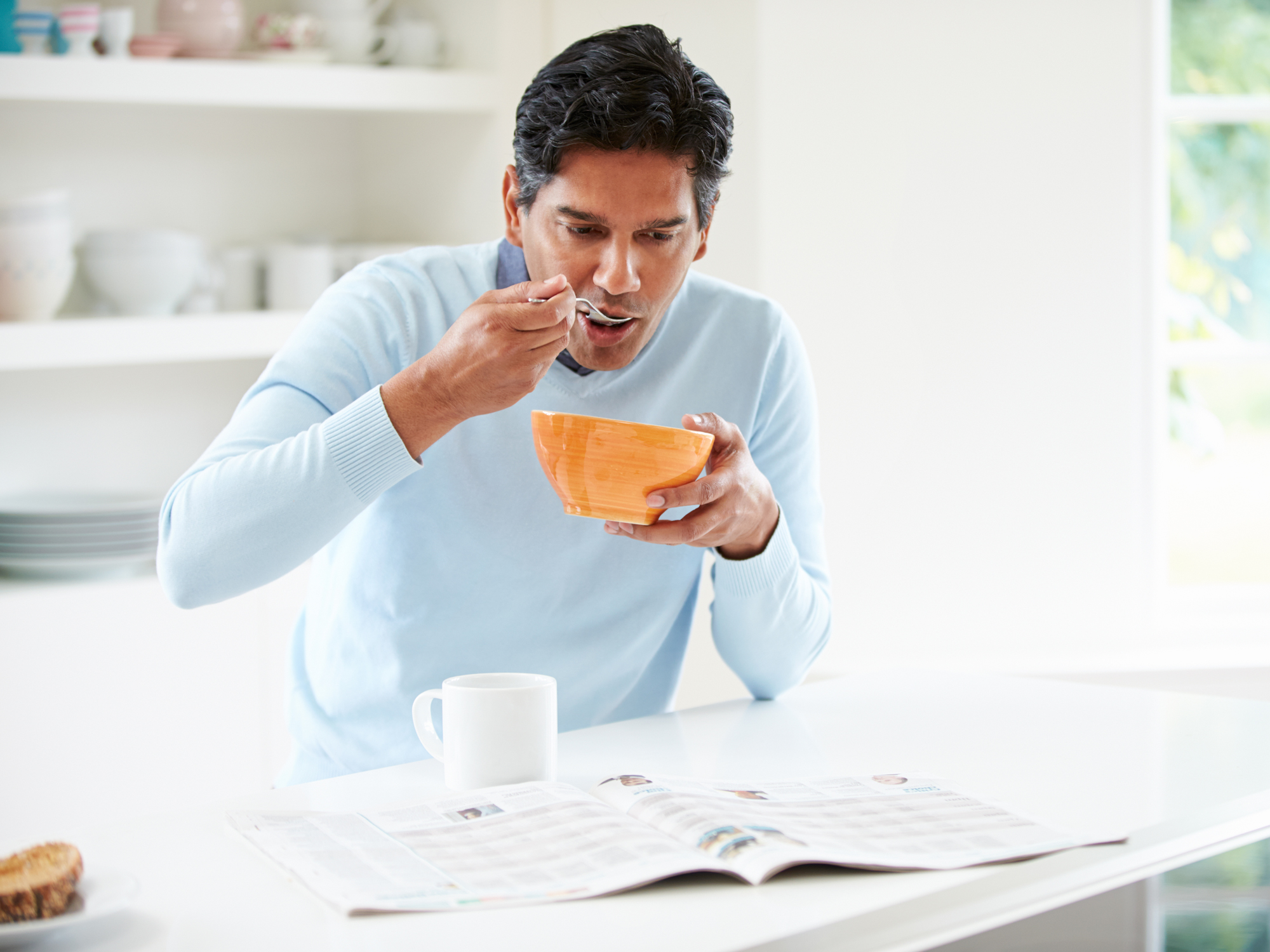 When Hippocrates said “Let food be thy medicine and medicine be thy food,” he may not have had erectile dysfunction in mind, yet the principle holds.

Certain foods possess qualities that can be helpful for managing ED. Naturally, foods should not be the only way you address this sexual challenge, but including one or more in your diet every day can contribute to better erectile function.

Consuming the juice of beets (aka, beetroot) is frequently associated with improving blood pressure. In fact, a recent study in Hypertension reported that drinking 8.5 ounces of beet juice daily for four weeks resulted in a decline in both systolic and diastolic blood pressure as well as an approximately 20 percent improvement in blood vessel dilation capacity and a 10 percent reduction in artery stiffness.

These same benefits can be helpful in managing erectile dysfunction as well. Numerous studies of beets and beet juice have shown that the nitrates in these vegetables help reduce oxygen uptake, which in turn enhances stamina. Once nitrates are consumed, they are converted into nitric oxide, which opens up blood vessels and improves blood flow.

One example comes from the Journal of the American College of Nutrition, in which beetroot extract supplement “provided neuromuscular advantages” during resistance exercise. Another is seen in a 2016 study in Nitric Oxide, in which researchers found that beetroot reduced oxygen uptake during moderate and heavy exercise and enhanced exercise tolerance. You can make your own beet juice or get it in supplements for better sexual health.

If you want to heat up your sex life, then chili peppers should be on the menu. Capsaicin is the bioactive ingredient in chili peppers that can relax your arteries and facilitate better blood flow to the muscles, heart, and other organs, including the penis. Capsaicin is helpful for reducing cholesterol and blood pressure as well as protecting against blood clots. There is also evidence that capsaicin can improve exercise performance and fatigue.

Although it’s been known that capsaicin enhances production of adenosine triphosphate (ATP), which is intimately involved in energy production, a new study reported in Nutrients explored this concept further. The scientists evaluated the impact of no capsaicin (control) or capsaicin fed to mice at various doses over four weeks, after which the animals were tested for fatigue and exercise performance. Capsaicin increased glucose concentration as well as hepatic glycogen content, which is an important source of energy for exercise.

The cruciferous vegetables are among the most healthful foods you can eat. From Brussel sprouts to kale, cauliflower to cabbage, these veggies are known not only for their cancer-fighting properties but for helping with ED as well. That’s because they assist in regulating hormones that excrete estradiol, which in turn boosts levels of testosterone.

In men, low T is often associated with elevated levels of estradiol. Therefore, if you eat foods that block estrogen, you can help boost your testosterone levels naturally. Cruciferous vegetables contain phytonutrients capable of interfering with estradiol. Make it a goal to include at least one serving of cruciferous veggies daily.

Some men are surprised to see dark chocolate on the list of foods that can help erectile dysfunction, but the secret is the flavonoids — potent antioxidants that can lower blood pressure and reduce cholesterol, and both of can improve blood circulation.

If your erectile dysfunction is associated with poor circulation, chocolate may help. Dark chocolate can also assist in nitric oxide production. Be sure that you choose unsweetened dark chocolate that is at least 70 percent cocoa to reap the most benefit.

Why is it important to eat dark rather than milk or white chocolate? A study appearing in the International Journal of Cardiology compared the effect of daily consumption of flavonoid-rich dark chocolate versus non-flavonoid white chocolate in 39 healthy men for two weeks. Men who ate the dark chocolate showed significant improvement in coronary circulation while those who ate white chocolate did not.

This spice is popular for its ability to ease digestive issues as well as spark sex drive and enhance energy. Fenugreek  (Trigonella foenum-graecum) has a delightful flavor that makes the fresh or dried leaves, as well as the seeds, an excellent addition to soups, salads, stews, vegetable and grain dishes. However, if it is has a flavor you don’t enjoy, you also can reap its benefits by taking a supplement.

A 2016 study from Australia examined the effect of fenugreek on sexual function and testosterone deficiency among healthy aging men. The double-blind, placebo-controlled study involved 120 men (ages 43 to 70) who took either 600 mg per day of fenugreek extract or a placebo for 12 weeks. Sexual function improved, including frequency of sexual activity and the number of morning erections, among men who took the extract when compared with placebo. The treated men also saw an increase in total and free testosterone.

Of all the seafood choices available, mussels are probably the most sustainable and environmentally friendly, and it doesn’t hurt that they are also a great source of omega-3 fatty acids. Research indicates that omega-3s stimulate the release of nitric oxide, a substance that is largely responsible for firm erections.

In a review from the University of Naples, scientists explained that “omega-3 fatty acids reduce inflammatory markers…and increase endothelial NO [nitric oxide] production, and are therefore critical for men with ED who are under age 60 years.” Including foods rich in omega-3s, such as mussels, in your diet is one way to integrate this important nutrient for ED into your lifestyle.

You should definitely consider going a little nuts if you want to add a boost to your erectile function. Not all nuts are created equally, however, so be picky when including a handful of raw, unsalted nuts in your diet daily. Brazil nuts, for example, help elevate testosterone because they are a powerhouse of magnesium. In a 2014 review of the interplay between magnesium and testosterone in men, the reviewers noted that men with low magnesium and testosterone deficiency “could benefit from magnesium and/or T treatment targeting physical performance.”

Other nuts are high in the amino acid L-arginine, which stimulates the production of nitric oxide, a substance that enhances blood flow to the penis. An Italian report noted that “Arginine appears to be safe and effective therapy for many health conditions, particularly… erectile dysfunction.” Look for raw hazelnuts, pistachios, English walnuts, and Brazil nuts for this bedroom booster.

The addition of pomegranate juice to your diet could result in a significant increase in your testosterone levels, according to the research. A study involving 58 men who drank a glass of pomegranate juice every day for two weeks, for example, experienced a rise in testosterone between 16 and 30 percent. They also reported an improved mood and a drop in blood pressure.

How does drinking pomegranate juice cause these benefits? New research from Turkey explored this question and determined that pomegranate juice relaxes the human corpus cavernosum (the two columns of erectile tissue in the penis) in a process that involves nitric oxide and that “this action provides a rationale for the therapeutic or preventative use of POM (pomegranate) in men with erectile dysfunction who do not respond well to PDE5 inhibitors.”

This popular leafy green is a super source of L-arginine, which converts to nitric oxide in the body and helps support a healthy erection. It appears Popeye enjoyed his spinach for more than muscle strength, but please choose fresh organic spinach over canned versions. Spinach can be enjoyed in salads, steamed lightly and drizzled olive oil and chopped nuts (another ED fighter), used on sandwiches or added to smoothies.

A Canadian team of researchers explored the effect of eating spinach on arterial stiffness and blood pressure. Twenty-seven healthy adults consumed either a high-nitrate (spinach soup, 845 mg nitrate/day) or a low-nitrate (asparagus soup, 0.6 mg/nitrate/day) for seven days. Analysis showed “promising potential for dietary nitrate to improve vascular health, as seen by decreased arterial stiffness” and improved blood pressure. The authors also concluded that their findings support “the potential use of whole food, un-concentrated dietary nitrate found in a natural, commonly consumed vegetables like spinach, as an effective way to aid in maintenance of cardiovascular health,” which is intimately associated with erectile function.

Another amino acid that plays a role in erectile function is L-citrulline, which is found in watermelon. L-citrulline is a potent antioxidant that converts into L-arginine once it is consumed, and it then triggers the production of nitric oxide. Watermelon is a low-calorie and refreshing alternative to many other desserts and can provide a sexual boost at the same time.

An Italian study looked at the effect of citrulline in men who were living with mild erectile dysfunction. Twenty-four men were given L-citrulline (1.5 gram/d) for one month and then a placebo to take for one month. Erection hardness improved from mild to normal in two (8.3%) men when taking placebo and in 12 (50%) men when taking L-citrulline. The amount of intercourse per month also increased when the men took L-citrulline. Even though L-citrulline is less effective than ED pills, it can be an alternative for men with mild to moderate ED, especially men who do not want to take phosphodiesterase 5 inhibitors.