Home » 5 foods to avoid if you have prostatitis 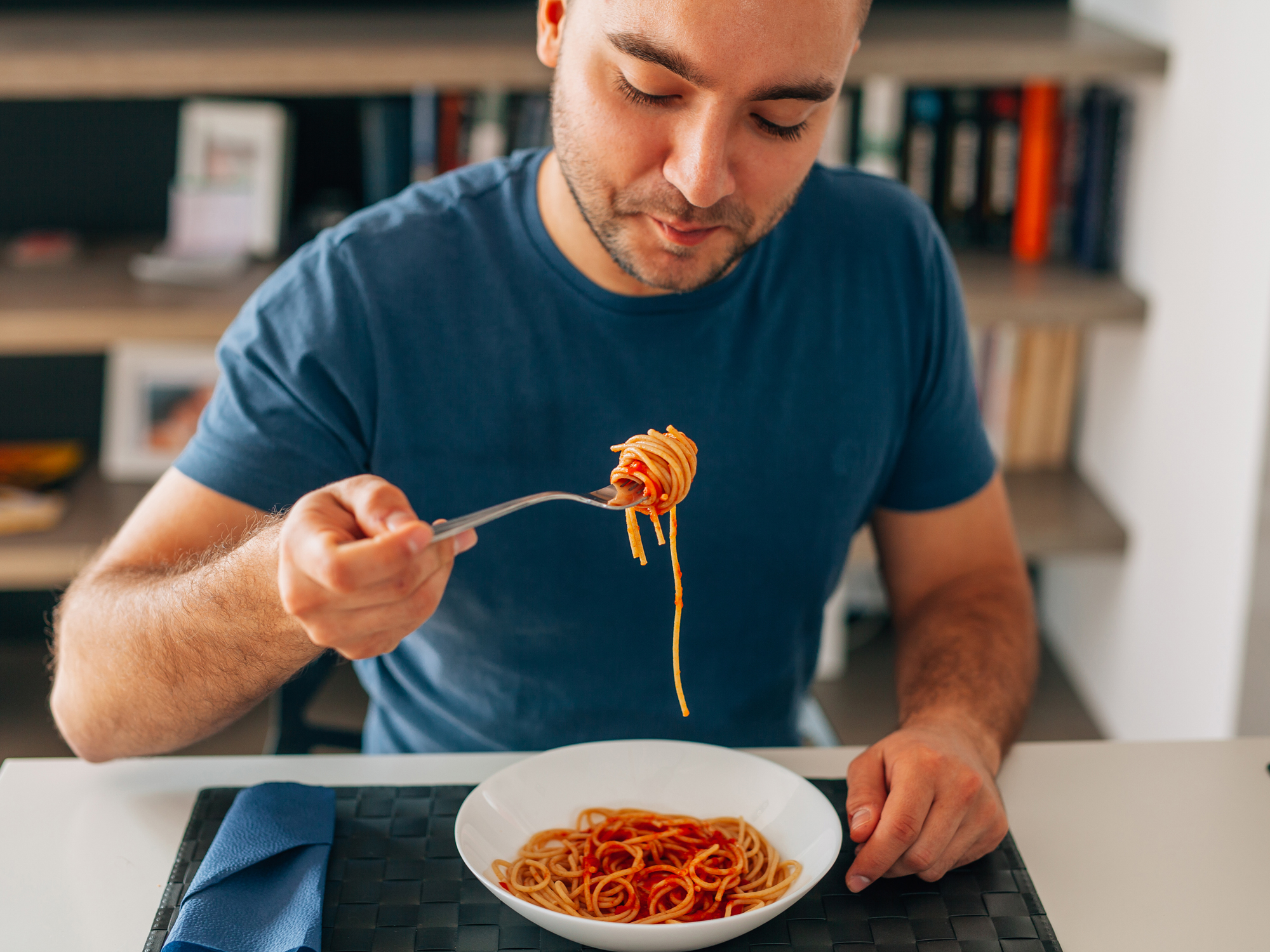 Among the many factors that have an impact on prostate inflammation and prostatitis is your choice of foods and beverages.

After all, the substances you consume interact in a myriad of ways with the biochemical processes that churn on continuously in your body, so you want to ensure you avoid those that can have a negative impact on your prostate health.

Every man is different, so you may not be as severely bothered by some of these foods and beverages as much as someone else. Nor will avoiding these items cure your prostatitis…

However, research has shown that men with prostatitis are most affected by these five foods and beverages, and that eliminating or significantly limiting them may provide symptom relief.

Any alcoholic beverage that contains more than 3.2 percent alcohol can irritate the bladder, which in turn can cause more discomfort or pain in prostatitis. Since 3.2 percent is a very low alcoholic content, it eliminates virtually most available beverages, so it’s a wise choice to skip the alcohol if you have prostatitis.

A possible substitute for alcohol could be citrus juice. A study from New England Research Institutes reported that drinking citrus juice was associated with a 50 percent lower odds of lower urinary tract symptoms progression.

While it’s been shown that coffee has some health benefits, men with prostatitis may best avoid this popular beverage. Caffeinated coffee can irritate your urinary tract, including your bladder, and increase urinary urgency and frequency. Caffeine also can irritate the walls of the bladder, causing inflammation and discomfort. Men who are prone to urinary tract infections are especially vulnerable to bladder discomfort and pain. Although decaffeinated coffee virtually eliminates caffeine, coffee still has various acids that can irritate the urinary tract.

In a study from the Hofstra North Shore LIJ School of Medicine, a team of researchers surveyed men who were living with chronic prostatitis to learn which foods and beverages most aggravated their symptoms of prostatitis. Coffee was one of the top five items named by the study participants. You might have an occasional cup of decaffeinated coffee or, better yet, a chicory and/or grain “coffee” alternative.

The secret ingredient shared by the foods in this category is capsaicin, a substance found in chili peppers (Capsicum frutescens) that has been associated with disorders such as interstitial cystitis (a painful bladder condition) and irritable bowel syndrome. The varieties of peppers high in capsaicin include cayenne, spur or Tabaco peppers, and green or red chili peppers.

Spicy foods were named as one of the top five foods that made symptoms of prostatitis worse, according to a 2013 study. If you have prostatitis, it’s best to avoid foods and condiments containing capsaicin, such as chili, tabasco sauce, and the mentioned peppers themselves.

Black tea typically contains less caffeine than coffee, but you can still experience effects similar to those of a cup of joe. In fact, tea was named as one of the five most bothersome foods by men with chronic prostatitis who participated in a survey conducted by a team at Hofstra North Shore LIJ School of Medicine.

If you do drink tea, choose decaffeinated and preferably green or white teas. Better yet, select an herbal tea such as hibiscus or herbal teas that may help improve blood circulation, including ginkgo biloba, ginger, and bilberry.

An intolerance or allergy to wheat and the protein (gluten) that triggers a negative response in many people can be a significant problem for men who have prostatitis. Wheat and gluten (found in several common grains) cause inflammation in some individuals, which is why it pays to try a wheat and/or gluten-free diet for a while to see if your symptoms improve.

Wheat is found in many common foods, but the names on the ingredient panels may trick you. A few of the other names that can hide the presence of wheat include bulgur, farina, graham flour, kamut, semolina, and spelt, among others. If you want to eliminate gluten as well, you can add barley, oats, rye, and triticale to the list of ingredients to avoid.