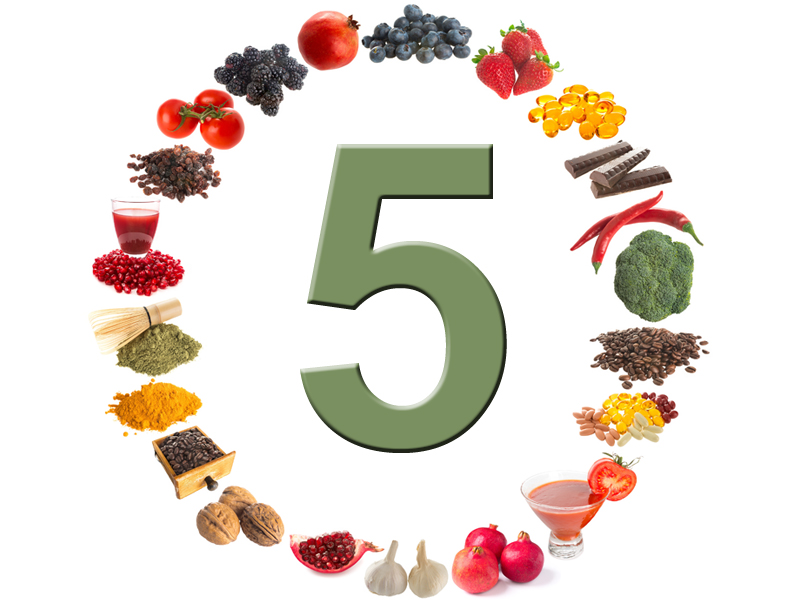 Five inflammation-fighting foods — those containing a lot of polyphenols — are most effective at reducing inflammation.

Long before you go to your doctor and receive a dreaded diagnosis, like cancer, diabetes or Alzheimer’s, your body has already been operating in a serious state of distress caused by unchecked inflammation.

That’s because chronic inflammation is at the root of almost all chronic disease.

Ironically, this same inflammation — the one that can eventually kill you — has a very important function in your body. It defends your body from toxins, infections and injury.

And with something like a bee sting, the inflammatory process is quite visible. Your body responds by sending inflammatory cells to trap the toxin and heal the tissue. Your skin will get red and swell. And even though it may be painful, it’s actually a good thing. Your body is healing itself.

But sometimes your body gets confused — and it doesn’t know to stop sending those inflammation signals. When this happens your body misfires, triggering the inflammatory response over and over.

And since there is no acute illness or injury to be found, these inflammatory cells can end up attacking healthy tissues or organs. This is often how allergies, autoimmune diseases and other degenerative conditions begin.

Various lifestyle factors may contribute to chronic inflammation but one of the most influential causes is diet. Since many foods are either naturally pro-inflammatory or anti-inflammatory, the types of foods you eat have a direct impact on your inflammation responses.

The biggest pro-inflammatory culprits are processed and sugary foods, as well as the trans fats, present in a variety of snack foods, fried foods, baked goods and vegetable shortening. One revealing correlation is the presence of glycotoxins, also known as advanced glycation end products (AGEs), which are formed in foods that are heated, pasteurized, dried, smoked, fried or grilled. Once absorbed into the body, they bind to tissues and oxidize them, causing inflammation.

A recent study conducted by the University of Liverpool’s Institute of Ageing and Chronic Disease, found that certain foods — those containing a lot of polyphenols — were most effective at reducing inflammation.

Based on their research, they identified the top five inflammation-fighting foods… and here is their list:

It’s no surprise that turmeric, green tea and acai berries made the list — these are some of the world’s best-known polyphenol powerhouses. And red grapes are, of course, what gives red wine its health-boosting properties.

But I’ll venture to guess that you didn’t know onions were so good at fighting inflammation. It turns out that, due to their polyphenol content, onions are more effective inflammation fighters than a lot of other vegetables, including broccoli, spinach, asparagus and red lettuce. However, red onions contain more polyphenols than yellow onions, so keep that in mind next time you’re picking out your produce.