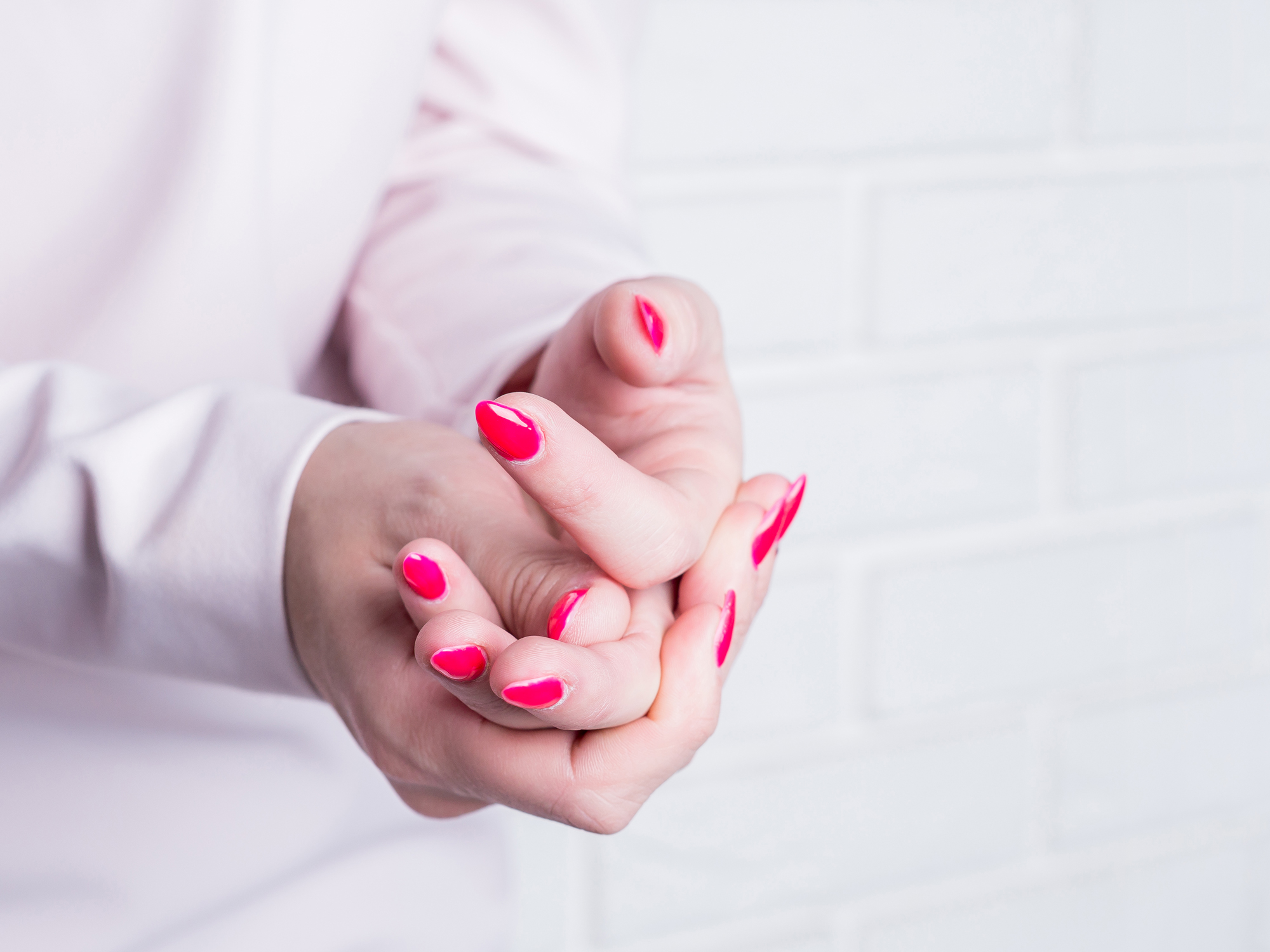 Like a lot of you, probably, I’ve suffered from stiff, aching, painful joints for a number of years now.

But, about two years ago, some joints in a few of my fingers began to swell and ache.

That’s when I was sent to a rheumatologist to see what was behind my joint problems.

The only good news was that my tests were negative for rheumatoid arthritis. But I did have inflammatory arthritis.

Typical arthritis pain is a result of cartilage between joints wearing down. But many middle-aged women can suddenly find themselves with that — and more: fat, inflamed, painful joints that seem to develop almost overnight.

Because of the inflammation, the doctor I saw recommended that I go on “biologic medications” — the kind they typically treat RA with — saying that without them, I would continue to suffer.

Well, let me just say that after reading the side effects list of those prescriptions (which included deadly lymphomas), I refused and set out to manage my inflammatory arthritis symptoms more naturally.

Recently, I read a new scientific study that offers even more hope for those living with the painful joints brought on by an inflammatory arthritis, even rheumatoid…

A study that revealed the five food groups that have been proven time and time again to reduce inflammation, relieve swelling and help your painful joints move again.

According to the researchers from the Disease Biology Laboratory, School of Biotechnology, KIIT University, foods that reduce the progression and symptoms of rheumatoid arthritis range from fruits such as dried plums, blueberries and pomegranates, to whole grains, the spices ginger and turmeric, as well as specific oils and teas – all rich sources of phytochemicals, which 80% of the world uses as traditional medicines to eradicate disease.

And, although the study specifically highlighted the foods benefits to those living with rheumatoid arthritis, it’s reasonable to assume that anyone fighting the daily battle with joint pain could benefit as these foods work by lowering inflammatory molecules, reducing joint stiffness and pain and overcoming oxidative stress — in other words, helping the body to counteract or detoxify harmful chemicals.

The researchers even go a step further, saying that supporting arthritis management through food and diet does not pose ANY harmful side effects and is relatively cheap and easy (unlike those prescription arthritis medications).

So, what foods do they say you should be eating if you suffer from one of these types of inflammatory arthritis conditions?

Studies have shown that increasing your dietary fiber can help decrease the levels of inflammation in your body to fight arthritis. And, whole grains provide rich amounts of antioxidants, phytic acid, vitamin E and selenium, all known to be anti-inflammatory. For the most anti-arthritis benefits, the researchers recommend a daily consumption of dietary fibers between 25 and 38 g for adult women and men.

A number of fruits were shown to be beneficial in alleviating the symptoms of arthritis since they decrease inflammation, provide valuable antioxidants, and reduce oxidative stress and damage to joints. These include dried plums, blueberries, grapefruit, grapes, oranges, apples, tomatoes and pineapple.

And, the resveratrol from black grapes has also been found to exert protective effect against the development of rheumatoid arthritis.

Be sure to get plenty of these important fruits in your daily diet or take a supplement that offers resveratrol and fruit antioxidants.

Three spices were found by the researchers to be beneficial in the battle against arthritis. These include ginger, turmeric, and cinnamon bark. All were found to help reduce inflammation and the symptoms of arthritis.

Both omega-3 and omega-6 fatty acids have shown their potential as anti-inflammatory agents and were found by the researchers to help alleviate arthritis symptoms.

Even better, fish oils, which provide high amount of omega-3 fatty acids, have been shown to be effective in multiple studies at improving RA symptoms. In fact, in one trial, RA patients who took 3.6 grams of fish oil per day for 12 weeks had reduced morning stiffness and a significant increase in grip strength compared to the placebo group.

Now, if fish oil can help, you can be sure krill oil can. Krill contain phospholipids, which are reported to enhance absorption. I don’t go a day without taking Peak Krill Oil™.

Probiotics are live microorganisms that live inside your gastrointestinal tract. They aid in digestion by essentially cleaning out the gut so that things keep flowing. Prebiotics act as food for probiotics. In other words, probiotics eat prebiotics. According to the researchers, studies show that taking both probiotics and prebiotics can significantly reduce the number of swollen, painful joints in arthritis sufferers.

Include as many of these foods in your diet as possible to improve your gut health and fight the inflammation of arthritis.

Arthritis can leave you unable to do the things you love most, like play tennis or golf, get out and take a walk, play with your kids or grandkids or even just get out of bed in the morning. But, you don’t have to rely on dangerous prescription medications to overcome your symptoms and take back your life. Use the five powerful food groups above to relieve inflammation, decrease stiffness, pain and swelling and get moving again.