Home » Are you still eating this proven cancer-causing food? 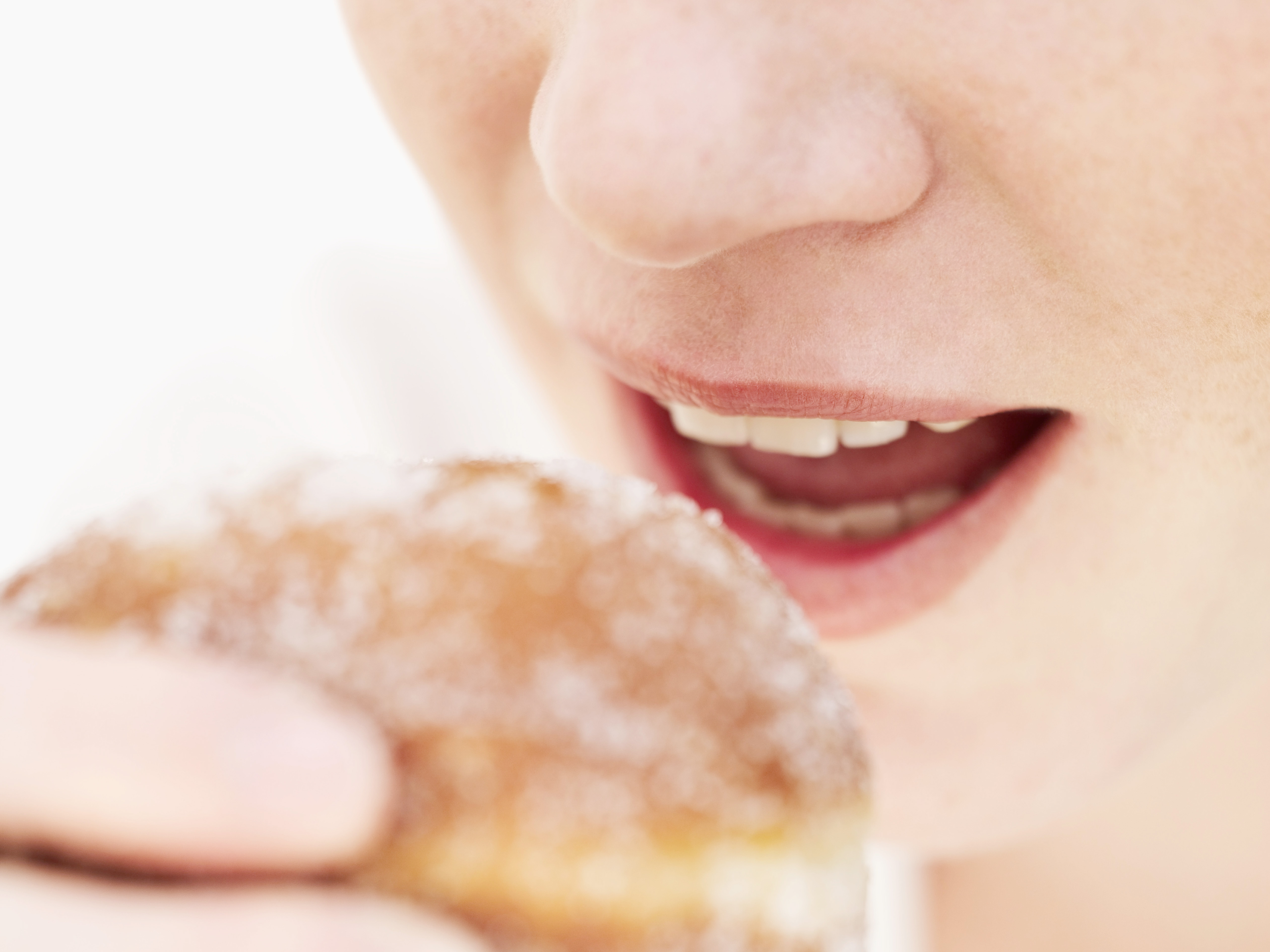 If you want to reduce your risk of developing breast cancer — and the risk of it metastasizing to your lungs — give up sugar. Now. It’s that plain and simple.

But don’t take my word for it. Listen to the experts…

“We found that sucrose intake in mice comparable to levels of Western diets led to increased tumor growth and metastasis, when compared to a non-sugar starch diet,” said Peiying Yang, Ph.D., assistant professor of Palliative, Rehabilitation, and Integrative Medicine.

Dr. Yang was part of a group of scientists who conducted a study at the University of Texas MD Anderson Cancer Center. The team conducted four different studies in which mice were randomized to different diet groups and fed one of four diets. At six months of age, 30 percent of mice on a starch-control diet had measurable tumors, whereas 50 to 58 percent of the mice on sucrose-enriched diets had developed mammary tumors. The study also showed that numbers of lung metastases were significantly higher in mice on a sucrose- or a fructose-enriched diet, versus mice on a starch-control diet.

It’s no secret that sugar feeds cancer, but no previous studies had investigated the direct effect of sugar consumption on the development of breast cancer using breast cancer animal models or examined specific mechanisms.

“The current study investigated the impact of dietary sugar on mammary gland tumor development in multiple mouse models, along with mechanisms that may be involved,” said co-author Lorenzo Cohen, Ph.D., professor of Palliative, Rehabilitation, and Integrative Medicine. “We determined that it was specifically fructose, in table sugar and high-fructose corn syrup (HFCS), ubiquitous within our food system, which was responsible for facilitating lung metastasis and 12-HETE production in breast tumors.”

This study appears to conclusively identify sugar consumption — specifically table sugar and high-fructose corn syrup — as a major risk factor for breast cancer and its metastasis. And Americans are especially at risk because we consume 30 percent more fructose than we did 20 years ago, and the amount has increased year after year.

The per capita consumption of added sugars in the U.S. has surged to over 100 lbs. per year and an increase in consumption of sugar-sweetened beverages has been identified as a significant contributor to an epidemic of obesity, heart disease and cancer worldwide.

The World Health Organization recognizes the danger and recommends that sugar intake make up “less than 10% of total energy intake per day.” Even better, the WHO would like to recommend that adults reduce their daily sugar intake to only 5% of total daily calories. Based on a 2,000 calorie daily diet that would be only consuming about 25 grams of sugar (6 teaspoons) per day.

You may think limiting your sugar consumption to just 6 teaspoons a day would be impossible. But here’s why it’s so important…

One of the many effective cancer strategies Dr. Cutler recommends is CAAT therapy just for that reason.

The therapy is built around the findings of Nobel Prize winner, Otto Warburg., M.D., who discovered about 90 years ago that all cancer cells produce inordinate amounts of lactic acid because they do not receive sufficient amounts of oxygen. To survive and thrive they break down glucose into lactic acid and then glycogen. Therefore glycolysis (creating energy from sugar) is the cancer cell’s major source of energy. You can read more about CAAT therapy in Surviving Cancer (click here to get a copy).

Now do you understand the sugar-cancer connection? It’s imperative to cut down on your sugar consumption by avoiding added sugars. But first you have to know where it hides — and the many aliases food manufactures use to trick you into buying it, including:

And don’t be fooled by foods with sugars that sound inviting and wholesome, like “brown sugar” and “raw sugar.” Those are just names meant to fool you into thinking they’re more natural when they’re not. The foods you’ll find the most added sugars in (by the names listed above) include soft drinks, fruit juices, candy, baked goods, fruits canned in syrup, low-fat or diet foods and dried fruits.

The good news is that fresh, whole foods like fresh fruits and vegetables, even though they have sugars, and fructose in the case of fruit, aren’t on any “bad” list.