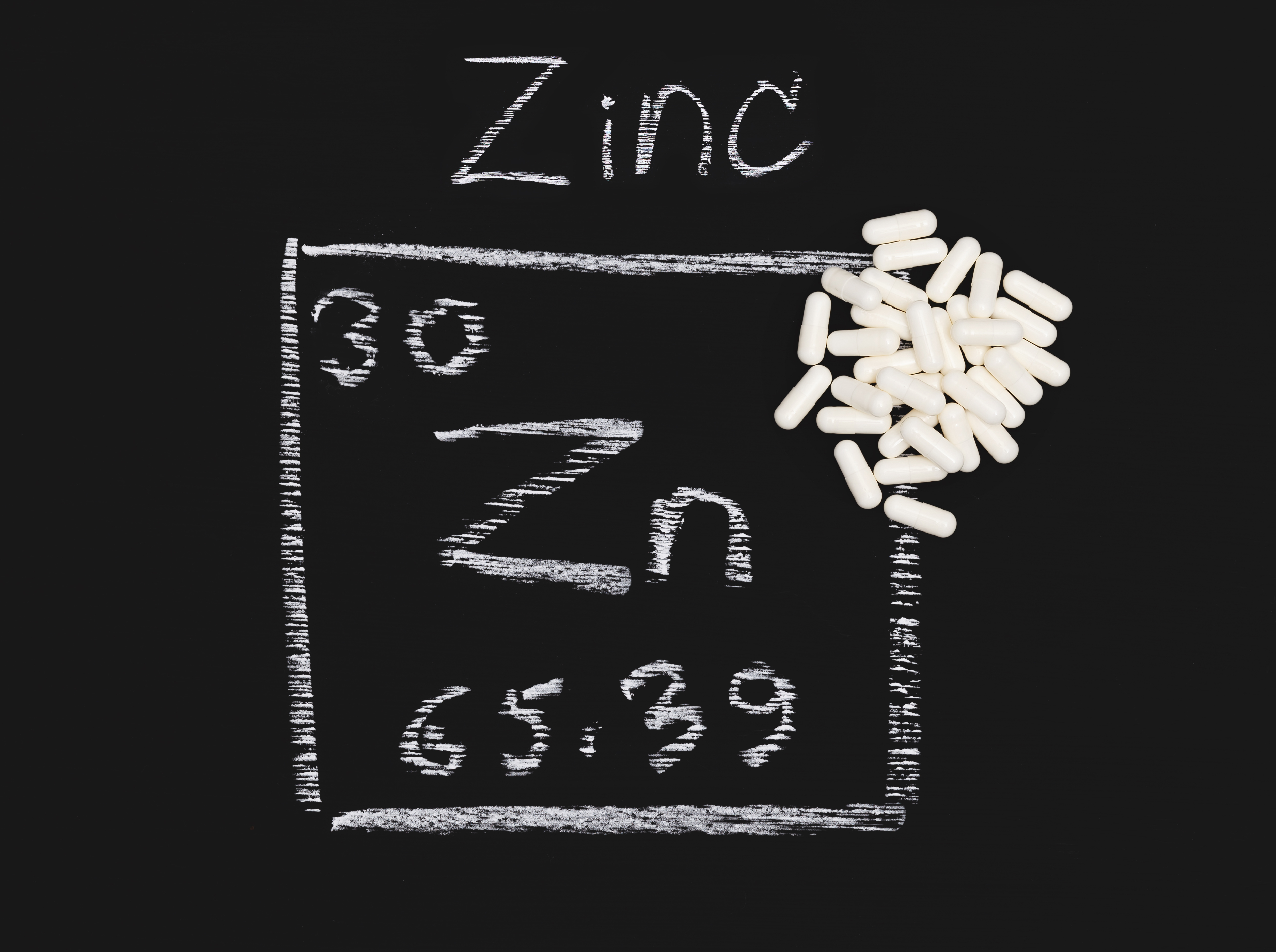 Zinc may be the last entry on a list of minerals, but it’s right up there at the top when you consider how important it is to men’s health.

Clue number one: The prostate gland contains a high concentration of this mineral, and nature didn’t put it there for nothing.

Clue number two: Zinc has an impact on testosterone levels, which are important to maintain as you age. I have several more benefits of zinc for men’s health to tell you about, but before I get to them, it’s worth checking out some of the basics about zinc.

Zinc is an essential trace mineral that is necessary for all cells. Prostate cells, however, accumulate more zinc than cells anywhere else in the body. In addition to the prostate, zinc is found in high concentrations in bone, eyes, kidney, liver, muscles, and pancreas.

Zinc is an active participant in numerous functions and reactions in the body, including immune system function, synthesis of DNA and protein, cell metabolism, wound healing, cell division, proper sense of smell and taste, and proper growth. It also helps stimulate about 100 different enzymes. Despite its wide-reaching activities, the body needs only a very small amount of zinc; 11 mg daily for men is the Recommended Dietary Allowance. Since the body has no special storage system for zinc, it’s necessary to replenish the body daily.

Low levels of zinc or zinc deficiency is associated with greater susceptibility to illness and disease and loss of appetite. Severe cases are characterized by diarrhea, impotence, eye and skin lesions, hair loss, weight loss, taste abnormalities, mental fogginess, delayed wound healing, and hypogonadism. Zinc levels are not easy to determine with current laboratory testing techniques and more research is needed, so it’s wise to be aware of your daily zinc intake and deficiency symptoms.

The one food most associated with zinc is the oyster, which serves up nearly 500 percent of the RDA per three ounce serving. Less impressive but still considered excellent to very good and good sources include crab, fortified cereals, cashews, peanuts, chick peas, kidney beans, baked beans, toasted wheat germ, and chicken.

If you choose enough of the right zinc-rich foods, you probably won’t need to worry about taking a zinc supplement. However, if you decide you could benefit from one, the available types are zinc acetate, zinc gluconate, zinc chelate, zinc picolinate, and zinc sulfate. We just recently added 60mg of zinc chelate to EveryDay Male – our men’s sexual health and testosterone support supplement. Zinc chelate is a form of zinc that allows for easy absorption and is the one that I take.

Benefits of zinc for men

Enough of the basics. Now let’s zero in on the benefits of zinc for men’s health.

A deficiency of zinc, which is a potent antioxidant, seems to increase the ability of bacteria, viruses, toxins, and other harmful agents to cross the blood-brain barrier. Sufficient zinc, however, is believed to provide protection against such an invasion, according to research from the Linus Pauling Institute. Healthy zinc levels also may help protect against serious brain diseases such as schizophrenia, Pick’s disease, Wilson’s disease, and epileptic seizures, as well as alcoholism.

It’s great for heart health. An Australian team reviewed the benefits of zinc for cardiovascular health, pointing out that the mineral seems to protect against coronary artery disease and cardiomyopathy as well as guard against damage to the myocardium (heart muscle). Zinc’s anti-inflammatory properties, along with its antioxidant characteristics, are beneficial for reducing risk factors associated with atherosclerosis. In a study of 40 healthy older adults, supplementation with 45 mg of zinc gluconate daily for six months had a positive impact on factors associated with atherosclerosis when compared with participants who received a placebo.

In a 2010 review of studies concerning sexual health and function among individuals with kidney disease, which is a common occurrence among this population, reviewers looked at the impact of taking zinc supplements. They reported that use of zinc supplements can not only increase testosterone levels but also improve the potency and frequency of sexual intercourse.

Its great for athletic endurance and energy. You want to be sure you get enough zinc for those days at the gym, on the road, or in the field when you need high energy and endurance. In an American Journal of Clinical Nutrition report, experts explained that zinc facilitates the conversion of energy in food into energy for work and physical function to enhance your physical performance. Insufficient zinc is associated with reductions in endurance, muscle strength, and cardiorespiratory function.

A number of studies of zinc and its impact on energy, endurance, and athletic performance reveal an intimate relationship. One study, for example, showed that supplementing with zinc may be helpful in improving performance that requires use of fast-twitch muscle fibers. Another study looked at the impact of zinc supplementation on elite athletes (wrestlers). It showed that a four-week program of zinc sulfate supplementation (3 mg/kg/day) may benefit endurance and performance.

Supplementation with zinc improved blood values (red blood cell count, hemoglobin, white blood cell count) in young adult athletes in training, which can translate into improved energy. A total of 30 participants were assigned to take either daily doses of zinc at 3 mg/kg/day and no exercise, wrestling and exercise up to 2 hours daily for five days per week without zinc supplementation, or a combination of exercise and zinc. At the end of four weeks, the blood factors were significantly higher among the participants who took the zinc supplement, suggesting that the mineral has a positive impact on blood parameters and energy.

For example, experts have shown that zinc can help prevent malignancy by creating an environment that is toxic to prostate cancer cells. One study showed that men who took more than 15 mg of zinc had a 66 percent reduction in their risk of developing advanced prostate cancer. Another study demonstrated that higher intake of zinc in the diet was associated with a 36 percent reduced risk of dying from prostate cancer, and that amount of protection was 76 percent among men who had localized prostate tumors. Generally, a recent report stated that “Men over 40 should consider zinc supplementation for a variety of reasons including maintaining healthy prostate tissue zinc levels.”

Don’t let the fact that zinc is usually at the bottom of the list cause you to neglect this essential mineral. Evaluate your diet and supplement regimen for zinc intake and consider taking a supplement like our EveryDay Male that contains zinc and 13 other ingredients that support and promote men’s health.