Home » Can this food lead to lung cancer? 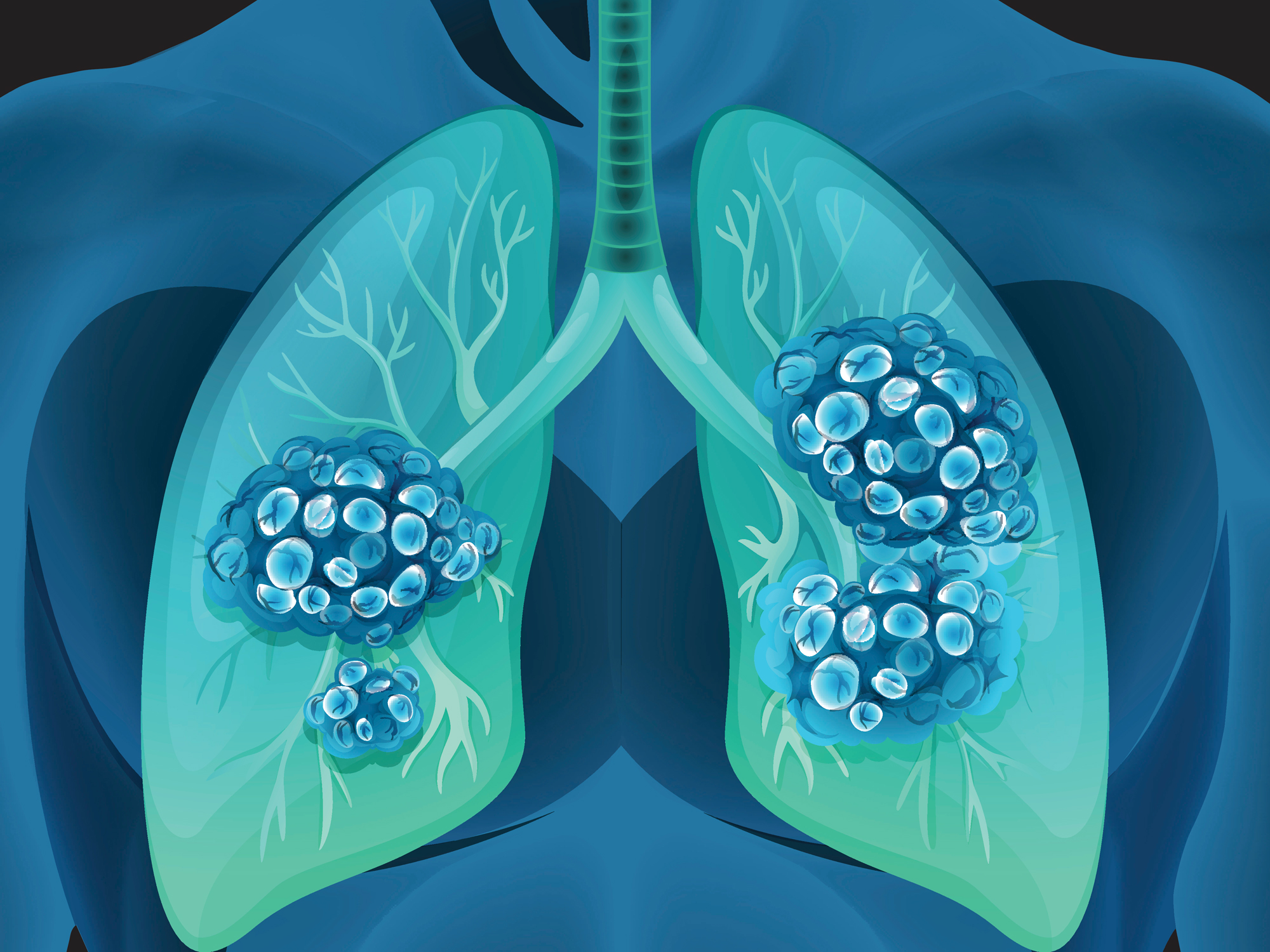 And if you’ve been reading me for a while you know I’ve chosen to follow a paleo-styled way of eating.

Of course the paleo diet centers on eating foods that our early ancestor ate, and that includes meat. It doesn’t include carbohydrates (with the exception of a very few, like the sweet potato) and that is a little off-putting to some people.

I understand that giving up pasta and baked potatoes can be hard, but how would you feel about giving up your lung cancer risk?

Yes, there are some studies that link meat to cancer — but it’s the worst offenders — processed meats like hot dogs, lunch meats and so on. And there are things you can do to decrease that risk.

But there’s little you can do to avoid the multiple disease dangers behind carbohydrates. Let me explain…

Type 2 diabetes can develop when your body experiences an onslaught of blood sugar spikes over and over and over, until finally your pancreas can’t keep up. It can’t produce balanced amounts of insulin to keep you safe.

But the truth is — insulin resistance can lead to a litany of chronic illnesses, even cancer — in people without any indication of diabetes.

Case in point: Carbohydrates are notorious for spiking your blood sugar levels. If we were discussing diets — primarily for weight loss — there would be a lot of information to bring up, some of it conflicting, about carbohydrates and glycemic index. But unfortunately we’re talking about something a little more grave than meeting your goal weight…

That sinister reason you should heavily consider your carb in-take is lung cancer.

When non-smokers get lung cancer

A study published recently in Cancer Epidemiology, Biomarkers & Prevention, a journal of the American Association for Cancer Research, is the largest to link high glycemic index — a classification of how rapidly carbohydrates elevate blood sugar levels — with lung cancer.

Lung cancer is the second most common cancer in both men and women, but is by far the leading cause of cancer mortality, with over 150,000 deaths from lung cancer expected in the U.S. in 2016, according to the American Cancer Society.

While tobacco use is the leading cause of lung cancer, there are numerous cases of non-smokers getting the disease—and accumulating evidence points to dietary factors according to Xifeng Wu, M.D., Ph.D., professor, Epidemiology and senior author of the study.

Previous studies have investigated associations between GI and glycemic load (GL), a related measure of carbohydrate quantity, and risk of numerous other cancers.

“Diets high in glycemic index result in higher levels of blood glucose and insulin, which promote perturbations in the insulin-like growth factors (IGFs),” said Stephanie Melkonian, postdoctoral fellow with Wu’s team and lead author of the study. “Previous research suggests increased levels of IGFs are associated with increased lung cancer risk. However, the association between glycemic index and lung cancer risk was unclear.”

So, in this latest study researchers sought to clarify that association. To do so they surveyed 1,905 newly-diagnosed lung cancer patients and 2,413 healthy individuals. These participants provided information on their past dietary habits and health histories.

“We observed a 49 percent increased risk of lung cancer among subjects with the highest daily GI compared to those with the lowest daily GI,” said Wu. “The associations were more pronounced among subjects who were never smokers, diagnosed with squamous cell carcinoma or had less than 12 years of education.”

Among non-smokers, those in the highest glycemic index group — those who reported eating the foods most notorious for affecting blood sugar spikes and insulin levels — were more than twice as likely to develop lung cancer as those in the lowest group.

The truth hurts… and causes disease

Can the reason that non-smokers get lung cancer truly be tied to diet, carbs and insulin? You just read the research, but I know the idea seems extremely foreign to anyone reading this because our doctors won’t discuss an insulin-disease connection to anything other than diabetes.

So let’s consider chronic low-grade inflammation, then. Numerous studies have shown it fuels disease, including cancer. And you know that nothing fuels the rate of inflammation in your body as significantly as carbohydrates…

Consuming sugar (a simple carbohydrate) or a high carb diet increases glucose in the bloodstream, along with increasing the production of insulin and insulin-like growth factor, all of which increase inflammation and insulin resistance.

It’s a vicious cycle that chronic conditions, like heart disease, cancer, obesity — even Alzheimer’s — are only symptoms of.

And correcting it may be the key to not only living healthier, but living longer…

According to Dr. Ron Rosedale insulin may be the silver bullet behind why some people live to be one hundred years of age. In numerous studies on centenarians, a common denominator emerged: The great majority of them had low insulin levels — balanced and under control.