Home » ‘Clean’ water is harder to find than you think 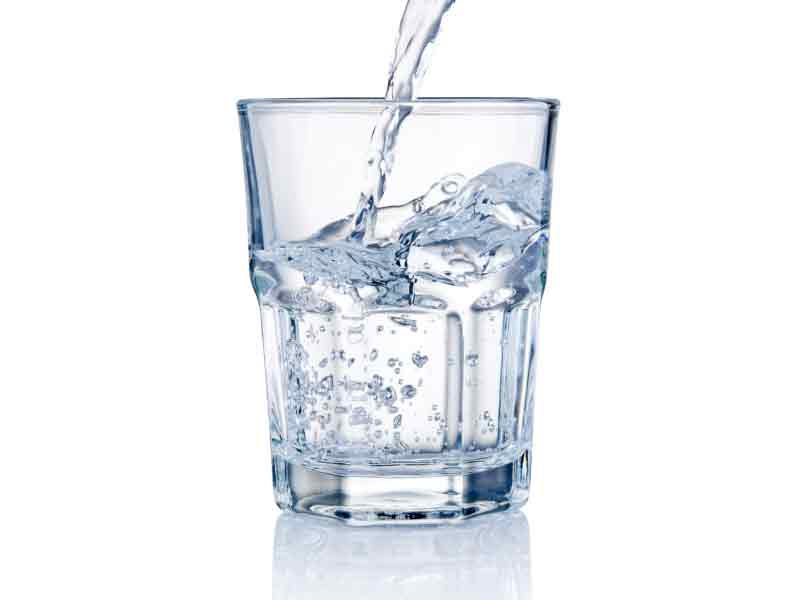 The ongoing water contamination crisis in Flint, Michigan, has many other U.S. municipalities examining water supplies for toxins… many with disturbing results. But even in areas where public water is still deemed safe for drinking, it contains hundreds of unregulated chemicals and contaminants. Here’s how to make sure you’re drinking the cleanest water available.

Since news of widespread lead contamination in Flint broke, there’s been a renewed nationwide focus on the safety of the nation’s 53,000 community water systems.

And for all the publicity it is getting, people taking a closer look at water safety are quickly realizing that the Flint debacle isn’t an isolated case. Nor is it the first time unacceptable lead levels have been observed in U.S. drinking supplies.

Lead contamination is a story we hear over and over. But once the headlines quiet down, most folks go back to giving very little thought about the quality of the water they sip at their kitchen sinks.

And that’s not surprising, considering that the U.S. is said to have one of the safest water supplies in the entire world.

But “safe” is a relative term in an age where everything seems to be getting contaminated by the growing number of chemicals people and industries use on a daily basis.

Back in 2009, the Environmental Working Group released the results of a three-year study of the nation’s water systems, finding that more than 200 chemicals not regulated by the EPA exist in the tap water of almost every U.S. state.

That means there are chemicals in the water that the regulators responsible for evaluating water safety aren’t even interested in tallying. Those include pesticides, commercial chemicals, disinfection byproducts and even pharmaceutical contaminants.

In 2013, an Associated Press investigation dug deeper into the pharmaceutical contamination, revealing: “A vast array of pharmaceuticals including antibiotics, anti-convulsants, mood stabilizers and sex hormones have been found in the drinking water supplies of at least 41 million Americans…”

The AP reported: “In the course of a five-month inquiry, the AP discovered that drugs have been detected in the drinking water supplies of 24 major metropolitan areas from Southern California to Northern New Jersey, from Detroit to Louisville, Ky.

“Water providers rarely disclose results of pharmaceutical screenings, unless pressed, the AP found. For example, the head of a group representing major California suppliers said the public ‘doesn’t know how to interpret the information’ and might be unduly alarmed.”

That’s right… regulators don’t feel the need to alert the public because this contamination is totally acceptable by their clean water standards and, thereby, legal.

There is also the issue of fluoride, a poison that most municipal water providers deliberately pump into water supplies.

In other words, you are the only one who can ensure that the water you put into your body is completely safe to drink.

In recent years, there’s been a big push by environmental fanatics to demonize bottled water producers as unnecessary polluters who make a killing by charging premium prices for water that is virtually free from the tap.

But for all their anti-pollution arguments, they’re mostly wrong.

If you’re looking for truly pure bottled water, steer clear of brands like PepsiCo’s Aquafina and Coca-Cola’s Dasani— both of those actually are made of bottled tap water. Granted, a secondary filtration process does likely help filter out some of the contaminants missed by municipal water treatment facilities.

Instead, opt for bottled water brands that state their source as an artesian well.

According to geology.com: “Artesian water is water produced from an artesian well. To be an artesian well the water in the aquifer (a subsurface rock unit that holds and transmits water) must be under enough pressure to force it up the well to a level that is higher than the top of the aquifer.”

Because the source of this water originates between two layers of rock deep in the earth, it is far less likely to be compromised by bacteria and other environmental contaminants. This water also contains natural minerals, including calcium, bicarbonate and silica which help keep body chemistry in balance.

Many of these brands, including Jana and 1907 New Zealand, have the added benefit of alkalinity levels comparable to the body’s natural pH levels. More on why that’s important here.

You’ll also notice that each of these options comes packaged in either a glass or BPH-free plastic container to avoid chemical contamination after bottling.

Another option for protecting your health by making sure you only drink the cleanest water possible is by purchasing a quality in-home water filtration system. There are many quality water-filtration systems available that use activated carbon to remove chemicals and organic compounds. Other systems use reverse osmosis to filter water by applying pressurized force to push it through a selective membrane, effectively removing a large amount of contaminants. When drinking distilled or reverse osmosis water, however, include a few drops of essential mineral concentrates to each gallon to replace the essential minerals lost during the purification process.