Home » Coconut oil for your heart, brain, belly and more 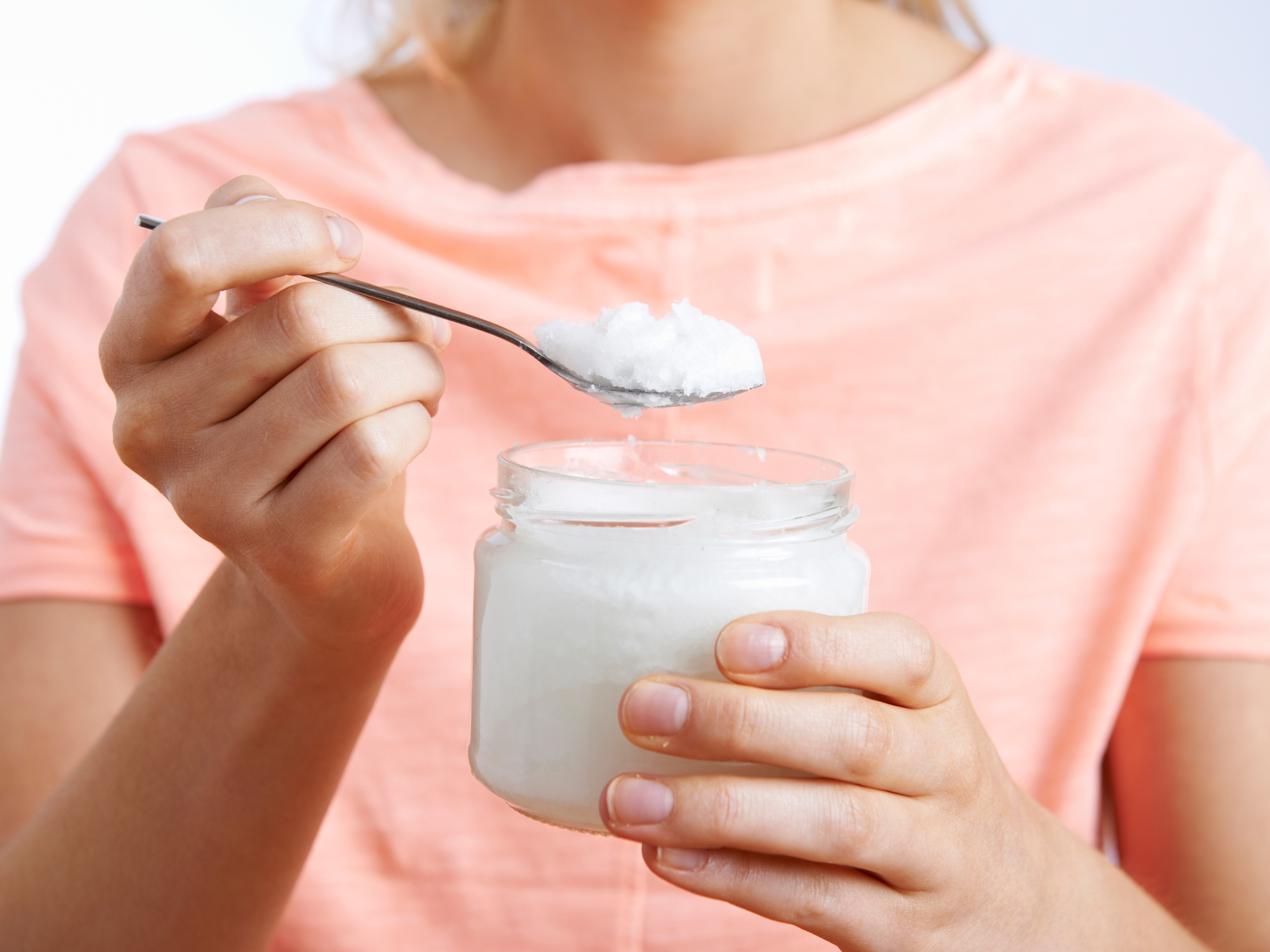 Despite what the American Heart Association will tell you, coconut oil is considered to be a highly nutritious ‘functional food’ with numerous health benefits.

But just in case you have any doubts, you can read here why I believe the AMA, in their recent conclusions about coconut oil, had it all wrong…

In fact, coconut oil is rich in dietary fiber, vitamins, minerals, and antioxidants…

Coconut oil raises LDL-cholesterol, but it also has been show to lower the oxidized (sticky) amount of LDL in addition to raising your (good) HDL-cholesterol…

And a study appearing in the February 2011 issue of the American Journal of Cardiology showed that the higher the HDL cholesterol levels in men, the more likely they would live to the age of 85.

Yet, in addition to improving heart health, coconut oil has many other health benefits that I’d like tell you about.

More specifically, coconut oil’s saturated fat is mostly made up of medium-chain triglycerides (MCTs), which your body handles differently than the fats in liquid vegetable oils, dairy and meats. It turns out that coconut oil consumption not only reduces the progression towards Alzheimer’s Disease, but it also lessens the cognitive deficits seen in this condition.

Furthermore, coconut oil is considered to be beneficial in the treatment of obesity, dyslipidemia, insulin resistance and high blood pressure — all of which are risk factors for Alzheimer’s Dementia.  Incidentally, these are also some of the risk factors for heart disease and type 2 diabetes.

Therefore, coconut oil supplementation is considered a therapeutic option for preventing and reversing Alzheimer’s Dementia. It is best taken with food so that it won’t upset your stomach. I love to put it in my oatmeal, on occasional toast, on my hot veggies, but not in my smoothies (it turns solid at this cold temperature).

You can start with one tablespoon of coconut oil in food every morning, and then increase over the weeks up to the four tablespoons per day, which is considered a therapeutic dose for brain health. Four tablespoons twice daily would be recommended for treatment of Alzheimer’s Dementia or other neurological diseases.

Losing weight is on the mind (or should be) of nearly a third of American adults.

Consumption of medium-chain triglycerides (MCT) oil has been shown to cause weight loss and hunger reduction compared to long chain fatty acids such as olive oil. Some studies specifically on coconut oil show that it reduces hunger, causes weight loss, or reduces abdominal obesity.

In a randomized double-blind, clinical trial of forty women, aged 20-40 years, participants consumed two tablespoons of either soy bean or coconut oil for 12-weeks. While both groups were found to lose weight, only those who consumed coconut oil had significant reductions in waist circumference (i.e. belly fat). Also, only the soy bean oil group had unfavorable lipid measurements of decreased (good) HDL-cholesterol and increased total and LDL-cholesterol.

Improve your hair and skin

More than just imagining the healthy feel of it on your skin and hair, coconut oil actually has proven health effects here too. One study found that supplementing with coconut oil prevented combing damage. That’s because, “Coconut oil…has a high affinity for hair proteins and… is able to penetrate inside the hair shaft,” while mineral oil does not do this.

Knowing this, you won’t be surprised to know that coconut oil stimulates collagen production, enhances collagen cross-linking (strengthens and tightens skin), and causes a high turnover of collagen. An animal study revealed that wounds healed much faster when coconut oil was applied topically. When researchers examined the tissue under a microscope they found increased fibroblast proliferation (new cell growth) and neovascularization (new blood vessel formation) in coconut oil-treated wounds compared to controls.

Well, the verdict is not out yet for humans, but it is known that coconut oil has a blood sugar-lowing action and enhances insulin secretion in animal studies.

To healing foods and feeling good,

Editor’s note: If you want to make sense of — and benefit from — superfoods and nutrients, like the coconut oil you just read about, then you need a copy of The Part-Time Health Nut, by Dr. Michael Cutler. It’s the quintessential guide for people like you who prefer a no-nonsense approach to getting and enjoying your best health ever. Click here to get it today!