Home » Why they are wrong about coconut oil 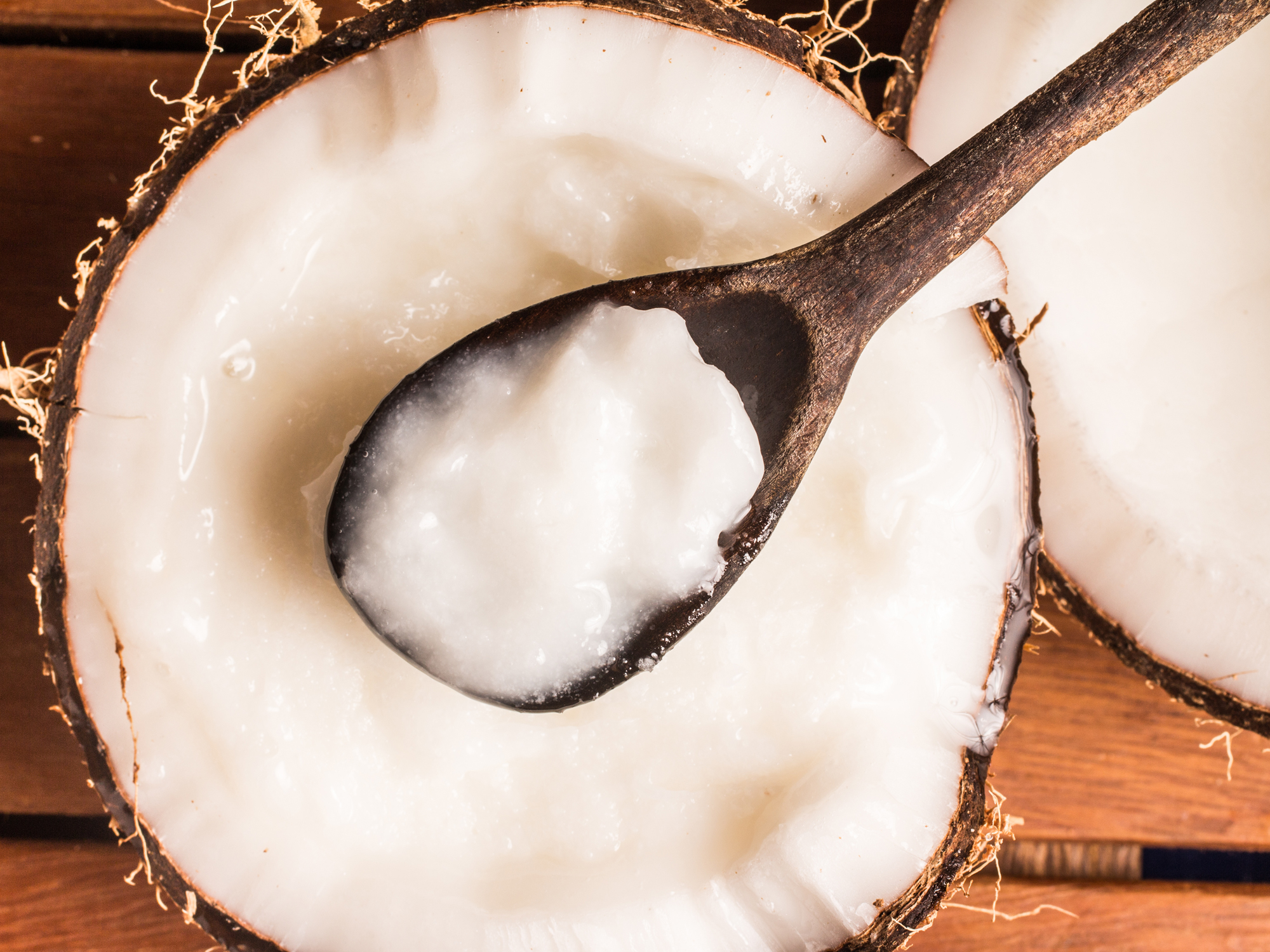 As a doctor, I was extremely disturbed to discover the American Heart Association’s new conclusions about coconut oil for heart health.

The recent publication, “Dietary Fats and Cardiovascular Disease — A Presidential Advisory from the American Heart Association” makes an authoritative, yet misleading summary statement about coconut oil’s effects on heart health. I read their scientific presentation and I can see how their conclusions are incorrect about coconut oil.

To set a basis for their claim, they state:

Then on page 13 they correctly point out that polyunsaturated vegetable oil reduces cardiovascular disease (CVD) by approximately 30% compared to diets high in saturated (animal) fat. Then they suddenly make this incorrect connection to coconut oil (just because it is high in saturated fat). Then write about 7 controlled trials comparing coconut oil with monounsaturated or polyunsaturated oils (such as safflower or olive oil) in which coconut oil raised LDL cholesterol, but conspicuously fail to mention that coconut always raises HDL (good) cholesterol!

They admit that “Clinical trials that compared direct effects on CVD of coconut oil and other dietary oils have not been reported.”

However, without mention of the many other studies I found in the peer reviewed scientific literature proving the heart health effects of coconut oil, they state, “However, because coconut oil increases LDL cholesterol, a cause of CVD, and has no known offsetting favorable effects, we advise against the use of coconut oil.”

To me this is simply deception at the highest levels of mainstream medicine. What? “No offsetting favorable effects,” you say? Let me show you otherwise.

All you have to do is enter the search term “coconut oil and cardiovascular disease” in the search field of www.pubmed.com, where more than 15 Million scientific articles are published for all to read, and you will quickly discover that coconut oil has heart protective effects, despite it being high in saturated fat.

One peer-reviewed scientific article after another on this topic finds that coconut oil increases HDL (good) cholesterol, which is more important to heart health that elevated LDL levels. A landmark study in 2009 revealed that nearly 75% of patients who are hospitalized for a heart attack have LDL cholesterol levels within the recommended target for LDL cholesterol.

That’s because LDL by itself is not the reason for heart attacks. Rather, inflammation in the body, which produces oxidized (“sticky”) plus many more chemical mediators that lead to heart disease, is the real culprit here.

It is true that years ago studies started to show that foods high in “saturated fat” increased serum cholesterol… and that high serum cholesterol was “linked to coronary artery disease (CAD).” However, the notion that eating dietary saturated fats increases CAD or premature death is actually a weak association.

In fact, over the years, more data revealed that dietary saturated fatty acids (SFAs) are not even associated with CAD because other contributing factors were overlooked. In the AHA’s studies quoted I saw no mention of coconut oil, but rather inference to animal meat diets as the source of the SFAs consumed by study participants.

According to Web MD, “Coconut oil’s saturated fat is made up mostly of medium-chain triglycerides, or MCTs… your body handles them differently than the longer-chain fats in liquid vegetable oils, dairy, and fatty meats.”

Furthermore, several recent analyses show that SFAs, particularly in coconut oil and dairy foods, can improve health. Actually, the adverse health effects previously shown to be associated with saturated fats are most likely due to other factors, not just to the saturated fat content.

Here’s what else you deserve to know:

Coconut oil studies demonstrate it is beneficial for heart health

Here are studies I happened upon just on the first page of my search results at www.pubmed.com:

The list of studies to show favorable heart health effects from coconut go on and on. To me it looks a bit like big pharma is attempting to protect big profits from pharmaceutical and surgical interventions to combat our number one killer, heart disease.

I am looking forward to sharing with you more science that proves why you don’t want to live without coconut oil — for many health reasons. Read about why coconut oil is a must not just for your heart, but for your brain, belly and more!

Editor’s note: If you want to make sense of — and benefit from — superfoods and nutrients, like the coconut oil you just read about, then you need a copy of The Part-Time Health Nut, by Dr. Michael Cutler. It’s the quintessential guide for people like you who prefer a no-nonsense approach to getting and enjoying your best health ever. Click here to get it today!