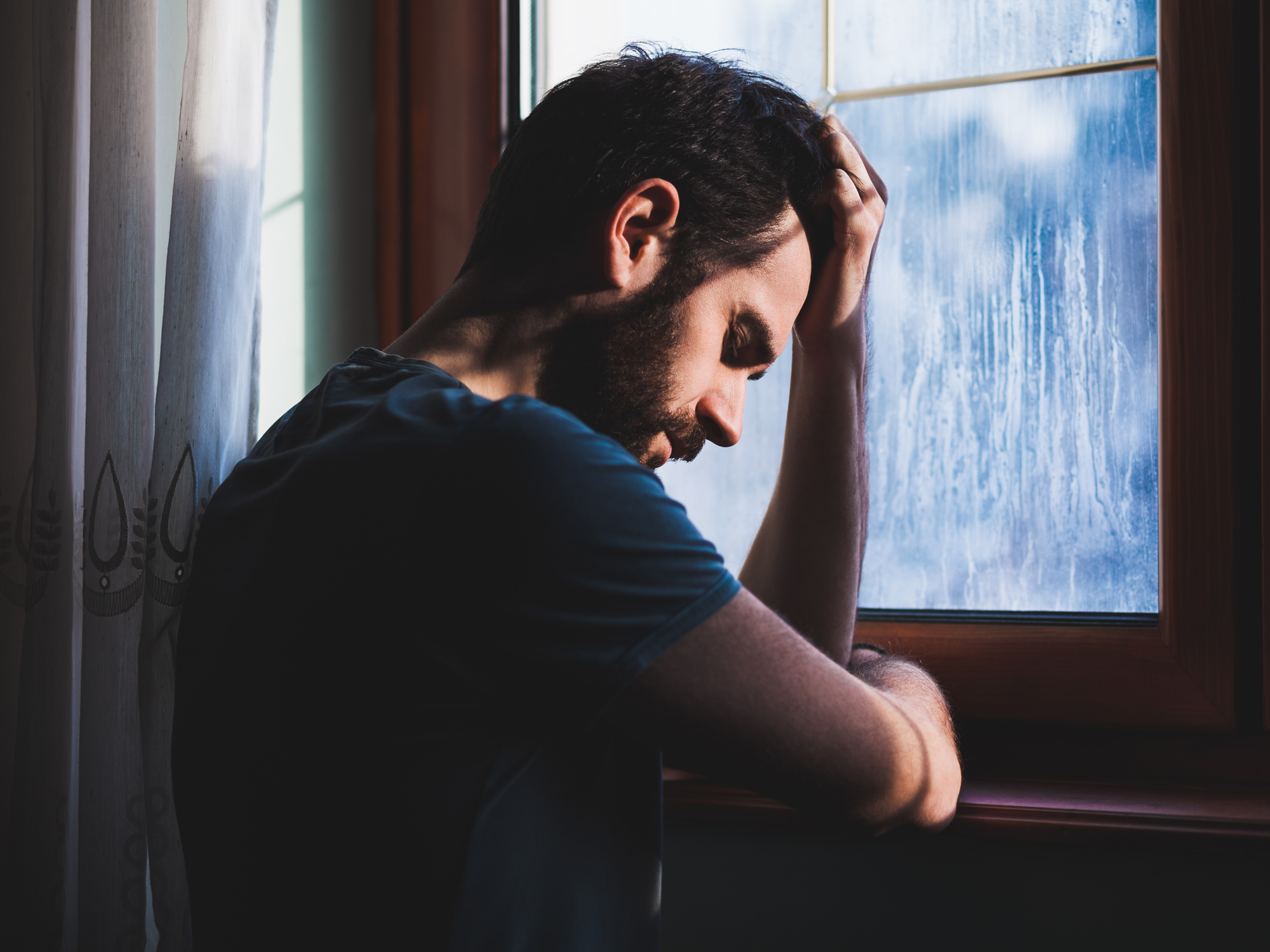 Have you ever been depressed?

A low mood at some point in life is an inevitable part of the human experience, in my opinion. It provides the contrast to feeling great — which is our destiny.

How can you recognize depression in yourself, as well as those close to you — the people you care about… your family… even friends or coworkers?

How to recognize someone with depressed mood

Let me review the signs and symptoms of depression after it has more fully developed:

Approximately 8% — nearly 1 out of every 12 — American adults carries the diagnosis of depression.  Depression is under-reported, and even more so in the elderly — which typically goes untreated.  Surprisingly, the 18 to 25-year-old age group has more depression than other age groups. It is three times more prevalent in women compare to men.

According to the Cleveland Clinic, ten times more women than men are diagnosed with depression. That’s because men don’t like to seek treatment because they feel ashamed to share it with a professional.  Consider the differences between male and female depression…

Men usually mask their emotions, and therefore can become angry. The facial expression will give you the clue to unhappiness. Or, consider their words and body language. Job loss, divorce, or rejection are big causes of depressed mood for men.

Instead of talking about their feelings, a man will mask painful feelings with alcohol, gambling, drug use, pornography, overworking and anger. Depressed mood usually expresses in some physical symptom such as stomach pains, chronic back pains or headaches, or high blood pressure. Depression in men is ultimately the major contributor to the estimated $83 Billion annual societal impact in lost productivity and medical bills due to adult depression.

In contrast to a man, a depressed woman is generally willing to cry and talk about how she feels. She will enroll others in her emotional drama especially if she doesn’t have an empathetic spouse.

Depression in women can easily be dismissed as hormonally-caused, such as perimenopausal mood changes or post-partum depression.

One important originating cause of female depression is the perception of not feeling accepted — especially by the significant men in her life (including father or brothers). This is more dramatic when there is physical, emotional or sexual abuse behind it.  Toxic emotions from these experiences become stored in her physical body and will usually show up later.

For women, depression manifests as such physical symptoms as weight gain, headaches, fibromyalgia (or other chronic pain), digestive illness, insomnia, excessive sleeping or fatigue. Underneath all this, I have personally witnessed that we all have an “inner child” who yearns to feel loved, fulfilled and excited for life again.

Sixteen years ago I began an in-depth journey to discover how thoughts and emotions affect disease and health. It was a spiritual a learning path and the more I learned, the more interest I found in spiritual awakening — and less in religious dogma.

I have learned that depression is an emotion: an energy-in-motion. This energy is generated by thoughts we think; and the more we entertain thoughts linked to higher (a.k.a. positive) emotions, the more our cells “vibrate” in such energy.

Contrariwise, the more we allow thoughts linked to lower vibrational thoughts, the lower our energy-in-motion and the worse we feel. What we think about and feel about…we bring about. This “law of attraction” is taught more in detail in the documentary movie, The Secret.

Since watching The Secret many times, I have become a student of Esther Hicks (a main original contributor to that movie). Esther explains how your emotional vibration is controlled by your very thoughts and how to move up the emotional scale.

By being aware of this built-in emotional guidance system, you can become master of your thoughts and… eventually reverse depression. However, it takes learning how to do this and practice.

Most already depressed persons will require a serious treatment to be able to begin learning self-mastery I described above. Therefore, in my follow up article on depression, I will share what treatments are available, including natural medicines.

To creating peaceful and positive emotions for health.