Home » Why your diet can make you depressed 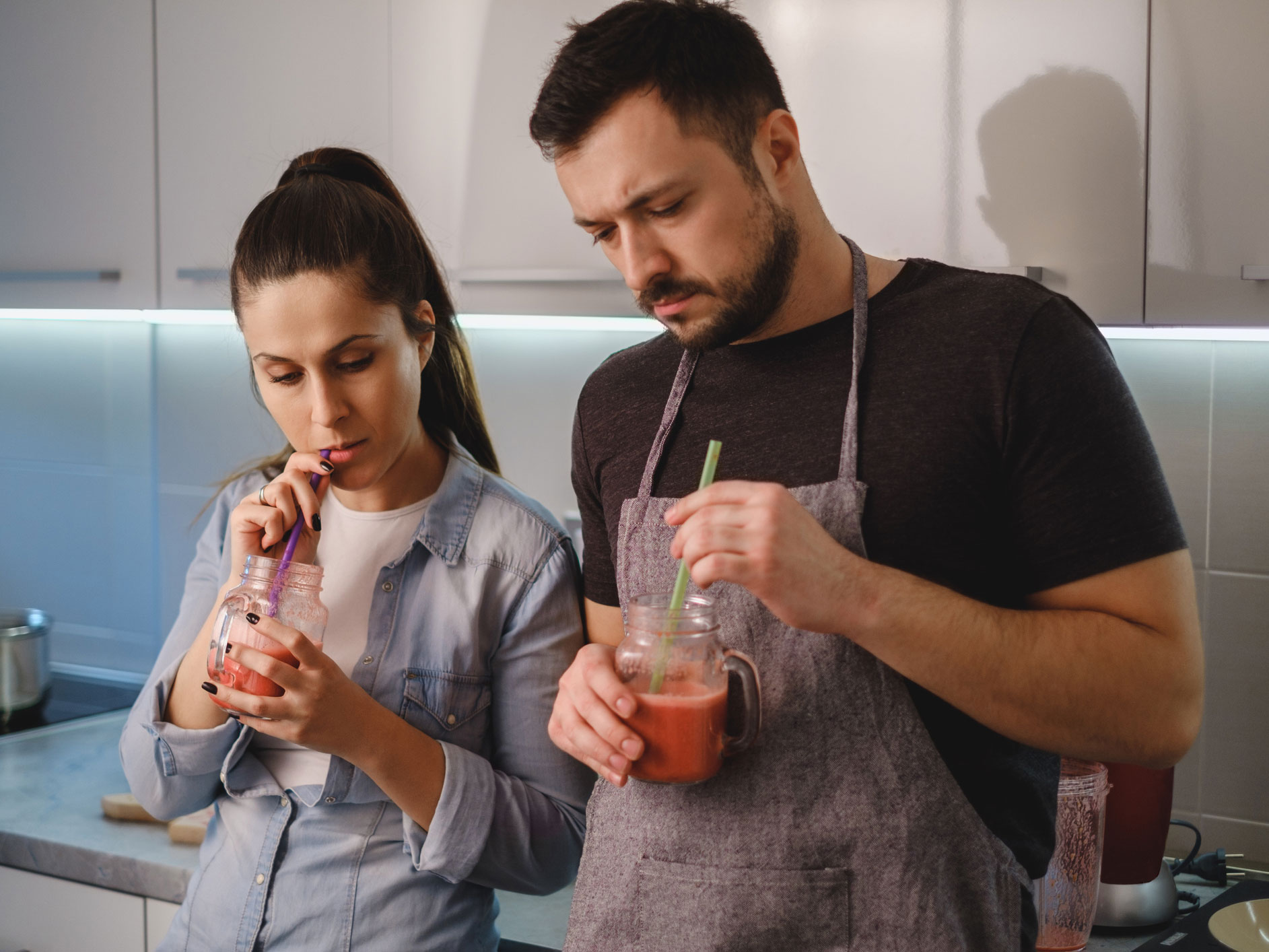 If you’re trying to eat healthier, you may have cut back on meat. And whether that means trading in your steak and burgers for salmon filets and tuna steaks, or cutting meat out altogether in favor of plant-based protein like tofu, tempeh, and quinoa, there is evidence that eating less meat has health benefits.

Eating a lot of red meat, for example, is tied to an increased risk of diabetes, kidney disease, and diverticulitis. Eating processed meat increases your risk of cancer and asthma. And eating more meat, in general, is tied to a shorter lifespan.

That’s why my paleo friends who use the diet as an excuse to eat meat and more meat (often the wrong meats, instead of the most nutritional cuts), without an equal or higher balance of vegetables and fruits are doing themselves a great disservice.

But the same disservice can affect full-fledged vegetarians, vegans and even those following what’s termed a plant-based diet if you opt for no animal products versus a few.

Just consider what I mentioned a couple of weeks ago about any diet that advises quitting one entire food group altogether, or severely limiting one. There will be repercussions eventually.

For people following a strictly vegetarian diet, the downside is depression.

And no, it’s not because your life loses all meaning when you can’t bite into a big, juicy hamburger. It’s because it’s all too easy for vegetarians to miss out on certain nutrients that are critical to mood and brain health…

It’s no secret that vegetarians — especially vegans — need to stay on top of their vitamin and nutrient intake. B12, for example, is a nutrient that’s in short supply in the plant kingdom. And omega-3s aren’t as plentiful in plants either — yet both are essential to a happy, healthy brain.

In fact, a recent study from researchers at Bristol University found that vegetarians are more than twice as likely to develop depression.

The study included 10,000 people, 350 of which were committed vegetarians. Researchers believe the unusually high depression rates among vegetarians can be traced back to B12 deficiency since 50 percent of vegans and seven percent of vegetarians are deficient in B12.

In case you don’t know, B12 is a natural mood booster. Your brain needs B12 to make serotonin, and serotonin deficiency has long been connected to depression.

But there are other possible contributing factors besides B12 deficiency…

Researchers believe that higher intakes of omega-6 fatty acids (which have been tied to an increased risk of mental health problems) could play a part in spiking depression rates among vegetarians too. It could also be related to iron deficiencies, a higher intake of phytoestrogens (the estrogens that occur naturally in legumes) and a lower intake of fish (eating a lot of fish tends to lower depression risk, most likely due to omega-3s).

Of course, the overall message here, whether you’re vegetarian or not, is that your diet affects your mood and mental health. So, make sure it’s healthy and well-balanced — and that you’re getting all the nutrients necessary for a happy brain.

What nutrients to watch out for

If you’re more of a flexitarian (someone who eats vegetarian a lot of the time but not all the time) than a vegetarian, you’re probably not in danger of these depression-causing nutrient deficiencies. But if you’re a committed vegetarian or vegan, then don’t get too lax about your nutrient intake…

If you’re vegan, for example, the most common vitamins and nutrients you need to stay on top off are:

I feel like, done right, the paleo diet strikes the perfect balance. But I understand there are reasons beyond nutrition that people choose to live a vegetarian or vegan lifestyle.

But like I said earlier, some (like B12) are practically impossible to get from non-animal sources. That’s why, it’s not a bad idea to take a high-quality, whole-food multivitamin daily.

But there are high-quality vegan supplements to be found. Make sure to choose one that contains at least 100 percent of your RDA of B12, which is 6 micrograms.