Home » Ditch the floss and swish this instead 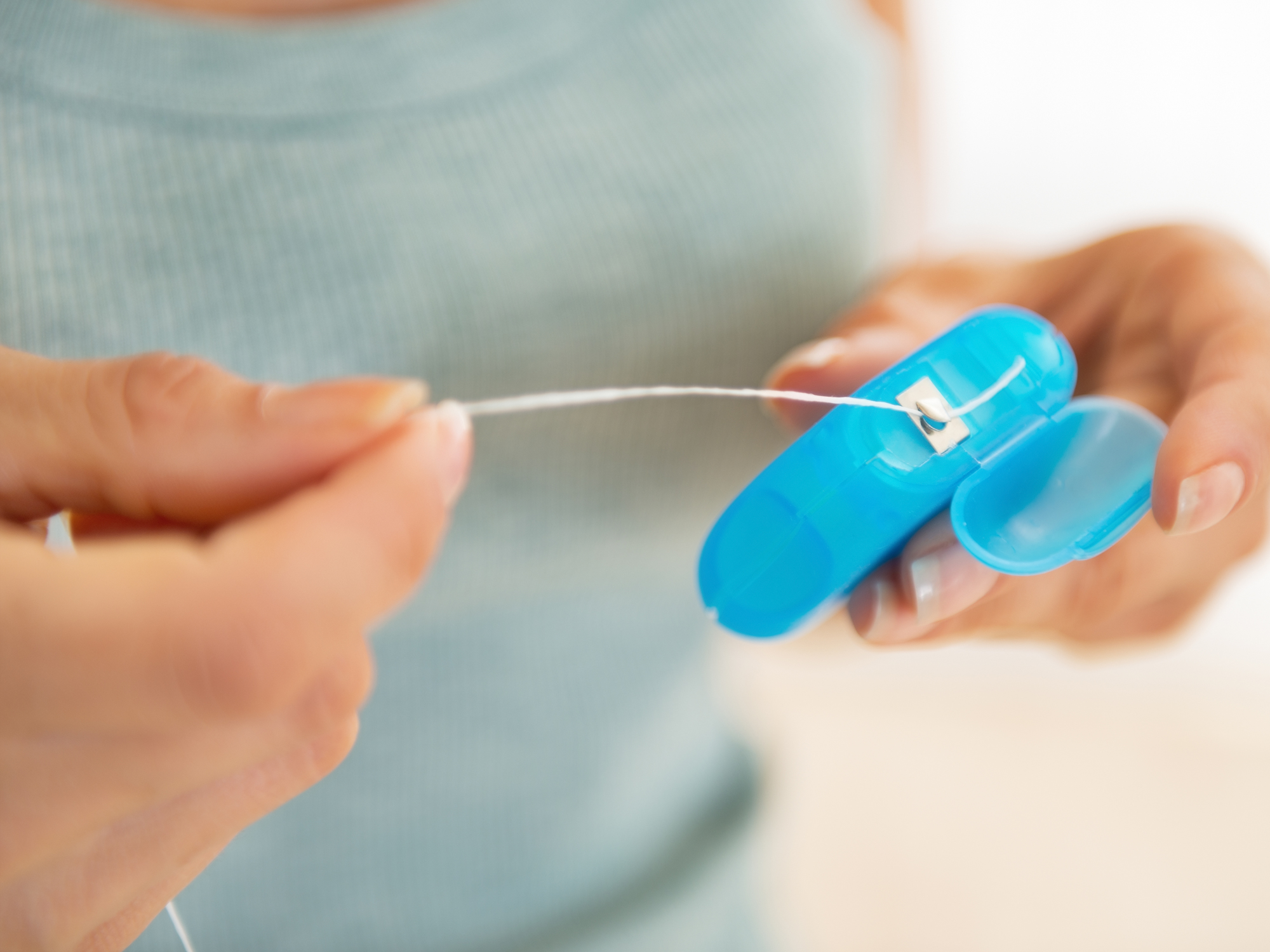 Brushing your teeth twice a day and flossing regularly are mainstays of oral hygiene, and have been for decades…

And every time you visit the dentist, you hear the advice. Flossing is part of good oral health and corporations and dental associations have been hammering home the party line forever. Yet, it seems the effects of flossing have never been proven.

What’s more, an ancient Indian Ayurvedic practice holds more promise for a clean mouth.  Do you believe it? Let’s take a look.

Flossing is huge business earning $2 billion annually worldwide. And every dentist and mom tells you to do it. But does it really work at preventing cavities and gum disease? A recent first-time inquiry says… not so fast.

As it turns out, there is no scientific proof that flossing does anything to improve oral health or prevent plaque and cavities. None at all. Can you believe it?

Yet in 1979 the US surgeon general actually began recommending flossing, a practice that was soon adopted by the Dietary Guidelines for Americans. The fact is, for something to be drafted into these guidelines they must, by law, be rooted in scientific evidence.

But this was never the case with flossing.

So last year, with the freedom of information Act on their side, the Associated Press National Investigation Team asked the departments of Health and Human Services and Agriculture for evidence to support flossing.

According to the Associated Press, of 25 studies that compared the use of a toothbrush with the combination of toothbrushes and floss… the evidence for flossing is “weak, very unreliable,” of “very low” quality, and carries “a moderate to large potential for bias.”

The story did single out one 2011 study that showed flossing offered a slight reduction in gum inflammation, but the evidence was “very unreliable.”

Not convinced? Read on…

This study concludes, “In light of the results of this comprehensive literature search and critical analysis, it is concluded that a routine instruction to use floss is not supported by scientific evidence.”

This study concludes, “No studies reported the effectiveness of flossing plus tooth brushing for preventing dental caries.”

And yet another study concludes, “The majority of available studies fail to demonstrate that flossing is generally effective in plaque removal.”

According to a recent press release by the American Dental Association, “Recent news reports question whether existing scientific research support oral health benefits associated with flossing. The bottom line for dentists and patients is that a lack of strong evidence doesn’t equate to a lack of effectiveness.”

The question really is, if flossing doesn’t do what we want it to (reduce bacteria and prevent cavities), than what can we do to accomplish this?

Pull a tool from Ayurveda

Ayurveda is a centuries old Indian healing tradition that continues its practice to this day. One of its practices are built around oral health, including the chewing of specific roots to reduce inflammation and strengthen gums. Here I’d like to present a practice known as “oil pulling.”

In this practice you put about two tablespoons for coconut oil in your mouth and swish it around for 10 to 20 minutes. This is actually quite difficult because when mixed with saliva and swished the oil emulsifies and can induce a gag reflex. So you do it for a few minutes and build up your time.

It’s worth it because oil pulling engenders healthy gums and prevents bleeding, tooth decay, and bad breath by breaking down oral bacteria. These bacteria are fat-soluble and coconut oil is a fat, a healthy omega-3 fat that breaks down and inhibits the oral bacteria Streptococcus mutans.

Is there proof in the oil pulling?

One randomized controlled study, published in the Journal of Contemporary Dental Practice, divided 60 subjects into three groups to test the efficacy of oil pulling versus Chlorhexidine (mouthwash).  Group 1 pulled oil, group 2 gargled Chlorhexidine, and a control group 3 rinsed with distilled water. There was found to be a significant reduction in Streptococcus mutans count in groups 1 and 2. The researchers concluded, “Edible oil-pulling therapy is natural, safe and has no side effects. Hence, it can be considered as a preventive therapy at home to maintain oral hygiene.”

And this triple-blind controlled study showed the effects of oil pulling on Streptococcus mutans count in plaque and saliva using Dentocult SM Strip mutans test. The conclusion was that “oil pulling can be used as an effective preventive adjunct in maintaining and improving oral health.”

The oral and cardio health connection

The bottom line is we want to do all we can to have a clean mouth and also to prevent the diseases that are connected to poor oral health caused by bacteria. If flossing is bogus, as we now know, then let’s stop wasting time and money buying and using floss and instead do something that have been proven effective in ancient times and in recent clinical studies: oil pulling.

Give it a try and see how your next dental appointment goes and how you feel overall.