Home » How to eat dessert and still lose weight 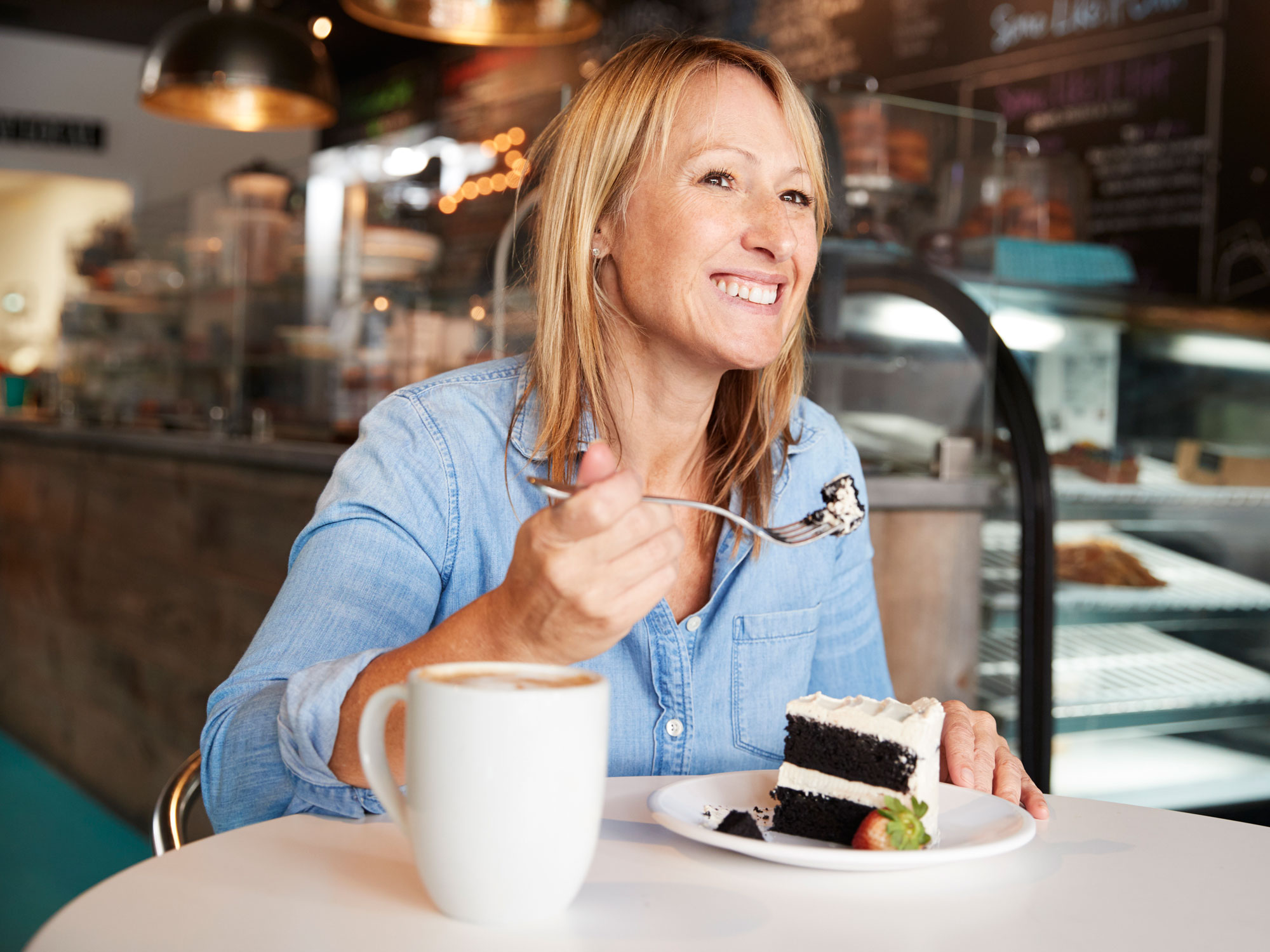 The words dessert and diet don’t seem to go together, right?

Well, the truth is that there is a way to make eating dessert work for weight loss.

Shocked, right? Stick with me while I lay out the details on how you can have your cake and eat it too — and still lose weight — starting with four separate experiments that were part of recently published research by the American Psychological Association…

Have you ever thought about getting dessert before your main meal? Well, there may be something to it…

In a cafeteria experiment, researchers placed either a healthy or less healthy dessert (fresh fruit vs. lemon cheesecake) at the beginning or end of a university cafeteria line.

They discovered that when diners picked the cheesecake first, they then chose lower-calorie main or side dishes and ultimately consumed fewer calories than diners who chose the fresh fruit first. Those effects weren’t found when either dessert was placed at the end of the food line.

In fact, those participants who chose an unhealthy dessert prior to picking out their main meal, consumed an average of 30 percent fewer calories (including the dessert) than diners who picked the healthier dessert (fruit) first!

If you normally would consume 700 calories at dinner, a 30 percent savings would be 210 calories. Considering that a pound of fat is equal to roughly 3,500 calories, you can see how quickly that type of savings can help you shed the extra weight.

“We believe diners who chose the indulgent dessert first then picked healthier main and side dishes to make up for their high-calorie dessert,” said Martin Reimann, Ph.D., an assistant professor of marketing at the University of Arizona who was one of the lead study authors. “Diners who picked the healthier dessert may have thought they already had done a good deed for their bodies so they deserved higher-calorie food further down the cafeteria line.”

Think about the food you choose

The researchers found that if you’re thinking about something else other than the food at hand when you’re making your choices, you could be in trouble. That’s because the final online experiment explored whether a diner’s mindset might affect their food choices.

However, participants with a high “cognitive load” who tried to remember the seven-digit number had the opposite result. They were more likely to choose high-calorie main and side dishes after picking a high-calorie dessert — and the calories added up fast!

“People should be aware that their initial food choices and their mindset may affect the overall healthiness of their meals,” Reimann said.

Now if you think these experiments were a fluke, think again. Other studies have indicated that dessert can help you lose weight. In fact, according to previous research, cutting out sweets all together can backfire on your efforts.

So, if you’re trying to lose weight and would like a sweet treat, go ahead. Simply choose that ooey-gooey, yummy dessert on occasion before you plan your meal to stack up some calorie savings.

Editor’s note: You don’t have to jump on board the latest health or weight loss fad to have the body and lifestyle you want. It’s much easier than you can imagine. And you can be on your way today with The Part-Time Health Nut, your guide to attaining your best health ever without extreme diets, dangerous pills or brutal workouts. Click here for a preview!