Home » The flavor of food addiction 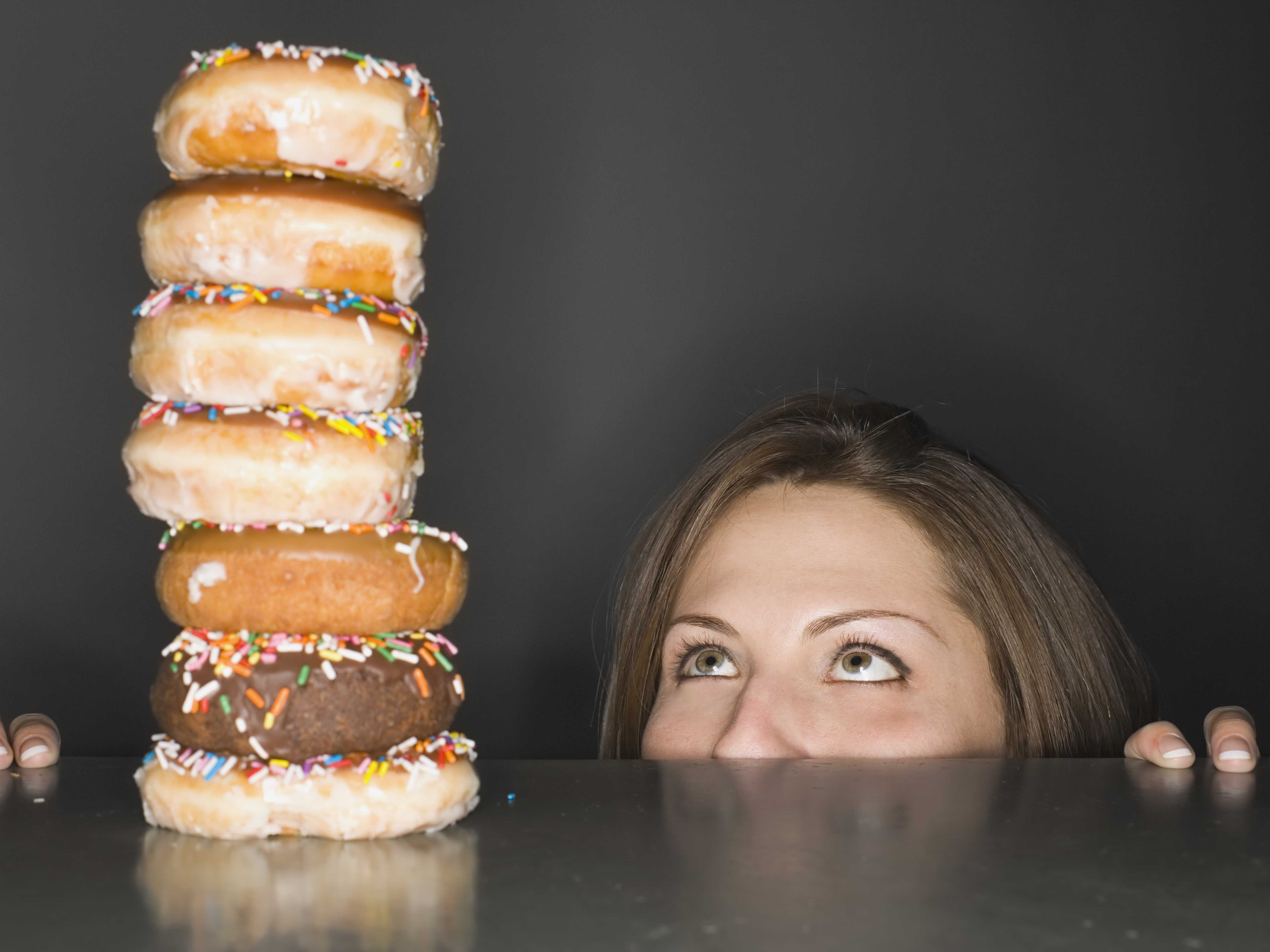 This week in my office a young mother working graveyard shifts came complaining of acid reflux and other symptoms.

When our discussion turned to what she might be eating that could cause such stomach pain, she confessed her daily morning addiction.

I don’t know if you’ve ever felt like a slave to unhealthy food cravings. But if you are anything like my patients, there are things you need to understand about the powerful brain chemicals involved and some important strategies to gaining your power back.

Addiction results when you ingest a pleasurable substance (drug or food) or do a pleasurable activity (gambling, sex, shopping) that becomes compulsive and is harmful to your health, relationships, or job function.

Now, I sure am thankful for all amazingly tasty foods. They’re a happiness in life we all enjoy! Unfortunately, our society has created all sorts of wonderful food tastes that when consumed over time will definitely interfere with health.

Donuts, ice-cream, French fries, colas, and many more are on the super long list that you know well. Just shop the central aisles of your local grocery store and you’ll see them. And approximately 90 percent of these are “dead” foods. They’re not even worthy of being called foods. If given a few years, they lead to all manner of chronic diseases and unhappiness.

How does the human brain develop an addiction to something as seemingly harmless as food? It’s because your brain chemistry gets involved like it does with addictive drugs. And it shouldn’t be any big surprise to know that refined sugars (sucrose and its many cousins) have been compared to an addictive drug.

The fact is, sugars are worse than drugs.

That’s because foods high in sugar (and trans-fat) change your brain chemistry much like drugs do. And like with a drug, you’ll need to keep getting these unhealthy foods once your brain has been trained to need them in order to feel good, or to even feel normal.

The neurochemistry of food addiction

What are neurotransmitters? These natural brain chemicals carry the messages to your brain and body that regulate your mood and appetite. You may have already heard of them:

Probably the main neurotransmitter that plays a major role in food addiction is dopamine, better known as the “feel good” hormone. Many studies have shown that binging on sugar specifically causes a release of dopamine.

There is a similarity between food addiction and food craving. Craving tasty yet unhealthy food is simply a result of eating them again and again.

Sounds like this would put you on the path to addiction, wouldn’t you say? Remember that although these nerve pathways get stronger the more you eat these junk foods, they also lessen the longer you can go without them

What else plays a major role in developing food addiction?

The emotional connection to food addiction

Craving nutritional food is natural when you get hungry. But for most of you, craving unhealthy food is particularly strong the more emotionally stressed you are. That’s because unhealthy foods bring instant pleasure and cause your brain dopamine to surge.

The other neurotransmitter involved with dealing well with stress is serotonin. As mentioned earlier, levels of serotonin result in depression and anxiety. It turns out that junk foods high in sugar and trans-fat help boost serotonin to feel better—but is just a short term artificial boost. What else is happening while you feel good for a few minutes is your nerve pathways are establishing a pattern of needing more, much like with dopamine.

One important hormone that determines how much body fat to store and when to stop eating is leptin. It turns out that dopamine has a direct relationship with leptin. When you eat a high sugar meal your leptin levels rise and so do your dopamine levels…and as mentioned earlier, you’ll need to have that dopamine level to feel good, or even normal.

Why you “can’t eat just one”

Refined sugar heads the list. And all foods with sugar are not equally addictive. That’s because the fast food and junk food industries use hundreds of modified food compounds (additives, preservatives) to increase appetite and cravings.

These flavor compounds are created by scientists known as “flavorists” and cause you to be hungry soon after eating them.

You’ve probably heard of some other sweeteners created in the lab. They are the artificial sweeteners like Nutrasweet (aspartame) and Splenda (sucralose). They are not just in sweet foods. Another famous one is MSG (monosodium glutamate) which is still added to soups, snack chips, ready-made dinners, frozen foods, canned goods, and fast foods to make them “taste good.”

MSG was reported in the August 2005 European Journal of Clinical Nutrition to cause a 40% weight increase in rats when they were given doses only slightly higher than equivalent to a normal human dose! [1]

In addition to causing appetite stimulation, it was shown in this study that MSG caused growth hormone suppression, which is known to accelerate aging. In mice studies MSG caused brain cell destruction.

So be aware to take particular attention to all those foods that come in a box, bottle, package or can. You know them: movie popcorn, Oreo cookies, and on and on! They are laden with preservatives that will take your cravings to addictions if you let them.

In my next article I’ll share some important scientific discoveries behind food addiction and how to reverse it. Stay tuned.