Home » Ginger: The autoimmune super spice that may slow lupus 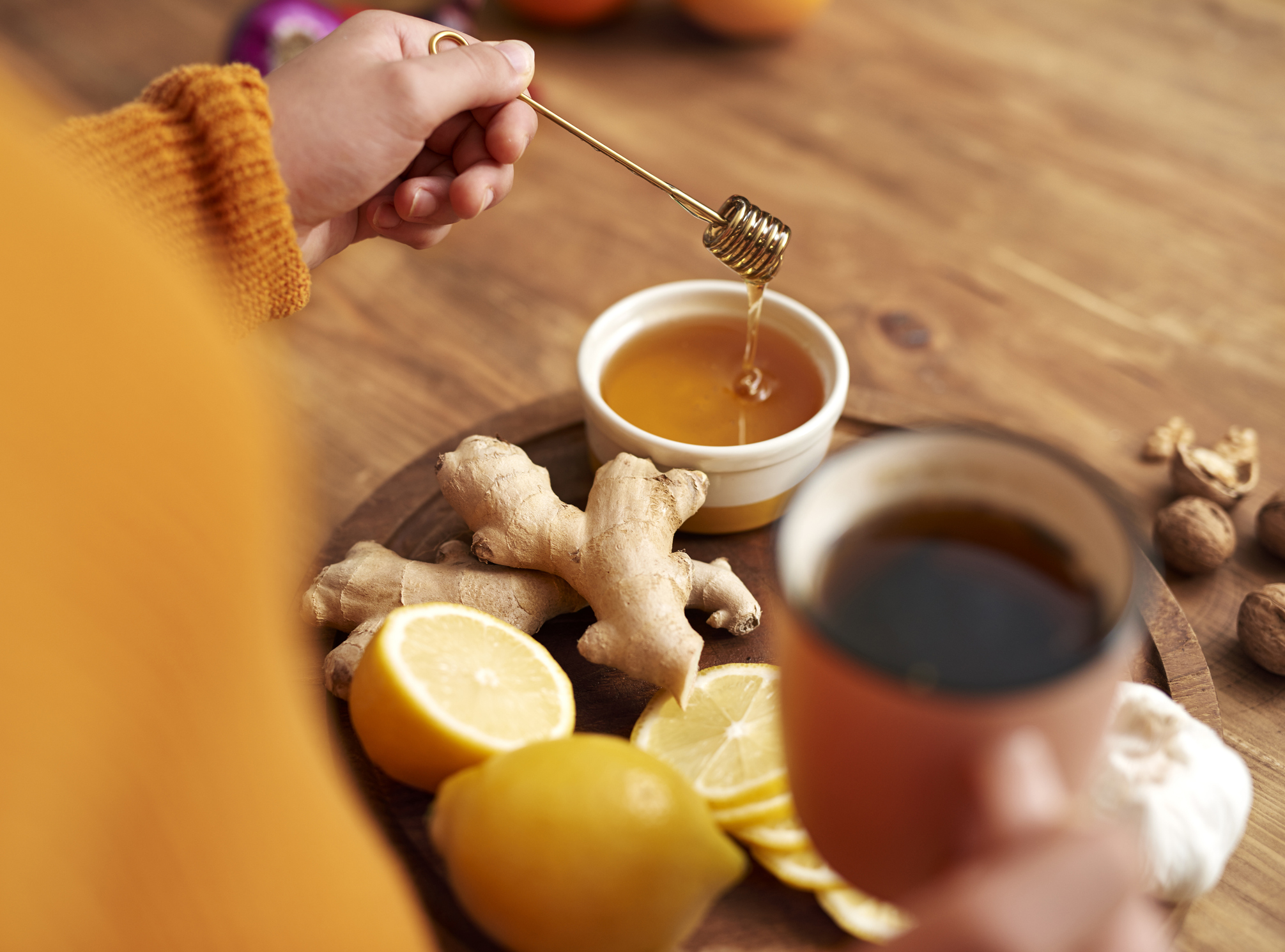 In autoimmune disease, the body’s immune system goes haywire, attacking its own healthy cells and tissues. This not only can result in organ damage, it lowers the body’s ability to fight off invaders, making it vulnerable to infections.

Most autoimmune disease treatments focus on reducing immune system activity. For instance, two common treatments for rheumatoid arthritis are corticosteroids and nonsteroidal anti-inflammatories (NSAIDs). However, both come with some unpleasant physical and psychological side effects, including high blood pressure, stomach problems and memory issues.

Because use of these medicines is usually for the long term, researchers are exploring natural alternatives that might have fewer of these harmful side effects. And one group has discovered a plant-based compound that may help stop the progression of certain autoimmune disorders….

Active compound in ginger root could slow down lupus

According to a Michigan Medicine-led preclinical study, the main bioactive compound of ginger root, 6-gingerol, counters the mechanism that fuels two autoimmune diseases in mice: lupus and antiphospholipid syndrome (APS). The compound helps to halt disease progression by lowering the production of damaging autoantibodies, immune proteins that mistakenly target and react with a person’s own tissues or organs.

Lupus is a disease in which the body’s immune system malfunctions and starts to attack and damage healthy cells and tissues. Parts of the body affected by the disorder include the joints, skin, heart, lungs, brain, kidneys and blood vessels. Patients with lupus can experience periods of wellness followed by flares of active disease.

APS is a condition often associated with lupus that causes life-threatening blood clots. In APS, the immune system mistakenly attacks a type of fat molecule called a phospholipid that can be found on the surface of cells circulating in the bloodstream and lining the blood vessels. When this happens, it can cause abnormal blood clots to form, which can block blood flow and damage the body’s organs.

The researchers specifically examined these diseases because they both cause widespread inflammation and damage tissues and organs over time. And they chose ginger because of its known anti-inflammatory and antioxidative effects, making it a popular herbal supplement to treat inflammatory diseases.

The way 6-gingerol acted on lupus or APS in these mice was by preventing the neutrophil extracellular trap (NET) release triggered by the autoantibodies these diseases produce.

According to Dr. Ali, these webs play an important role in lupus and APS by triggering autoantibody formation and contributing to blood vessel clotting and damage.

Dr. Ali discovered that after giving the mice 6-gingerol, they had lower levels of NETs. The compound also drastically reduced their tendency to make clots and appeared to inhibit neutrophil enzymes called phosphodiesterases, which in turn reduced neutrophil activation.

What the research team found most surprising of all was that the mice, regardless of whether they had lupus or APS, had reduced autoantibodies, which suggests the inflammatory cycle was broken.

The Delicious Way to Soothe Your Senses, Featuring Organic Fermented Turmeric, L-Theanine from Organic Green Tea Leaf and an Organic Spice Blend including Ginger and Cinnamon!

Dr. Ali and his team believe the results of the preclinical study in mice encourage clinical trial development in humans.

Dr. Jason Knight, a rheumatologist and study co-author, notes that the results may not fit all patients with lupus or APS. “But I wonder if there is a subgroup of autoimmune patients with hyperactive neutrophils who might benefit from increased intake of 6-gingerol,” Dr. Knight says. “It will be important to study neutrophils before and after treatment so we can determine the subgroup most likely to see benefit.”

While the researchers do not believe 6-gingerol could be a primary therapy for someone with active lupus or APS, they are interested to see if the natural supplement can help those at high risk for disease development.

“Those that have autoantibodies, but don’t have activated disease, may benefit from this treatment if 6-gingerol proves to be a protective agent in humans as it does in mice,” Dr. Ali says. “Patients with active disease take blood thinners, but what if there was also a natural supplement that helped reduce the amount of clots they produce? And what if we could decrease their autoantibodies?”

Ginger is a popular spice and can be added to many recipes, including small amounts of the fresh root in smoothies. According to the researchers, “ginger extracts are generally regarded as safe with 2 grams daily (approximately 25 mg kg-1), demonstrating low levels of toxicity and high levels of tolerability in humans.”

Other ways to help manage the pain and stress associated with lupus include biofeedback, acupuncture and meditation. If you have lupus and want to try alternative medicine to manage your symptoms, make sure you check with your doctor first so you can work out a treatment plan that’s most effective for you.

What Are Autoimmune Disorders? — WebMD

Prednisone and other corticosteroids — Mayo Clinic