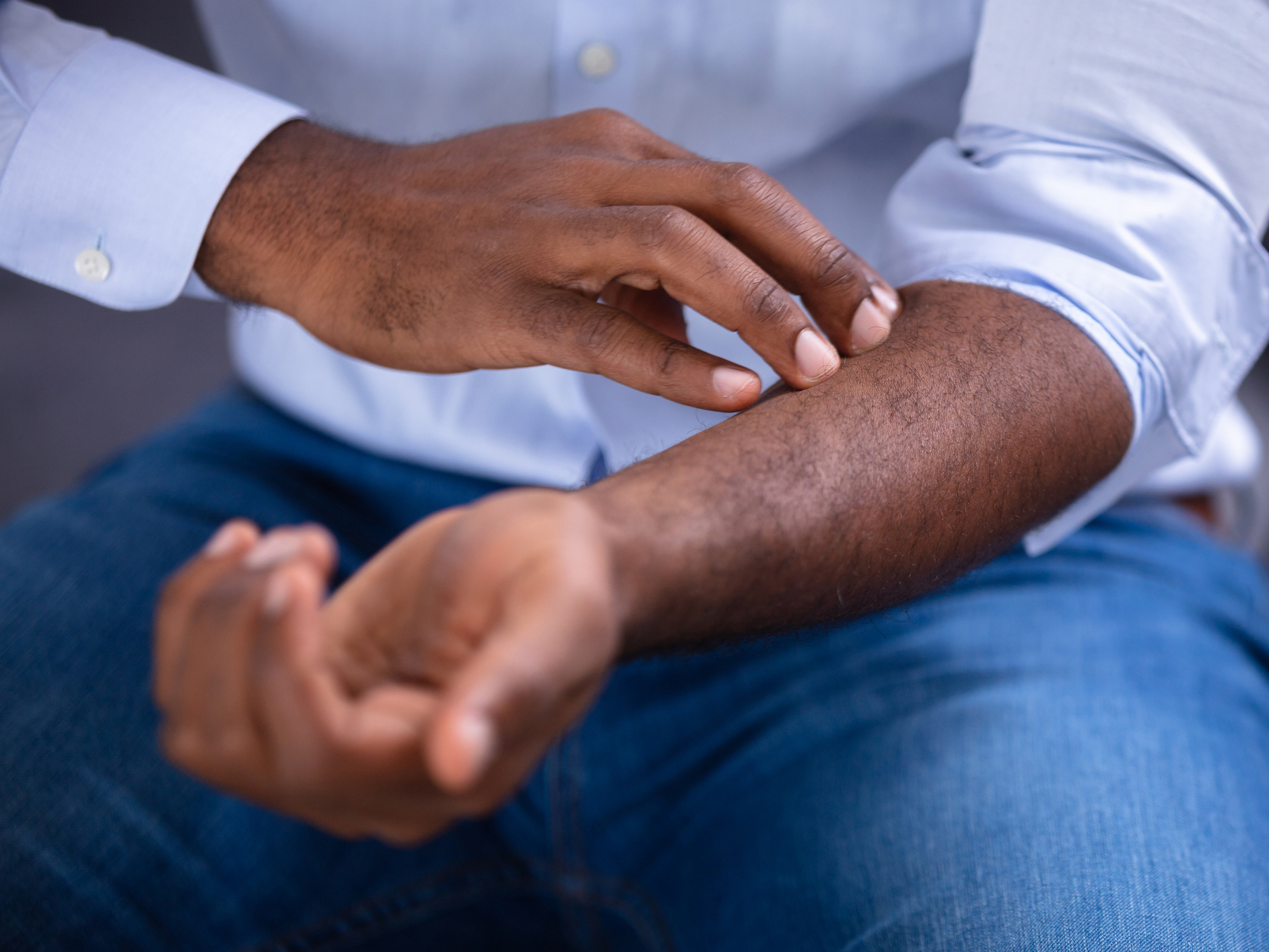 If you live with a chronic skin condition such as acne, dermatitis, eczema or even psoriasis, you know there are a number of factors that can trigger a downward cascade, exacerbating your problems and increasing inflammation, irritation, redness, and swelling.

In short, these extra symptoms can make a bad situation much, much worse.

Some of the most common triggers that can increase your skin problems include:

Unfortunately, it doesn’t end there…

Common bacteria that live on your skin can also cause serious problems. They can invade open patches of your skin, leaving you at risk for painful, even dangerous infections.

In the past, you would have been forced to rely on antibiotic pills or creams to combat these bacteria but the side effects of those treatments can be harsh, to say the least. Oral options can lead to stomach upset, diarrhea, vomiting, and yeast infections while the creams not only slow the healing of any wounds you might have, they can also cause swelling, redness and blistering — something you definitely don’t need more of if you already have a skin condition.

And, that doesn’t even account for the fact that the use of antibiotics can lead to resistance and leave you open to infection from superbugs, putting not just your skin but your life at risk.

Luckily, a new study using recommendations from a 16th-century text on Traditional Chinese Medicine may have the answer to fighting off skin pathogens without turning to antibiotics.

Not just for your memory anymore

The study, conducted at Emory University, set out to test claims in a text known as the Ben Cao Gang Mu, the most comprehensive book on Traditional Chinese Medicine.

It was compiled and written in the 16th century by Li Shi-Zhen during the heyday of the Ming Dynasty. And what was of particular interest to modern-day researchers were claims in this ancient text that attributed antimicrobial properties to the Ginkgo biloba tree (a tree whose leaves have been studies for their power to enhance memory).

In other words, they can kill bacteria on the skin.

One volume of the text described 17 traditional uses for the ginkgo seed, including eight for skin disorders such as chapped hands and feet, rosacea, crab louse-induced itchiness, dog-bite wound abscesses, and pustules.

Treatment recommendations included preparing a paste of ground up Ginkgo biloba seeds mixed with rice wine or other alcohol, or by immersing the crushed seeds in rapeseed oil and then applying to the affected area.

So, the researchers followed the instructions, preparing extracts of the seeds and performing microbial experiments on 12 different bacterial strains.

The traditional Chinese recommendations were spot on!

The results showed that the ginkgo seed coats (the fleshy outer layer) and the immature seeds possessed antibacterial activity on three of the strains tested: C. acnes, S. pyogenes, and S. aureus.

As the name suggests, C. acnes is linked to the skin condition acne while S. pyogenes is one of the leading causes of skin and soft tissue infections.

That’s a lot of power wrapped up in one natural extract!

Now, the researchers do warn that their findings are still in the early stage and the study was performed in Petri dishes, not in humans.

But the thought of a new antimicrobial treatment from this natural source is certainly promising and exciting considering the dilemma of antibiotic resistance and the slow process of antibiotic development.

However, if you would like to try ginkgo seeds to protect your skin, there is one thing you do need to be aware of…

Ginkgolic acid, one of the most active constituents in ginkgo has shown to be toxic to your skin when it’s not diluted.

This means you never want to crush up ginkgo seeds and apply them directly to your skin, thinking that it will work even better — only use an extract, and test on a small area to see if you experience an allergic skin reaction.