Home » The ‘happiness-building’ workout boosts your mood and your health 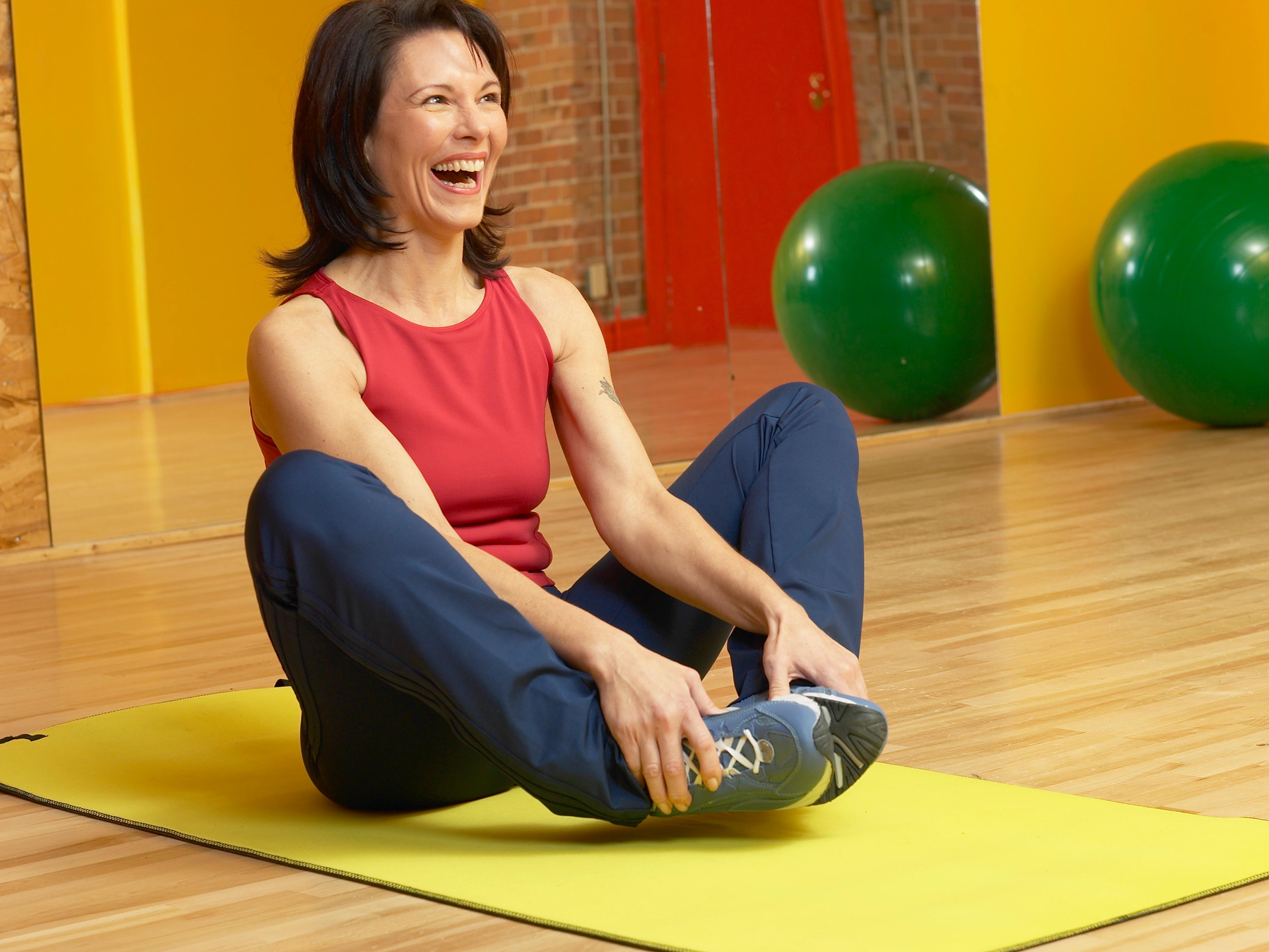 The better you take care of yourself, the healthier you’ll be. But you know that already. It’s exactly why you’re reading this article now: It’s important to you to do as much as you can to live a long and healthy life, like eating right and exercising to avoid disease.

But there’s something else you probably worry less about, and you may be surprised to learn it’s a major factor for keeping you well.

Scientific research offers compelling evidence that your mood plays a powerful role in keeping you healthy. And if yours tends to be down in the dumps, don’t give up. You can still benefit…

Happiness and health – a chicken and egg dilemma

In 2010, Harvard-trained positive psychologist, Shawn Achor, challenged the long-held belief that happiness is a natural byproduct of success and health. We tend to believe that if we achieve a certain outcome (e.g. a new promotion), then we’ll be happy.

But in his groundbreaking book, “The Happiness Advantage,” Achor argues that happiness is not an outcome — it is an input. By focusing on positive outlooks first, all other goals become more achievable, even greater health.

It sounds like a wild notion, but plenty of independent research shows that negative emotions have a negative impact on our health, while positive ones have a positive effect:

Eliminating all of the stressors in your life that ultimately weigh heavily on your immune system may be an impossibility. But a positive outlook is undoubtedly a powerful tool for limiting, possibly undoing, the damage stress has on your body.

But what if you’re generally not very happy? Does that mean you’re doomed to miss out on the powerful happiness factor that could help you be less likely to get sick and more likely to recover from illness, failure and stress?

Of course not. It just means you just need to follow the happiness-building workout to get happy…

It may be hard to believe, but this works. The trick is to fake a real smile – even when you don’t feel like it.

Why does it work? Results shared at an annual conference of the British Psychological Society found that the outward expression of an emotion actually fuels the real emotion.

“It would appear that the way we feel emotions isn’t just restricted to our brain—there are parts of our bodies that help and reinforce the feelings we’re having,” says Dr. Michael Lewis, a co-author of the study. “It’s like a feedback loop.”

Step Two: Find purpose and meaning in the things you do

Finding meaning in what you do can dramatically increase your happiness baseline (and thus, your immune system) — even if it’s something as mundane as cleaning your house. Seriously –great example right here…

In “The Happiness Advantage” Acher cites a famous experiment in which two groups of hotel cleaning staff performed the same task: vacuuming. But one group was told that act of vacuuming provided helpful cardiovascular exercise.

After a few weeks of cleaning, the “cardio” group not only lost weight, they also managed to reduce their cholesterol levels. It was the same work in both cases, but the group who believed they were receiving healthful benefits found greater meaning in the jobs they performed, and they emerged healthier as a result.

How can you make this work for you? Well, you probably set a little workout time aside every week, so why not try this ‘happiness-building’ exercise:

Like diet and exercise, happiness is a lifestyle, not a one-off fix. We concern ourselves to a great degree about the food we eat and the exercise we do or don’t get — while our happiness is something we seem content to leave to chance.

Considering the significant impact happiness can have on your health, it’s certainly worth working at don’t you think… especially when it could be as easy as turning a frown upside down.