Home » Why that Harvard professor is wrong about coconut oil 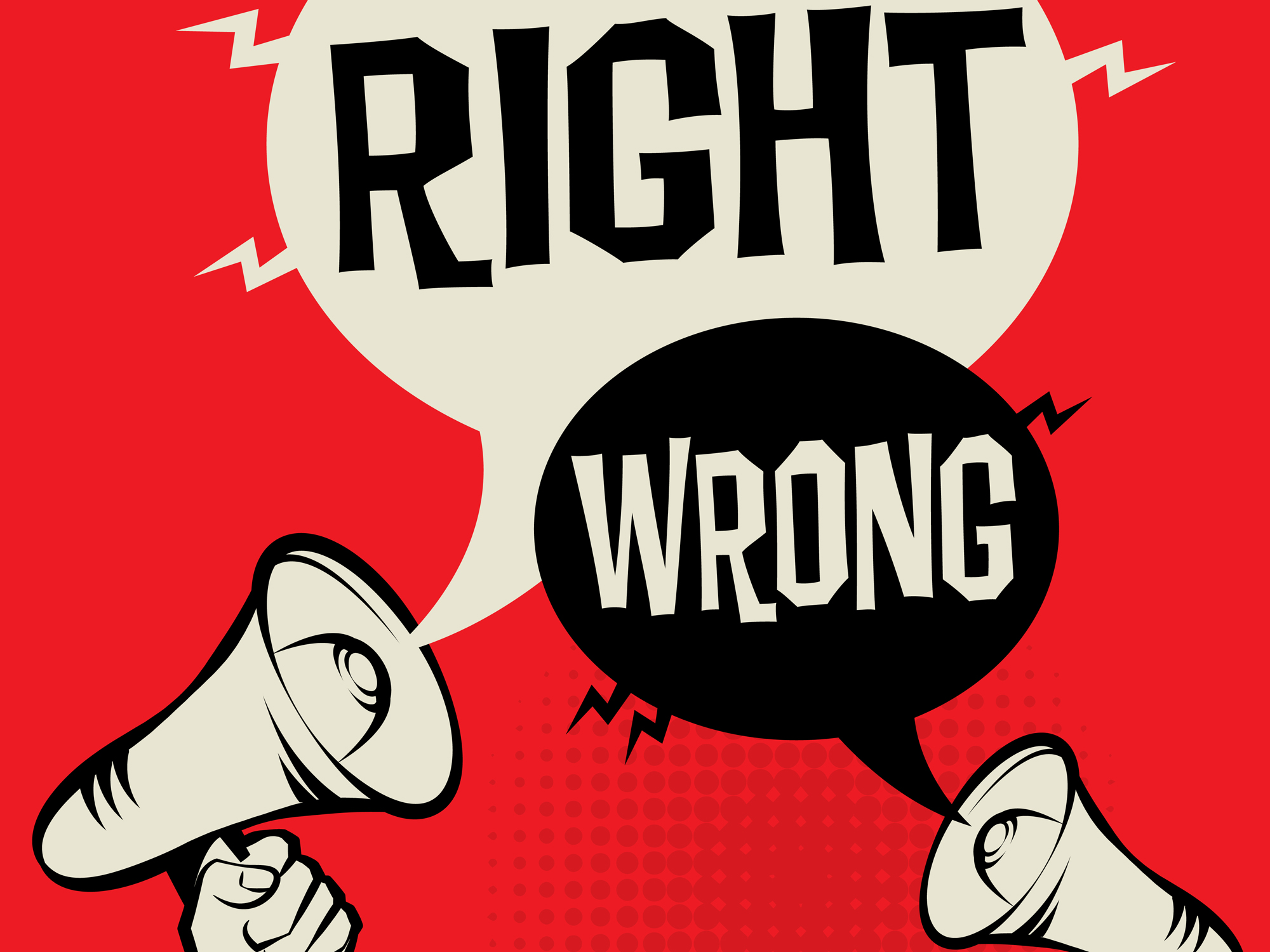 You may have heard about the recent YouTube video in which a Harvard Professor “debunks” the health qualities of coconut oil.

In it, U.S. Harvard professor, Karin Michels, called coconut oil “pure poison” and “one of the worst foods you can eat,” in a lecture directed to students of the University of Frieberg, Germany.

Her lecture was titled “Coconut Oil and Other Nutritional Errors.” If you understand or speak German, you might want to view the video yourself.

But if not, I’ll be glad to give you the run down, and explain why the Harvard professor… and the 2017 statement by the American Heart Association (AHA)… are both wrong about coconut oil…

Why Professor Michels reported in error

Michels is the director of the Institute for Prevention and Tumor Epidemiology at the University of Freiburg and a professor at the Harvard T.H. Chan School of Public Health. She presented basically what the AHA stated in their (incorrect) 2017 recommendation to avoid coconut oil and instead to consume polyunsaturated vegetable oils like Canola oil. It was entitled “Dietary Fats and Cardiovascular Disease — A Presidential Advisory from the American Heart Association.”

Rachel Johnson, Ph.D., R.D., a professor of nutrition at the University of Vermont, said in a statement supporting the AHA at the time: “This important paper reaffirms the scientific evidence that saturated fat raises LDL cholesterol, a leading cause of atherosclerosis… furthermore, replacing saturated fat with polyunsaturated fat reduces the incidence of cardiovascular disease.”

First about coconut oil. Where exactly does coconut oil even enter the equation? They looked at 4 clinical trials (systematic reviews and meta-analyses) on the subject as their “core evidence” to support their conclusions. They point out that polyunsaturated vegetable oil reduces cardiovascular disease (CVD) compared to saturated (animal) fat. Then they suddenly make this incorrect connection to coconut oil (just because it is high in saturated fat).

One study showed “the potential beneficiary effect of virgin coconut oil in lowering lipid levels in serum and tissues and LDL oxidation by physiological oxidants. This property of VCO may be attributed to the biologically active polyphenol components present in the oil.”

Another study investigated the effect of cooking oil (coconut oil and sunflower oil) on lipid blood profile, antioxidant mechanism, and heart artery health in patients with established heart disease. They concluded, “Coconut oil is high in natural saturated fats. Saturated fats not only increase the healthy cholesterol (known as HDL) in your body, but also help to convert the LDL “bad” cholesterol into good cholesterols. By Increasing the HDL’s in the body, it helps promote heart health, and lower the risk of heart disease.”

Observational evidence suggests that consumption of coconut flesh or squeezed coconut in the context of traditional dietary patterns does not lead to adverse cardiovascular outcomes. However, due to large differences in dietary and lifestyle patterns, these findings cannot be applied to a typical Western diet.

The Sri Lanka study, which looked retrospectively at coconut consumption patterns from 1961 to 2006 and concluded that consumption of coconut products does not increase heart disease deaths.

Two studies demonstrating virgin coconut oil’s cardioprotective effects, suggesting that it can be a dietary intervention to help reduce CVD.

Coconut oil has heart protective effects, despite it being high in saturated fat. It increases HDL (good) cholesterol, which is more important to heart health than elevated LDL levels. Coconut oil raises LDL-cholesterol, but it also has been shown to lower the oxidized (sticky) amount of LDL in addition to raising your (good) HDL-cholesterol. A study appearing in the February 2011 issue of the American Journal of Cardiology showed that the higher the HDL cholesterol levels in men, the more likely they would live to the age of 85.

A landmark study in 2009 revealed that nearly 75% of patients who are hospitalized for a heart attack have LDL cholesterol levels within the recommended target for LDL cholesterol. That’s because LDL by itself is not the reason for heart attacks. Rather, inflammation in the body, which produces oxidized (“sticky”) LDL-cholesterol, plus many more chemical mediators that lead to heart disease, are the real culprits here.

According to Web MD, “Coconut oil’s saturated fat is made up mostly of medium-chain triglycerides, or MCTs… your body handles them differently than the longer-chain fats in liquid vegetable oils, dairy, and fatty meats.”

Actually, the adverse health effects previously shown to be associated with saturated fats are most likely due to other factors, not just to the saturated fat content.

Our government incorrectly tells us that vegetable oils are good for us because they are polyunsaturated fatty acids (PUFA), and not saturated oils. They want us to believe that saturated fats are categorically bad for you. The problem with that is, the scientific literature says otherwise. Let me explain further.

In contrast to saturated fat, vegetable oils are clearly associated with an increased risk of diseases like heart disease, cancer, diabetes and obesity. Even many world governments have recognized this.

Furthermore, it’s no secret that vegetable oils also contain significant amounts of trans fats. Soybean and canola oils found on U.S. store shelves were found to have 0.56 percent to 4.2 percent of the fatty acids in them were toxic trans fats.

Here’s what else you deserve to know:

Vegetable oils may contribute to disease while saturated fat intake does not. Look at this science about saturated fat:

Coconut oil for more than just your heart

Despite what the American Heart Association will tell you, coconut oil is now considered to be a highly nutritious ‘functional food’ for health. That’s because it is rich in dietary fiber, vitamins, minerals, and antioxidants and has many other health benefits.

Coconut oil for brain health
We know that Alzheimer’s Dementia is accelerated by a diet too low in fats. Coconut oil’s saturated fat is mostly made up of medium-chain triglycerides (MCTs), which your body handles differently than the fats in liquid vegetable oils, dairy, and meats. It turns out that coconut oil consumption not only reduces the progression towards Alzheimer’s Disease, but it also lessens the cognitive deficits seen in this condition.

Obesity, dyslipidemia
Consumption medium-chain triglycerides (MCT) oil has been shown to cause weight loss and hunger reduction compared to long chain fatty acids such as olive oil. Some studies of specifically coconut oil show that it reduces hunger, causes weight loss, or reduces abdominal obesity. In a randomized double-blind, clinical trial of forty women aged 20-40 years, participants consumed 2 tablespoons of either soy bean or coconut oil for 12-weeks. While both groups were found to lose weight, only those who consumed coconut oil had significant reductions in waist circumference (i.e. belly fat). Also, only the soy bean oil group had unfavorable lipid measurements of decreased (good) HDL-cholesterol and increased total and LDL-cholesterol.

Improves hair, skin, and wound healing
One study found that supplementing with coconut oil prevented combing damage. That’s because, “Coconut oil…has a high affinity for hair proteins and… is able to penetrate inside the hair shaft,” while mineral oil does not do this. Furthermore, coconut oil supplementation has been shown to improve the skin condition called xerosis (rough, itchy, dry skin) better than mineral oil.  There’s no wonder that it also effectively treats atopic dermatitis (eczema) and dandruff. Coconut oil stimulates collagen production, enhances collagen cross-linking (strengthens and tightens skin), and causes a high turnover of collagen. An animal study revealed that wounds healed much faster when coconut oil was applied topically. When researchers examined the tissue under a microscope they found increased fibroblast proliferation (new cell growth) and neovascularization (new blood vessel formation) in coconut oil-treated wounds compared to controls.

This settles my questions about coconut, saturated fat, and vegetable oil consumption.